Lisa
11/08/2010
Facebook
Twitter
Linkedin
Email
Print
Arthur LeBlanc used to love playing cops and robbers when he was growing up in Michigan. After serving in the Navy and a stint as a self-employed businessman, he followed his childhood dream and became a police officer,

Mr. LeBlanc led the Coronado Police Department as chief from 1969 to 1980 and he was chief of the San Diego Unified Port District Harbor Police from 1980 until his retirement in 1991.

A gregarious leader who loved his work, Mr. LeBlanc was proud to have also graduated from the FBI National Academy.

Mr. LeBlanc died of congestive heart failure Oct. 5 in Palm Desert. He was 84. He had moved to Palm Desert after retiring.

Paul Dodson worked for Mr. LeBlanc at the Coronado Police Department. “He was the best Chief I ever worked for,” Dodson said. “He was big and he was loud but not in a bad way. You knew when he was in the building. He was a very fair chief and widely respected.”

Mr. LeBlanc stood behind his staff, Dodson said, recounting an incident when he was giving a speeding ticket to a motorist who was running late after having had lunch with the police chief. “He said, I don’t think you heard me, I just had lunch with your chief.’ I said Yes sir, I heard you the first time.” When Mr. LeBlanc later asked him about the matter, Dodson told him what happened. “He asked me, So you wrote him a citation?’ and I said I did, he said Good.'”

Read the entire obituary from the Union Tribune here. 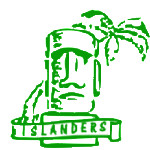 A Day On Coronado Island

Layoffs Approved by Coronado School Board