Movie legend Jane Russell visited Coronado last week to celebrate a good friend’s birthday. Christina Paine-Ross, a Coronado resident and former actress celebrated her birthday with Russell and a handful of other close friends at a special dinner, then took great delight in sharing with her some of the magic of Coronado.
“It was really wonderful to have Jane here for my birthday,” said Paine-Ross. “She doesn’t get down this way very often, and so we made sure it was a night to remember.”
Russell, movie legend, Hollywood sweater girl, singer and philanthropist, turns 88 in June. “It’s so beautiful here in Coronado,” said Russell. “I could live here easily.” Russell was captivated by, in her own words, “the small town charm of Coronado.”
Currently the movie legend resides in Santa Maria, along the Central California coast. She still sings Big Band music once or twice a month near her home, and travels to numerous special events when she is needed. She enjoys life to the fullest surrounded by children and grandchildren.
During this trip to Coronado there was one item high on her priority list. “I wanted to see my old friend Bob Hope,” said Russell. Currently there is a tribute to the comedian and entertainer at the Midway Museum across the bridge.
Russell had heard about the tribute, but not seen it. As she stepped from the car and looked up to see a life-size statue of Bob Hope, surrounded by more statues of servicemen and women simulating one of his memorable trips overseas to entertain the troops, the emotion welled up inside of her.
One by one, starting with Bob Hope, Russell walked up to the statues and hugged them or linked arms with them. It was a deja vu of sorts, as Russell had worked with Bob Hope on the movie “The Paleface” (1948) and shared the stage with him numerous times to entertain the troops, posing with them afterwards for pictures and conversation.
“This is just how it was,” she said. “The troops surrounded the stage and couldn’t have been more pleased when Bob took hold of the microphone. It was a special memory of mine to have been involved, and this is a beautiful tribute to a wonderful man.” As she spoke, a recorded broadcast of one of Hope’s USO trips to Vietnam played over loudspeakers
adding even more depth to her visit.
On her way across the bridge back to Coronado, Russell broke into a couple verses of “Diamonds are a Girl’s Best Friend,” much to the delight of those present. 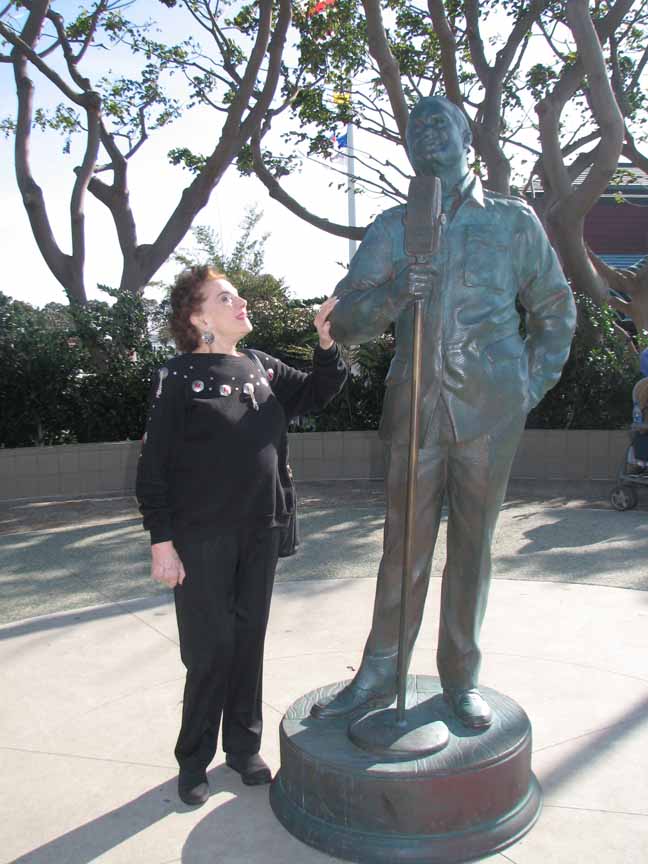 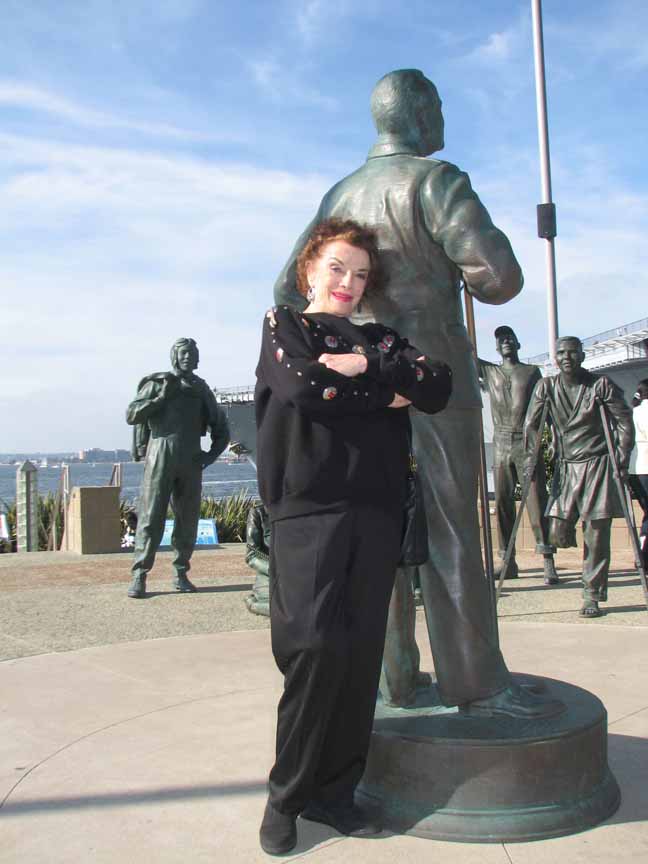 Actress Jane Russell poses with a statue of her late friend Bob Hope. Russell was in Coronado last week to celebrate a friend’s birthday. Photos by Joe Ditler. 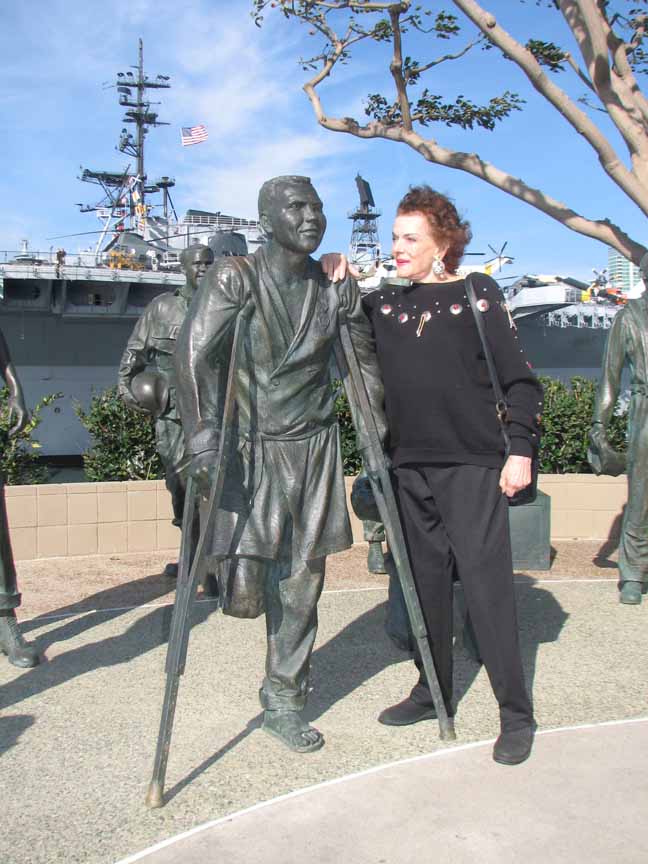 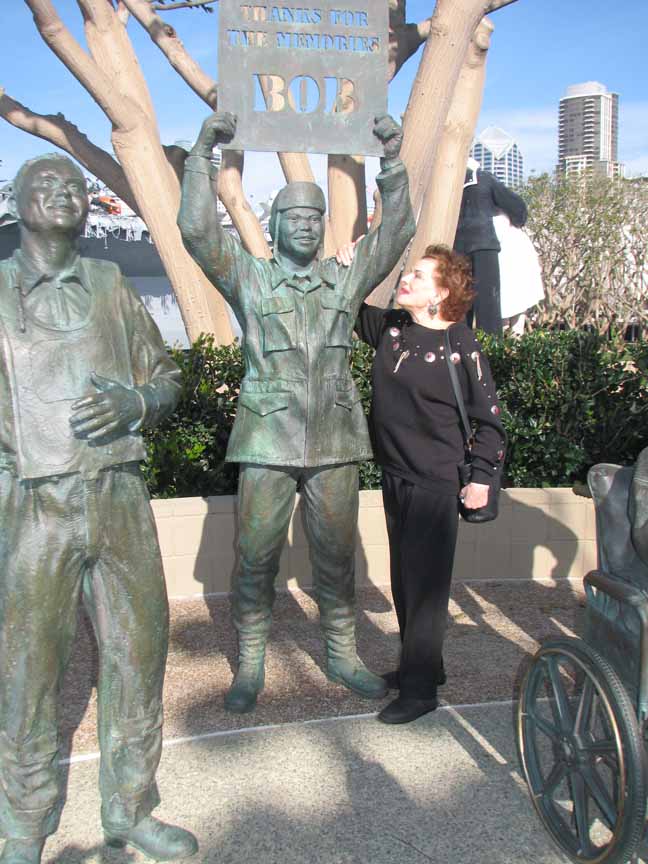 Jane Russell, legendary Hollywood starlet, recently visited Coronado but took a side trip across the bridge to see a tribute to her late friend, Bob Hope. Here she poses with statues of servicemen and women, as she did years ago with Bob Hope as they traveled the world boosting the morale of our troops. Photos by Joe Ditler. 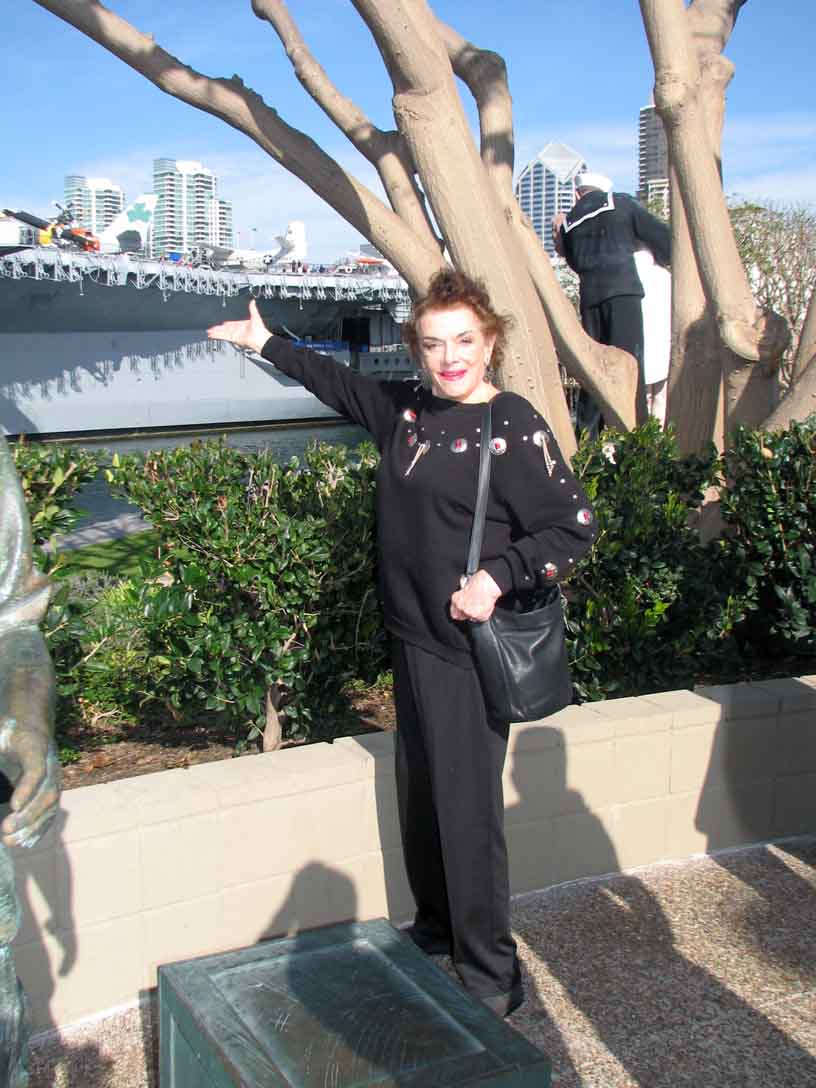 As a way of saying ‘thank you’ to the aircraft carrier USS Midway, actress Jane Russell gives the Midway Museum a wave. Photo by Joe Ditler. 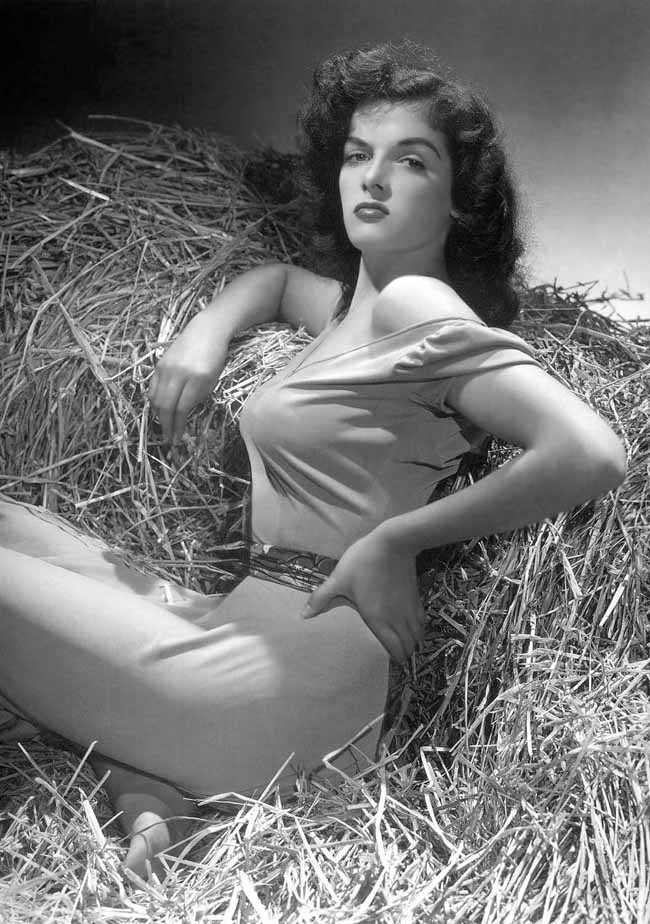 Actress Jane Russell as a teenager, and star of Howard Hughes highly controversial film, “The Outlaw.” 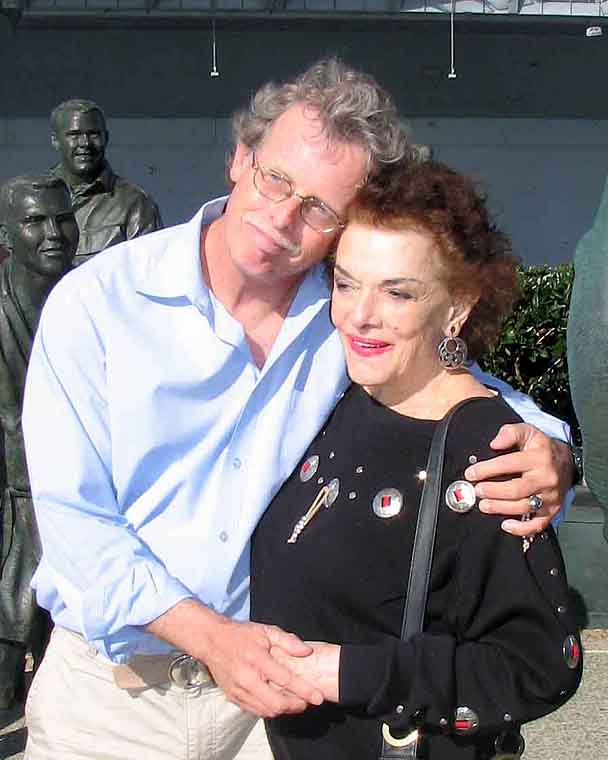 The author shares a special moment with Jane Russell as they react to the Midway Museum’s tribute to Bob Hope.