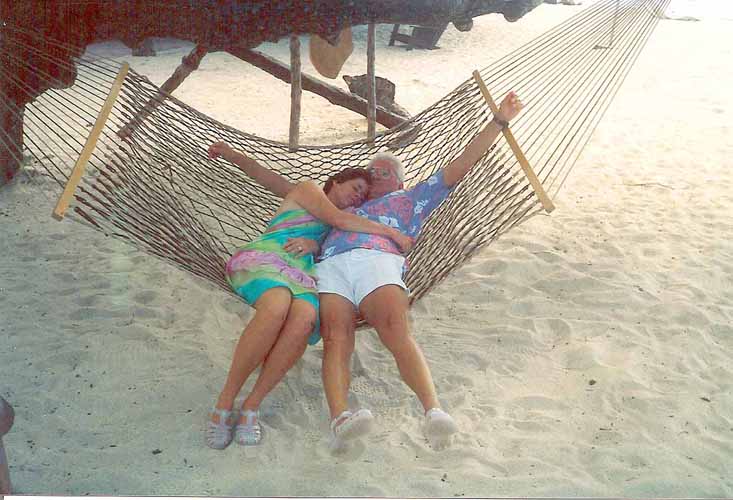 Hammock.1.jpg Touring Moorea is exhausting business. Here Tom and Debbie Riddle catch a break in a hammock. They literally lived in those shoes  Jelly Shoes, which Debbie called “The cruiser’s bargain brand of shoe wear.” 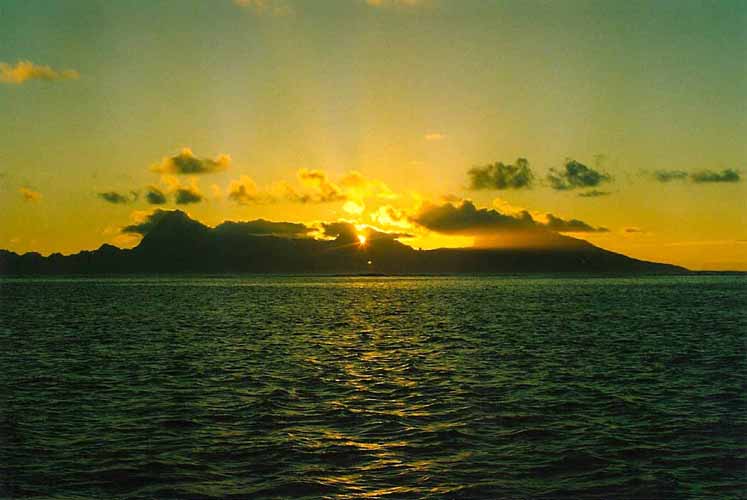 From their boat, in an anchorage in Papeete, Tom and Debbie Riddle captured this tropical sunset. “It was,” as Debbie put it, “balmy air, warm water and a lifestyle that was far from the existence we live today.” 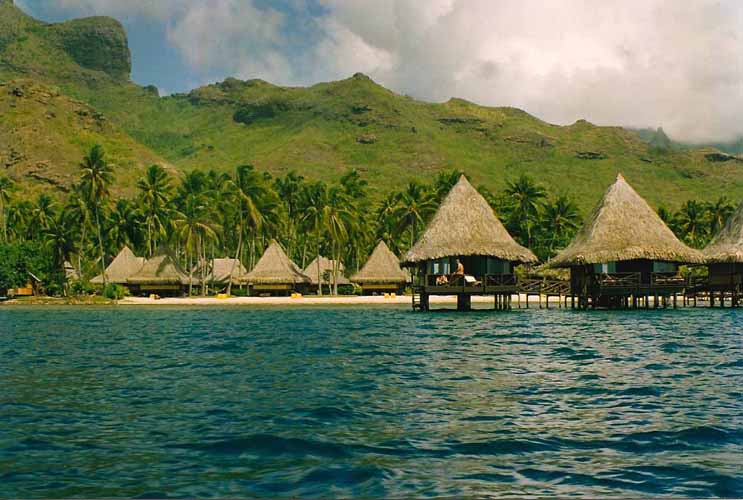 This is the Bali Hai Hotel in Cooks Bay, Moorea, home to, remembered Debbie, “the best hotdogs I ever ate. A baguette was placed upon a steam extrusion and steam heated from the inside out. The hotdog was then dropped into the hole that had been created by the warming device.” 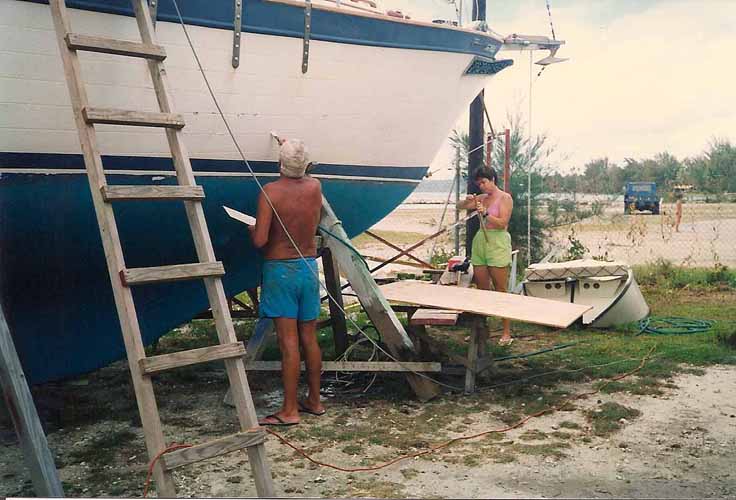 Three months were spent in the Raiatea Boatyard, making repairs resulting from a mid-ocean collision. Days were spent working on the boat, evenings were spent in their little cottage on the lagoon. “The tragedy of the accident was overcome by the incredible experience of living on the island,” said Tom. “We made friends and memories that will last a lifetime.” 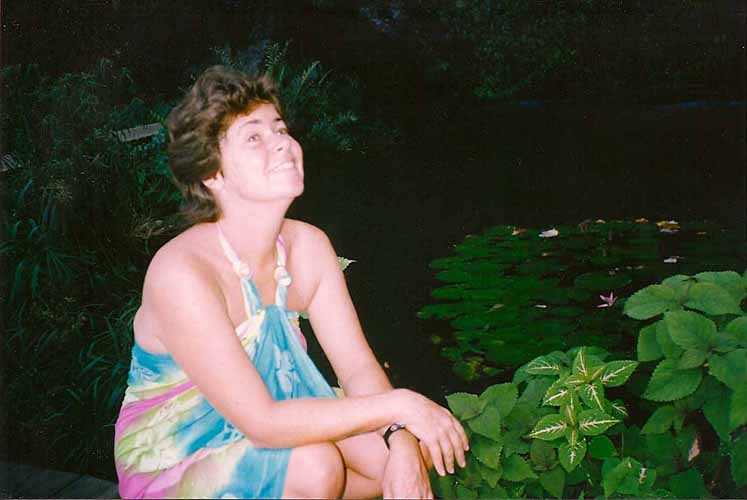 The place is Hiva Oa, Marquesas, French Polynesia. Debbie Riddle is sitting beside a pristine pool and waterfall in the deserted bay of Hana Menu, on the north side of the island. This was once an ancient community of nearly 1,000 people. All that remains today are the foundations of the dwellings. 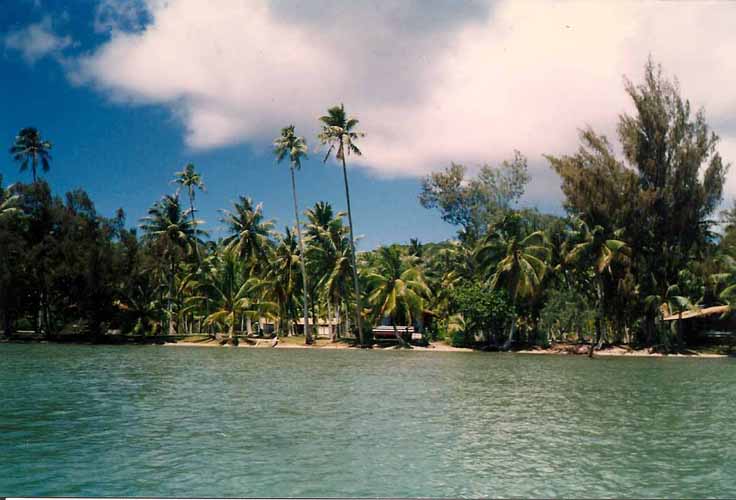 Awaiting completion of repairs on their sailboat, Tom and Debbie Riddle moved into a one-bedroom bungalow at the Sunset Beach Motel, Raieata, French Polynesia. “We would beach our dingy on the shore in front and watch the sun set behind Bora Bora (12 miles away) every evening,” said Debbie. “Raieata was the silver lining’ that surrounds each dark cloud in life.”