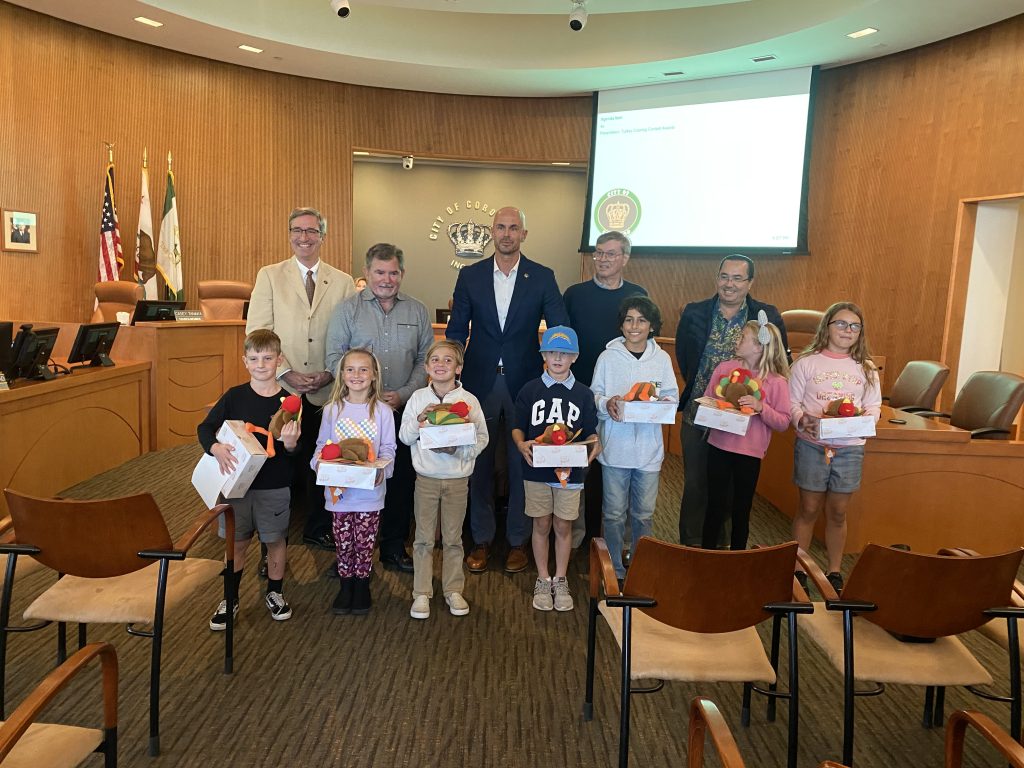 The City Council’s favorite highlight of the year came at the November 15 Council meeting, in the form of adorable kindergarten through fifth grade Turkey Color Contest winners.  This annual contest had 165 entries this year and is co-sponsored by the Recreation and Golf Services Department and the Coronado Junior Woman’s Club. Each of the nine winners received a plush turkey and Coronado Currency that can be used to purchase items at local businesses. The entries will be displayed at the Coronado Community Center through December 2. The council thanked all those who entered and congratulated the artistic winners. 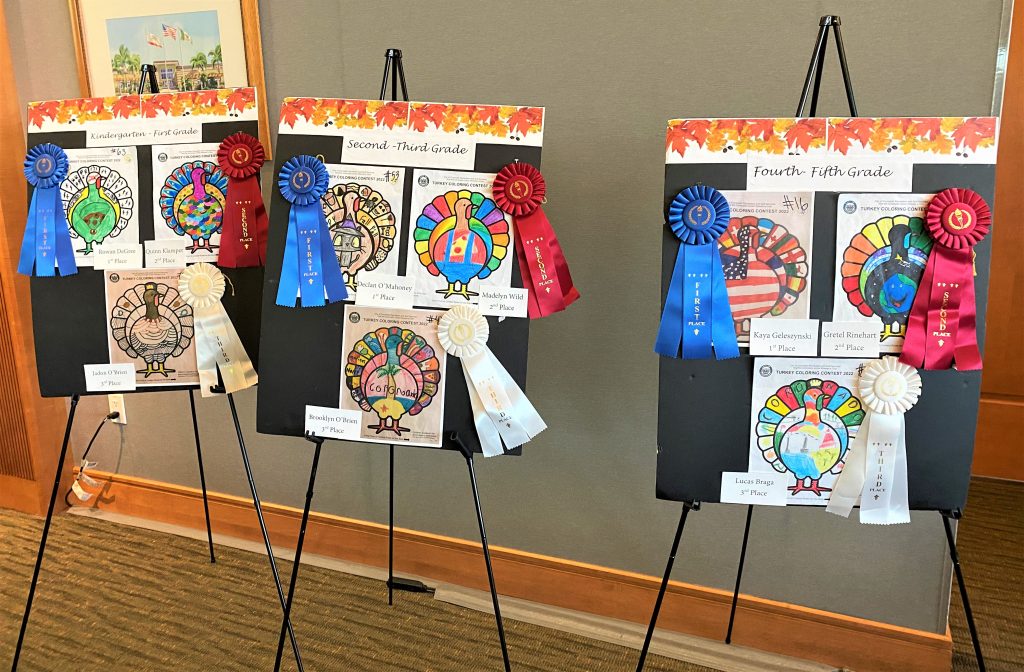 City Manager Tina Friend offered a note of welcome and farewell, as she introduced the new Communications and Engagement Officer Andrea McCullough, who has been on the job just a week. She replaces retiring Janine Zuñiga, who was with the city for 11 years, and covered Coronado prior to that as a reporter for the Union-Tribune. The council thanked Zuñiga for her extraordinary work in helping the city put its best foot forward, and the indelible mark she left as the first person to hold the position. 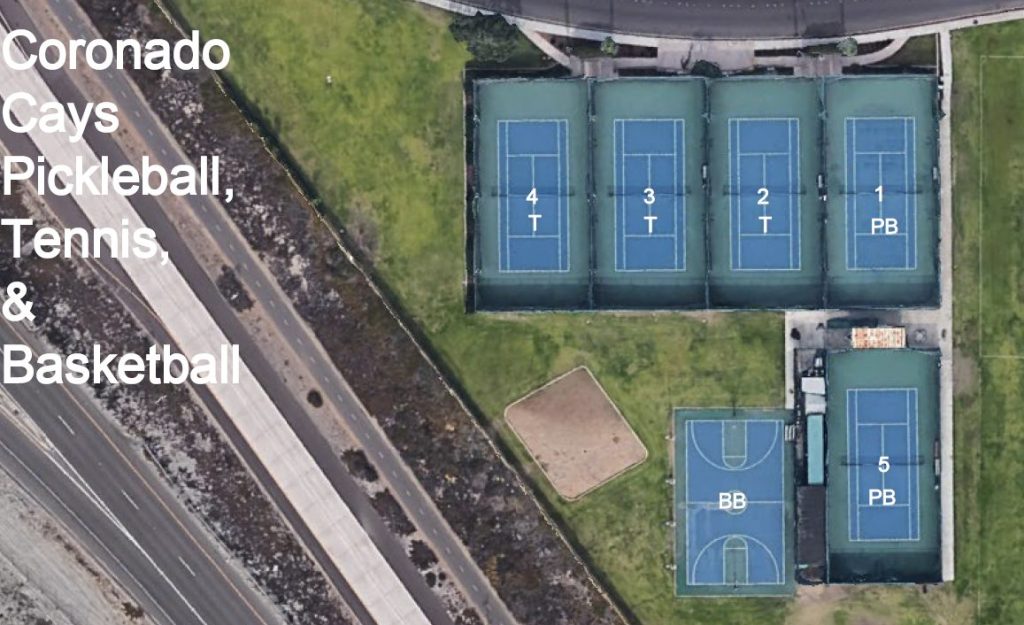 Councilmember Donovan asked for the tennis court resurfacing contract award consent item to be pulled and Principal Architect Jackie Lu gave a presentation on the bid process and project timeline. The scope of resurfacing and improvements includes the three tennis courts, two pickleball courts, and basketball court at the Cays; the eight tennis courts and one practice court at the Glorietta Tennis Center, and the two Library tennis courts. CHS has opted not to have the high school courts resurfaced at this time due to cost. In addition to resurfacing, the pickleball courts will have sound attenuation panels, nets and posts, and barrier fences and gates installed. The city received two bids for the project; one from TrueLine Construction and Surfacing, Inc. for $422,930, and the other from Ferandell Tennis Courts, Inc. for $527,315, and selected TrueLine’s lower bid. The total cost for the project is estimated to be $465,220, with built in contingencies, and Lu noted that the city has $198,796 in the budget for this project. Staff is asking for an additional $266,424 from the General Fund/Capital Fund 400 to fully fund the project.

The construction timeline, after awarding the project, would be completed in phases. Lu said that it takes approximately 45 days for material procurement. The first phase would be the Cays resurfacing and improvements, which would start in February 2023 and take approximately 25 days; phase two will take 35 days for the Glorietta tennis courts, starting at the end of March 2023; the third phase is the Library courts, while will take seven days, and begin in May 2023. Final completion should be done by early June 2023, but this timeline is based on weather permitting, because the temperature must be 50 degrees or higher to maintain the warranty. The council unanimously approved the motion to authorize the TrueLine contract and to take the additional funds, as requested, from the General Fund/Capital Fund 400 to complete the project.