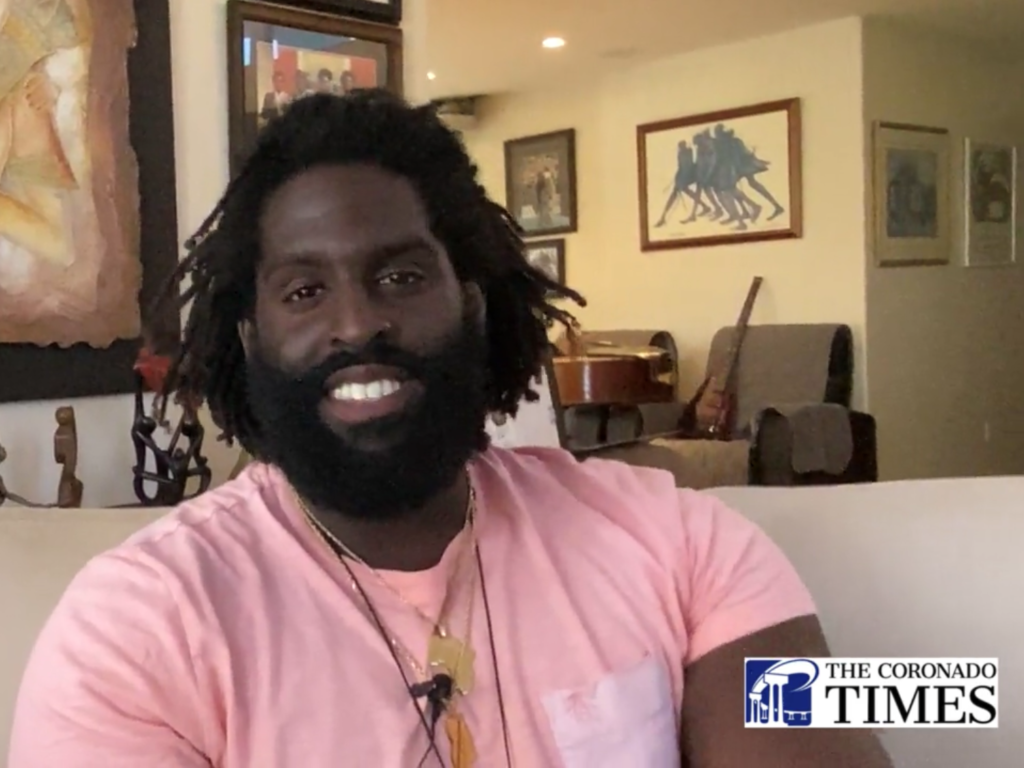 Prince Asante Sefa-Boakye was born and raised in Coronado and grew up playing water-polo, which became his passion, love, hobby, and now a vehicle for positive change. He played water polo throughout college, and internationally in countries such as Europe and Brazil. Now a coach, he has launched Black Star Polo, a non-profit inspired “to connect the Diaspora through Aquatics, while supporting the historic launch of Ghana Water Polo and the inaugural season.”

Asante explained that growing up he saw the “lack of diversity and inclusion in water sports in the US and abroad.” And with first hand experience playing as the minority on all teams, he understood what it meant to overcome adversity. He early on had a vision of “bringing awareness to the history of trauma and exclusion in aquatics and water bodies in POC Communities;” of course, while also uplifting underserved and underprivileged youth. He made sure to state how grateful he is to have had an amazing experience, support and mentors in Coronado and in college. But he is also proud for having the consciousness to understand the adversity in the sport, and how it can affect so many who don’t have access. For him, aquatics was a life source in his youth! In addition, he sees the value of the arts and music, which was also a big part of his upbringing. But he reiterated that it was his understanding of the inequities in aquatics at an early age which gave it such great value in his daily life.

During the summer of 2011 he made his first trip to Ghana. That is when his vision truly came to life and skyrocketed! His father, Dr. Kofi Sefa-Boakye, is from Ghana, and his grandfather was the chief of a prominent Ghana tribe. Asante considers Ghana his second home and ‘homeland.’ He refers to the region as the ‘California of Africa’ with its wonderful coastal community and beautiful water. Asante noted that what stood out to him on his first trip was that no water polo existed and very few people even knew how to swim.

And to add to the full circle, while speaking with Asante, he was stopped and greeted by at least three different families, whose children his father Dr. Sefa-Boakye had delivered, both at Sharp Coronado and Sharp Chula Vista.

After saying hello and exchanging greetings, he politely continued our interview, and you could tell he would have loved to talk to these families for longer. Asante continued the story of that first trip which catapulted his ideas, and he has not looked back! Last year he brought the camaraderie and beauty of water polo to Ghana. He developed and launched the very first water polo league and club in Ghana, while also teaching water safety to help save lives, especially for the youth. Water safety, specifically the lack of, he had learned his first trip was a big issue. 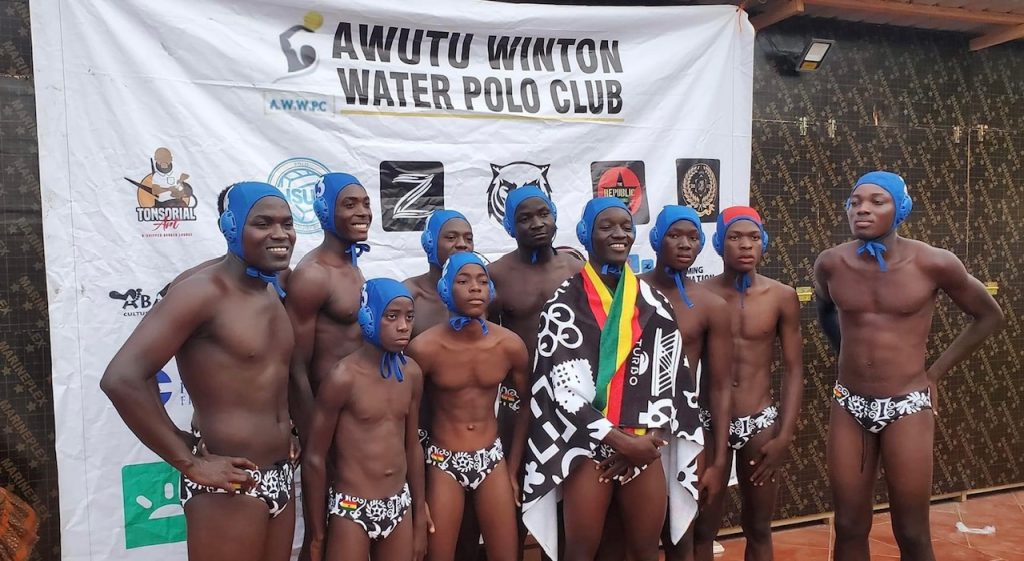 Excitedly he continued to explain that there are now seven teams in seven regions. In such a short time you could tell he was so proud of what he has already accomplished as just the first step in engaging locals to swim safely and have aquatics be a part of their lives. This includes encouraging street youth, fishermen, and students towards opportunities. His vision continues to soar, as he acknowledges forming and using the Olympic Sport of Water Polo to bridge intercontinental communities through aquatics. His plan is to have Ghana enter the Olympics by 2028 in LA and be the first Black-African team from the continent to qualify.

During a recent trip to Ghana from April through June 2022, his vision culminated, and he serendipitously foresaw teaching swim lessons and water safety to refugees in the United States. So what did Asante do? He did just that when he returned home in June! From August 8 through August 17, Asante taught free swimming lessons to refugees at a YMCA in San Diego. And we laughed as I gave him a gentle reminder, he was fulfilling his ‘Prince’ duties at home, his homeland, and around the world! ‘Inspiring and mentoring current and future generations.’

To Asante’s surprise on Friday, August 12, San Diego City Councilmember, District 9, Sean Elo-Rivera, awarded Asante a proclamation letter in front of swim students and parents. Asante was not only grateful for the proclamation, but he was so inspired and motivated by the event (which was free for the participants), he shared, “because many of these kids, it was their first time ever being in the water.” 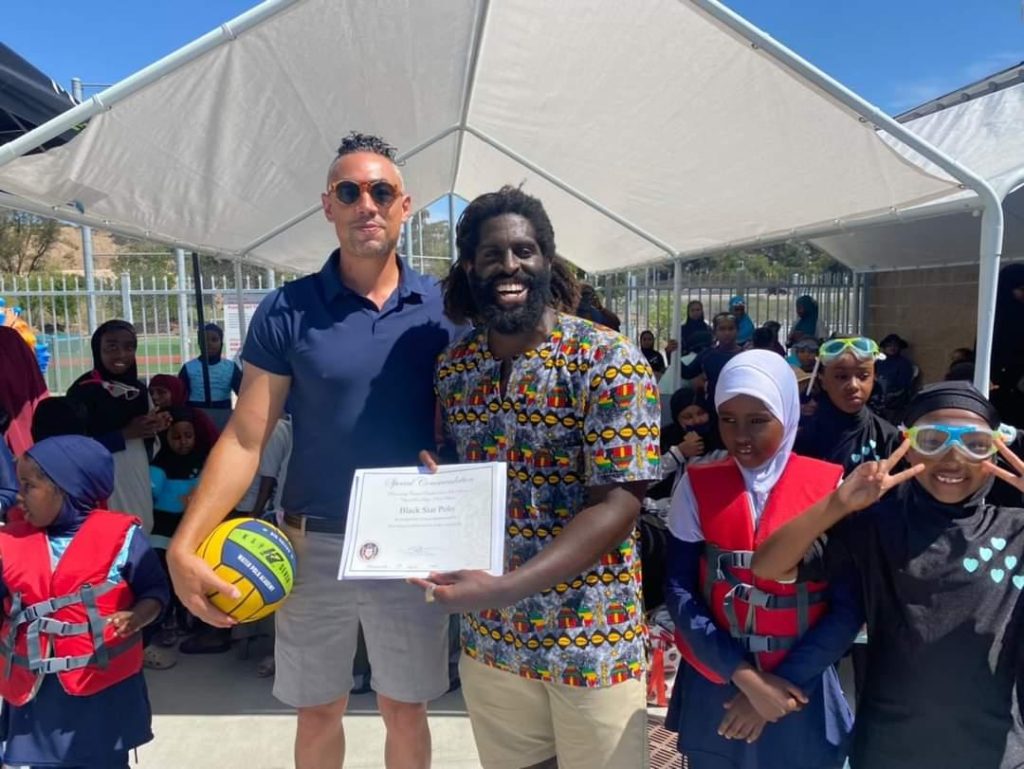 Everything has been moving along so quickly, and Asante shared that he’s also been doing speaking engagements and educating about adversity in aquatics to local and international media, schools, and organizations, including the Coronado Optimist Club, Coronado Rotary Club, Downtown San Diego Rotary Club and Accra Ghana Rotary Club. He also received an “Outstanding Alumni Award” from California Lutheran University in June 2022.

Trying to get Asante for even an interview was difficult enough, and right after his last swim class camp in August, after only being home a few weeks, Asante headed back to Zimbabwe and Ghana. 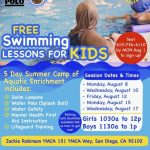 Asante then returned home the second week in September and has been teaching monthly swim camps to ‘underserved African and African American communities and refugees’ ever since. His next camp is the week of November 21, and this Saturday, November 5, Asante will be teaching at Bud Kearns Pool, partnering with Preventing Drowning Foundation of San Diego!

The goal is to have camps every month, and next year an after school club season, three days a week, January through April, with a big camp again in August 2023. And of course (with Asante’s long-term vision), having kids from Ghana next summer and every summer come to the USA to be instructors and do college visits.

If you want to learn more, donate, support, and volunteer please visit Black Star Polo and follow @blackstarpolo on social media to be a part of this amazing full-circle! 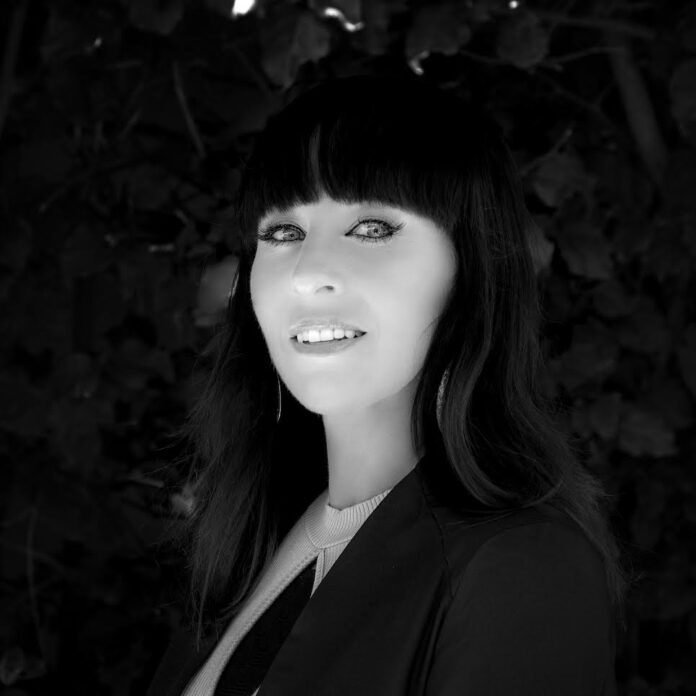