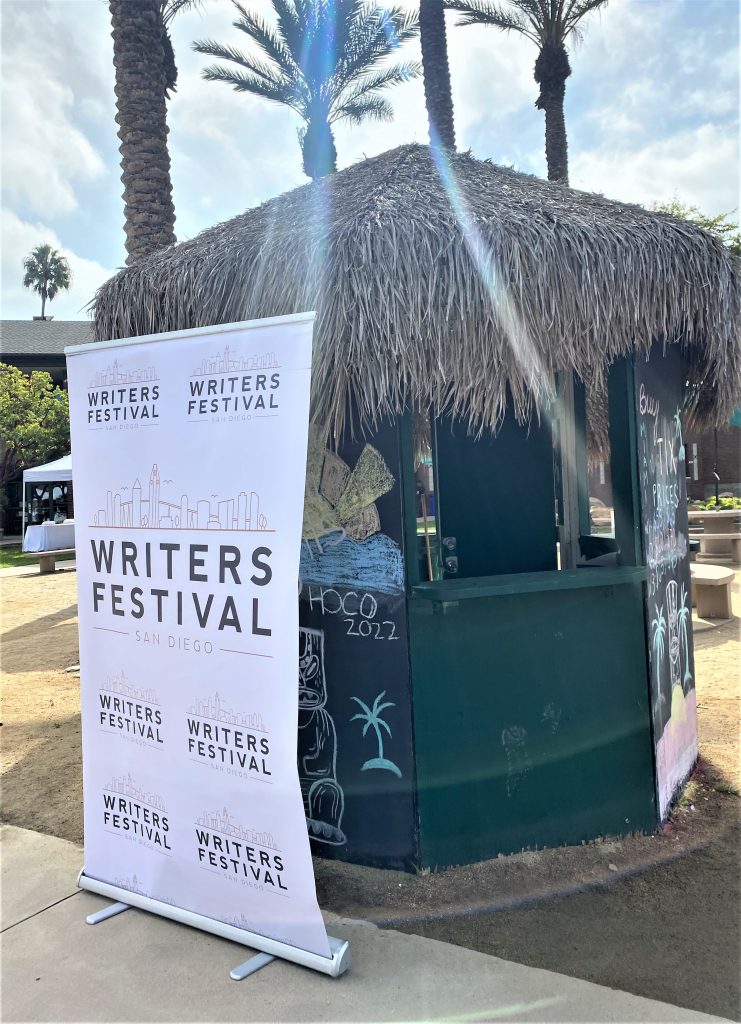 Book lovers and writers got to experience an amazing free literary event at the San Diego Writers Festival held here in Coronado on Saturday, October 8. Now in its fourth year, the first one was held in 2019 at the San Diego Downtown Library, with the next two years online, and this year, back in person, was here for the first time at the Coronado Library, CHS, and Spreckels Center.

Kudos to Coronado Library Director Shaun Briley who asked the organizers to bring the SD Writers Festival here. He notes, “The festival ticks a lot of boxes for libraries. What is unique about this festival is its focus on writers, the literary arts and helping individuals develop their ability to express themselves.” Festival Co-founders Marni Freedman and Jeniffer Thompson did an incredible job organizing the event that they estimate had nearly 2,000 participants, with approximately 70 volunteers to make it a success. Briley remarked that, “In the course of one day, the festival brought a plethora of expert, professional writers to speak, take part in panels or lead workshops. The engagement from Coronado residents in terms of interest and volunteers taking part has been phenomenal.”

The opening ceremony included awards for best-selling author Shilpi Somaya Gowda and award-winning poet Gill Sotu, who is a Navy veteran, playwright, DJ, and wears many other creative hats. He engaged his whole body, as he recited original powerful poetry, using everyday images and humor to convey deep meaning. He also conducted a workshop later in the day and is currently writing a symphony play for kids.

I volunteered to be a room monitor for award-winning author Shilpi Somaya Gowda who has written several books which have sold more than two million copies worldwide. The one I read, “Secret Daughter,” is set to be made into a movie by Amazon Studios, starring Sienna Miller and Priyanka Chopra, with Director Anthony Chen. Her second book, “Golden Son,” was inspired by the ancient Indian tradition of settling disputes, and her newest book “The Shape of Family” shows how a bi-cultural family deals with tragedy. As the daughter of immigrant Indian parents, she grew up in Toronto living in two worlds – her Indian culture, a strong presence at home, and Canadian culture at school and in the community. She always loved living in stories, using a flashlight to read late into the night as a child. To please her family, she earned a BS in Economics from the University of North Carolina, Chapel Hill and an MBA from Stanford University and went on to have a successful business career. She tapped into her creative side when she took a writing class in her spare time while pregnant with her second child. She got the kernel of the story idea for “Secret Daughter” from an internship she did working in the Child Haven Orphanage in Asia. Now living in San Diego, she says her latest book came out on the worst publication day possible, March 17, 2020, just as the pandemic was emerging. It was interesting to learn that the original title for her new book was “Seekers” but was changed at the last minute.  When asked by the audience, she noted that her stories are mostly imagined, but she taps into her own emotional elements, to help make the stories multi-dimensional. For additional details on this remarkable author and her books, visit http://www.shilpigowda.com/author.

In a fun coincidence, my book club’s selection this month is “Beautiful Country,” by New York Times bestselling author Qian Julie Wang, and she was one of the featured guests; so of course I had to meet her. Wang was interviewed by Freedman, who noted she had read the book three times because it “grabs you and won’t let go.” The memoir focuses on Wang’s life between the ages of seven and 12, just after her family immigrated from North China to New York. Ironically, years later, she started writing on the subway, as her little girl’s voice came out and wouldn’t stop. Writing the book helped her deal with the injustices she faced as part of an undocumented family who dealt with poverty, starvation, and prejudices. As a Yale educated lawyer, she’s gone from corporate law to civil rights litigator, advocating for special needs children. To learn more about this heart-tugging story, visit https://www.qianjuliewang.com/.

Thanks to Tony Perri of Surf’s Up Studios for sharing this video compilation from the San Diego Writers Festival:

With a slate of top notch creative experts, participants could choose from forty sessions, where they learned valuable insights from professionals on a a myriad of topics including marketing and publishing, and highlighting writing of many genres including: mystery, memoir, fiction and historical fiction, to name a few. There were kid-friendly options of story time, as well as music, art and writing workshops. There was also a screening of the award-winning Ukrainian film “Bad Roads.”

The event also included a variety of food vendors and I savored the African cuisine from Sabor Piri Piri and the cookies from Caked. Among the list of sponsors for this inspiring event was the International Memoir Writers Association, Warwick’s Bookstore, Coronado Public Library and Friends of the Library, Ollie Media, Marni Freedman Creativity Specialist, and Monkey C Media.

There was a large collection of booths where you could meet authors and purchase autographed books. My interest was piqued by the colorful artwork at the Crosworth Publishing booth, which is a family affair that started in Los Angeles five years ago. Jimmy Huston, along with wife Lynn Mills, both writers, have two daughters – Georgia, who penned a teenage memoir, and Veronica who wrote her first book in third grade. Their “I Hate to Read” book helps encourage kids to do just that. 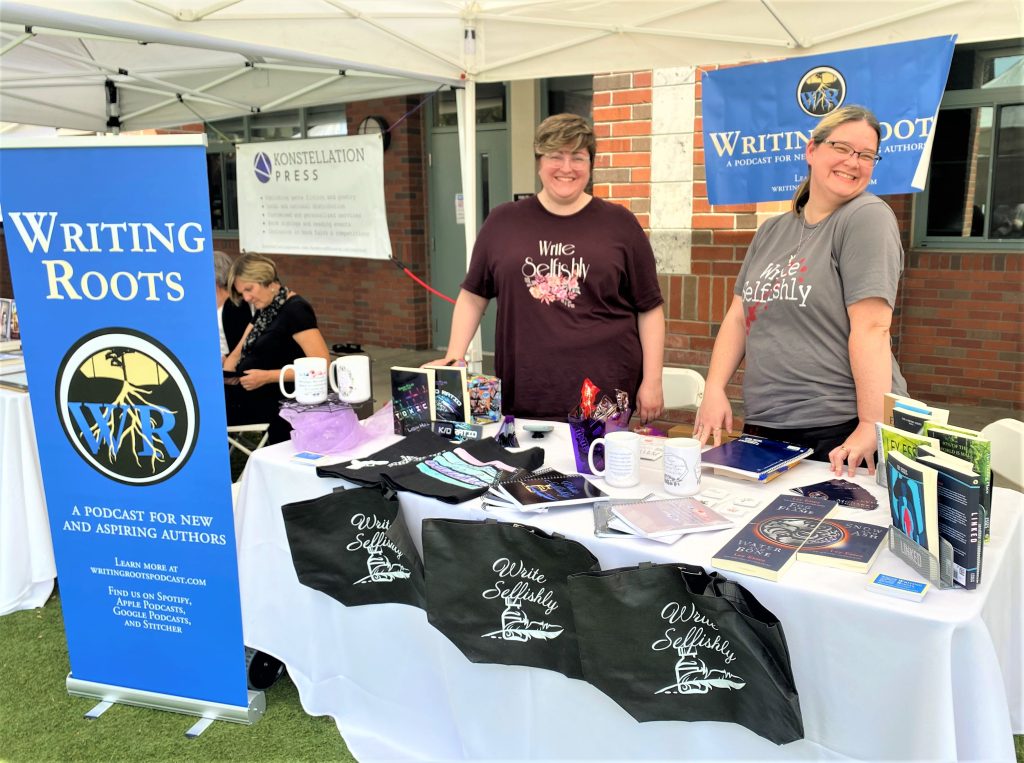 I met Ley Esses and Leigh Hull, hosts of the Writing Roots podcast. With the motto ‘Write Selfishly,’ they deal with an array of issues from book concept to publishing. They are both authors who’ve edited each other’s books, and started their podcast nearly three years ago, which now has 350 episodes. 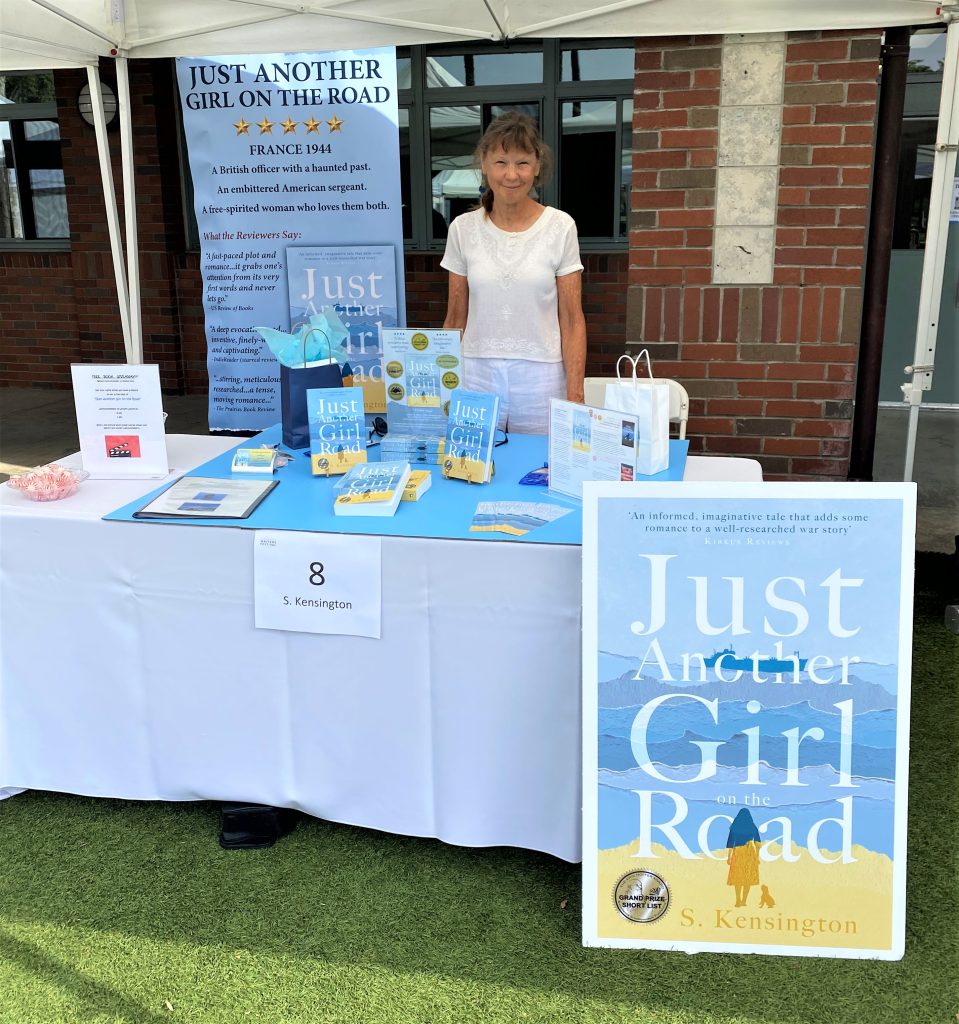 Drawn to the cover of “Just Another Girl on the Road” by S. Kensington, I discovered a pseudonym for a Coronado author, who was inspired to write this book after finding items in her father’s WWII possessions. I can’t wait to read it! 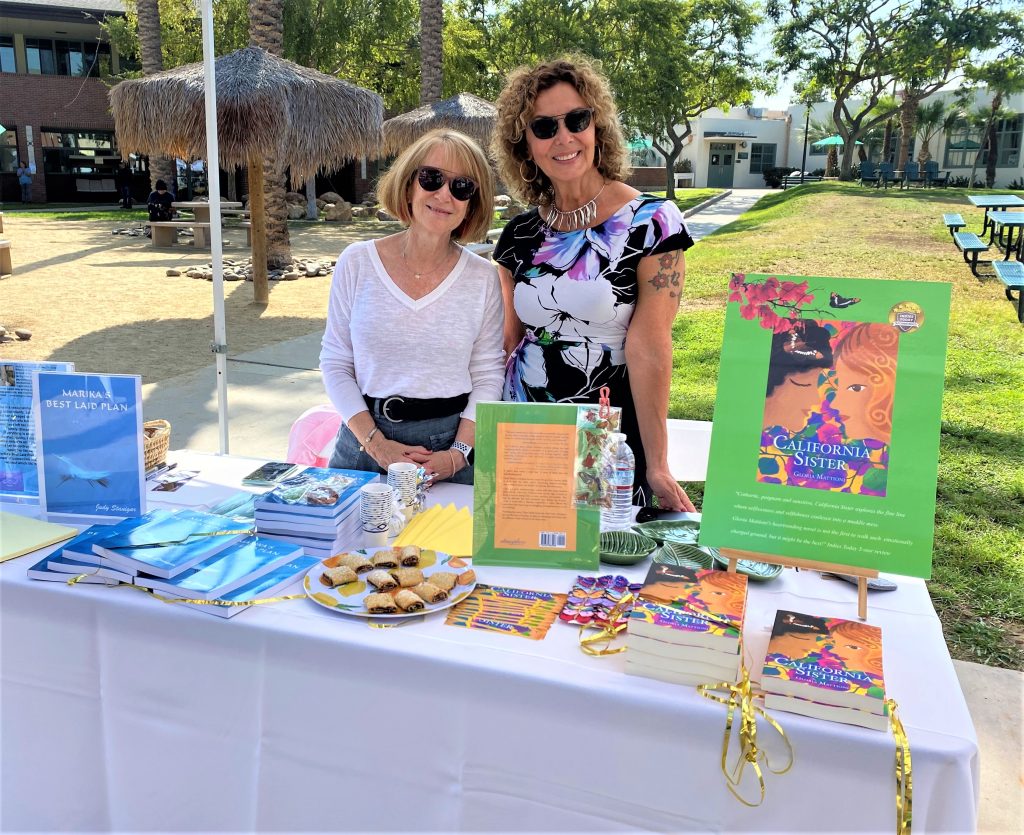 The colorful cover and interesting first paragraph of “California Sister” by Gloria Mattioni, also caught my eye. She told me she has been a storyteller since she could speak in full sentences. A journalist and published author in Italy, she moved to the US in 1992.

This event was truly a celebration of words, and it was an inspiring literary event with something for everyone who loves writing or reading. Stay tuned for it to be in Coronado again next year and plan to attend! For more information about the SD Writers Festival, check out https://sandiegowritersfestival.com/. 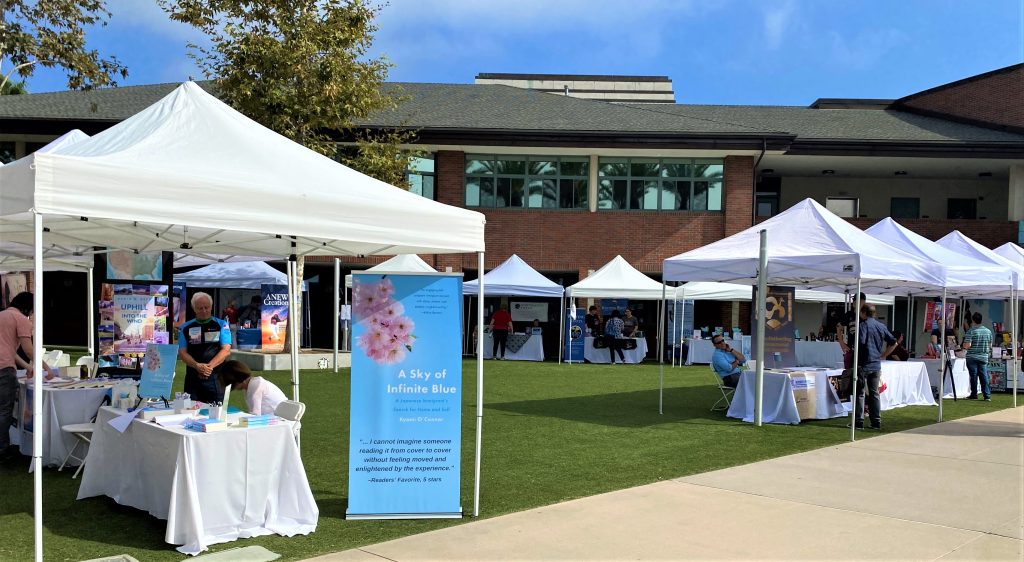