Will Delta Delay the Fed?

Global financial markets had a remarkably serene and productive summer in the face of several challenges to investor sentiment, with both U.S. and global equities continuing to generate positive performance while bonds, for the most part, held their ground. Now, as we enter September, investors seem to have shed a bit of the complacency they may have developed over the summer. September, historically, has been the worst month for stocks, with an average drop of nearly 1% since 1928, according to Barron’s.

The Spread of Delta

First, COVID’s Delta variant is wreaking havoc on our economy and on the global economy. While the employment numbers here in the U.S. have continued to be quite firm, global travel and global trade are clearly suffering with the rapid spread of Delta. It is hard to quantify just how much Delta has held our recovery back, but it has certainly put a hold on many companies’ plans to bring their workers back to the office. The lack of mobility for workers around the world has also continued to snarl supply chains, which is resulting in higher prices for both raw materials and finished goods, as well as many items being out of stock across a broad swath of industries. In the sometimes-upside-down world of Wall Street, however, the sagging economy has probably modestly helped investor sentiment, as it has likely forestalled challenge #2 (below), the long-awaited Federal Reserve move toward tighter monetary policy. 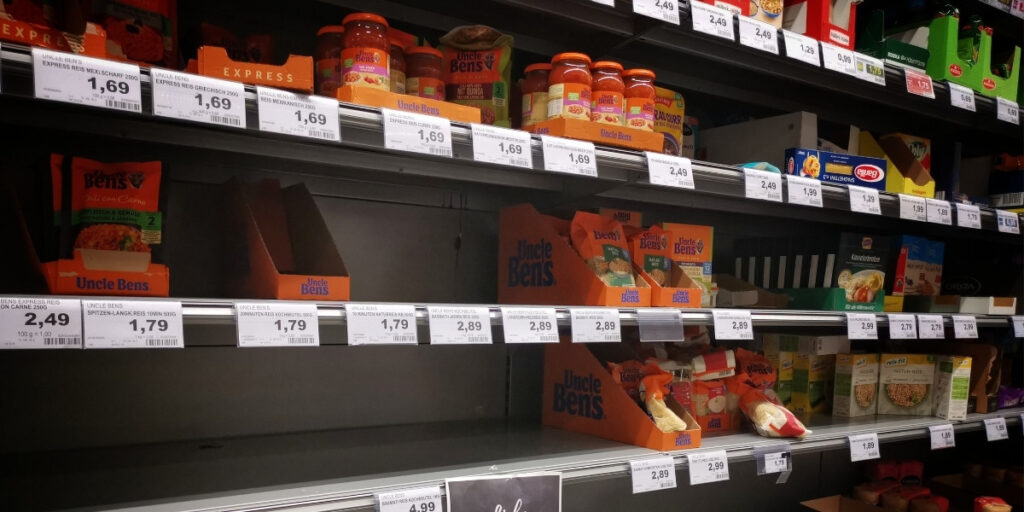 Fed Needs to Thread the Needle

Second, a clumsy move by the Federal Reserve toward monetary tightening could upset markets. The Fed has begun to make noises about its eventual tightening of monetary policy, but so far has conveyed this message to the markets in a soothing tone. The first step the Fed would take would be to “taper” its bond-buying program, which right now is helping to support bond prices and thereby keep yields down. The second step, if our economy gets back on track when/if the pandemic wanes, would be for the Fed to begin to raise interest rates. For many investors, Fed monetary policy turning from a tailwind to a headwind is a very large concern for the performance of both bonds and stocks in the coming years.

Third, investors are watching the inflation indicators very closely for signs that inflation is either ebbing or taking a firmer hold. While the Fed’s view is that inflation will largely be transitory and will subside as the global economy gets over the pandemic and returns to (somewhat) normal, that has so far not been the case. Inflation readings are still quite high, although the rate of increase is slowing. The August Producers Price Index (PPI) was up 8.3% year-over-year—a record. The August Core PPI, which excludes food and energy, was up 6.3% year-over-year—also a record. Many investors are on the fence about whether inflation has taken hold in a more persistent manner than the Fed expects. In the coming months, they will want to see the inflation indicators ease, and really do not want to wake up one day and hear the Fed say that it was wrong, and that high inflation is here to stay and is going to wash over us after all.

Despite the factors listed above, corporate earnings are still likely to grow nicely in the third quarter and for the year as a whole. The rate of growth should continue to diminish, however, as we lap the very difficult earnings figures from the early part of the pandemic.  But the outlook for earnings remains bright for 2022, despite the uncertainties on the macroeconomic side.

On September 17, Daxbot, Inc. announced the launch of their Regulation Crowdfunding raise. Daxbot’s vision is to bring robots into the service of humanity....
Read more
Business

According to Albertsons Inc., Southern California Division Office, the extensive renovation and expansion of the Coronado Vons market (868 Orange Ave) into the adjacent...
Read more
Business

The legendary Hotel del Coronado, part of Curio Collection by Hilton, has announced the appointment of its new Director of Hotel Operations, Dane Gorup,...
Read more

Investing for a Sustainable World

Our Earth is Under Pressure Our fragile planet home is under intense and unrelenting pressure from its 7.8 billion human inhabitants. From climate change to...
Read more
Business

Infections Down, Inflation Up

This week, investors headed en masse to the medicine cabinet to grab handfuls of antacids as they watched equity markets swoon after the April...
Read more
Business

As vaccinations continue to progress, most economic data are pointing to a strong recovery here in the U.S. Many economists are expecting GDP growth...
Read more
Advertisement
Sponsored Partner Links