After a push from advocates, California officials agreed to help fund a 988 network — a “robust statewide call center” for mental health.

Soon, Californians will be able to dial a new three-digit number when seeking help for a mental health crisis. 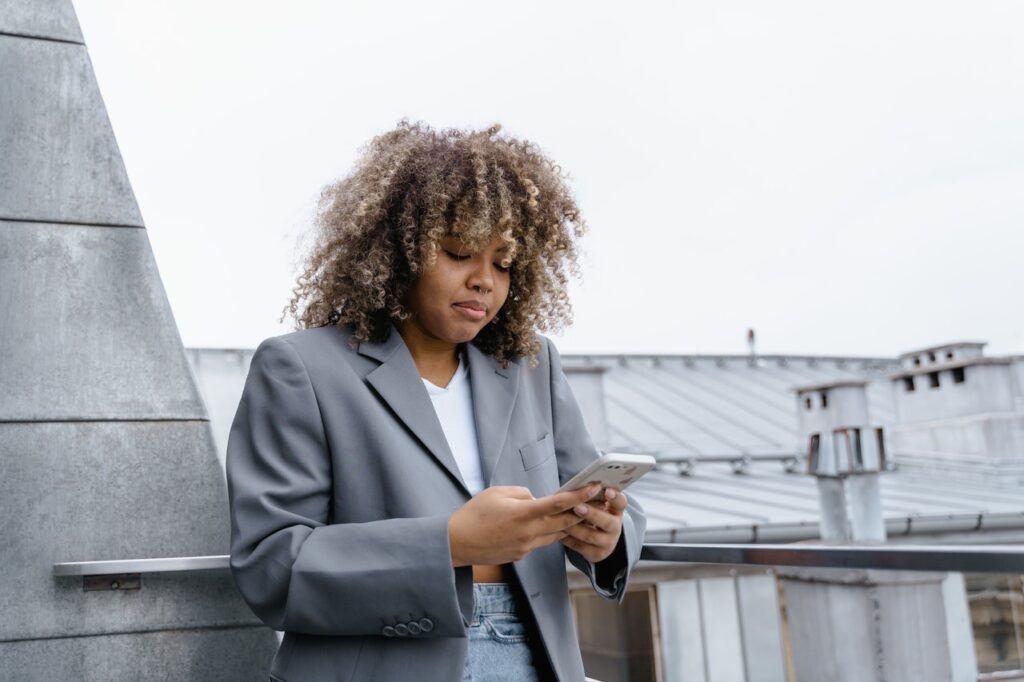 After weeks in which funding to make the hotline work in California seemed uncertain, the state Department of Health Care Services announced late today that it would spend $20 million to help support the 9-8-8 network — billed as a “robust statewide call center” designed to be an alternative to 9-1-1 calls.

The money “is a first step towards creating an easier to access system for mental health care. But it’s just a first step,” Sacramento Mayor Darrell Steinberg said in a statement. The Steinberg Institute he founded had advocated for even more money. “We’re going to continue to fight for sustained funding for a mental health crisis response system that includes mobile crisis teams and appropriate follow-up care. Our jails and emergency rooms can no longer be our primary treatment for people in crisis.”

Gov. Gavin Newsom issued a statement declaring that the money would help ensure “call centers have capacity and are equipped to help all callers so we can meet Californians where they are and expand resources and support during these difficult times.”

As CalMatters reported earlier this week, mental health advocates had struggled in the waning days of this legislative session to garner some $50 million they estimate is needed to support the call centers and related crisis response services.  A bill that would impose a fee on phone lines in California — both cell phones and landlines — stalled earlier in the summer.

Advocates had warned that absent more funding, the state’s 13 existing National Suicide Prevention Lifeline call centers — where 9-8-8 will direct callers – might not be equipped to handle the anticipated tripling of call volume.

In the worst case scenario, they said, people who are suicidal could find themselves waiting on hold, or even having their calls dropped.

Le Ondra Clark Harvey, CEO of the California Council of Community Behavioral Health Agencies, which includes the state’s 13 call centers, had told CalMatters that the situation was “pretty dire.” Clark Harvey said that call centers have already seen a 67% increase in volume in recent years, and the pandemic has only intensified the pressure.

In October 2020, President Donald Trump signed into law a bipartisan bill to make 9-8-8 the national number to call for people in crisis; providing an alternative to 9-1-1.

The federal law gives states the ability to raise money to fund the call centers, as well as related mental health crisis services, by attaching new fees to phone lines.

Bill supporters had pushed for a fee that would be capped at 80 cents per line per month. It would have been used to support a range of services, including adding staffing and infrastructure to the existing 13 call centers. The money would also have been used to connect the 9-8-8 and 9-1-1 systems and build out mobile crisis response services to allow trained professionals to intervene in person, when needed.

Supporters of California’s bill to pass those fees, AB 988, faced opposition from the telecommunications industry, which sought to narrow the scope of what services fees can cover.

In a last ditch effort to find a way to fund call centers and crisis services for the next year, a coalition of supporters had requested $50 million be included in a budget trailer bill before the session ends Sept. 10.

“There’s no disagreement on the policy and the needs here,” Gamboa-Eastman said. “Everyone’s just trying to figure out what’s feasible at this point to make sure we’re getting ready for next year.”

Carolyn McIntyre, president of the California Cable & Telecommunications Association, said her organization had opposed requiring consumers to pay not just for the call centers, but also for other types of crisis services needed to respond to those calls. While advocates pushed a per-line fee capped at 80 cents, the telecommunications association wanted a 10-cent cap, with a limited scope of what it can cover. “We are not opposed to the program, not by any means,” McIntyre had said. While saying her organization would be willing to compromise to fund “the communications aspect” of 9-8-8 with a small fee, she had contended that other services should be funded through the general fund or some other source.

As it is, a quarter of the cost of consumers’ phone bills is made up of fees to support a variety of services, including 9-1-1, she had said — a list the industry doesn’t want to keep growing.

In July 2021, three U.S. senators, Democrats Ron Wyden and Jeffrey Merkley of Oregon and Christopher Murphy of Connecticut, sent a letter to the president of CTIA, the trade association representing the wireless communications industry, raising concerns that opposition to state bills like AB 988 could threaten implementation of the new federal crisis line.

“Every American should be doing everything they can to get those in crisis help when and where they need it, and not working on tying the hands of those who can provide it,” the letter said.

Families know too well the impacts of a tragedy that scrolls, on repeat, across the news cycle. Someone is in a mental health crisis. A loved one dials 9-1-1 in search of help. Police arrive. Things escalate. The grieving are left to ponder an impossible question: What if I hadn’t called?

Bella Collins started asking that question after her older brother, Angelo Quinto, died last year following an encounter with Antioch police. Quinto, a 30-year-old Navy veteran, had suffered from depression, anxiety and paranoia in recent months. On Dec. 23, 2020, Quinto had an episode of paranoia; his sister called 9-1-1, concerned he was becoming aggressive and threatening, according to a federal lawsuit his family filed in August against the city of Antioch, police chief and officers.

By the time police arrived, his family told CalMatters, Quinto had calmed down and was compliant. He begged officers not to kill him. Despite this, they said, police officers handcuffed him and knelt on his neck – an account Antioch police disputed in a news conference covered by various outlets this spring. Quinto died in the hospital three days after the incident.

“If I had another number to call I would have called it,” Bella said. Police officers at the scene later told her she’d done the right thing by calling them, she said.

“The right thing ,” she said. “would not have killed my brother.”

Taun Hall was left with the same question after Walnut Creek police shot and killed her 23-year-old son, Miles, on June 2, 2019. Miles, who had serious mental health issues, had used a long iron gardening tool to break his parents’ sliding glass door. He believed it was a staff gifted from God. His grandmother, mother and several neighbors dialed 9-1-1 in search of help. Officers found him in the neighborhood. He ran toward the police, according to witness accounts and officer body camera recordings; they shot him first with bean bags, then when he didn’t stop, with handguns.

If they had had a different number to call, Hall said, “Miles would be alive today. With everything I have in my whole body, I believe that. He wasn’t dangerous. He wasn’t a criminal. He was someone who had mental health challenges who needed help.”

In September 2020, the city of Walnut Creek announced a $4 million settlement in the case. According to the city’s website, since Hall’s death, the city and police department have undertaken “a comprehensive review” of policies and practices and expanded training in de-escalation and crisis intervention, as well as working to offer more mobile crisis response options.

Rebecca Bauer-Kahan, the principal author of AB 988 – also called The Miles Hall Lifeline Act – said she was inspired to take up the cause after a meeting with Hall.

“Here was this woman who had tried for years to get her son the care he needed,” Bauer-Kahan said. “She had done everything right and it ended in her worst possible nightmare.”

A handful of states, including Washington, Colorado and Nevada, have successfully passed legislation similar to AB 988, said David Lloyd, national senior policy advisor of The Kennedy Forum, an organization that advocates for mental health that is co-sponsoring the bill. But, facing strong opposition from the telecommunications industry, other states have failed.

Rep. Tina Orwall, who authored a similar bill for Washington State, said she received a lot of pushback from the telecommunications industry. She met with them weekly to discuss how to move the bill forward. The bill eventually passed with a reduced per-line fee, which will start at 24 cents in October and increase to 40 cents in 2023.

“​​We’re in a pandemic,” Orwall said. “There couldn’t be a more important time to implement this. People need it more than ever.”

In California, cities, counties and call centers are proceeding with preparations for an influx of new callers.

The city of Los Angeles started a pilot program in February to divert 9-1-1 calls to Didi Hirsch’s Suicide Prevention Center. The county recently said it was hustling to find additional sources of funding, fearing the bill and budget request might not pass.

“We’re all scrambling to make that a reality,” said John Franklin Sierra of the county’s Alternative Crisis Response system.

The launch of 9-8-8 reflects a growing momentum around the issue of mental health crisis response at the federal, state and local levels.

Addie Kitchen, whose grandson, Steven Taylor, was killed in a San Leandro Walmart by police last year, has worked to rally support for more funding and increase awareness about the needs for alternatives to 9-1-1.

Taylor, 33, was homeless and living with schizophrenia and bipolar disorder when he was detained after trying to walk out of the store with a tent, Kitchen said. He was holding a bat when officers arrived at the store that day, she said. An Alameda County judge in June upheld a manslaughter charge against the officer who shot Taylor in the store and said he would face trial – but also said he doubted a jury would convict, according to the Bay Area News Group.

Kitchen said she believed law enforcement officers are not the right people to respond to someone in a mental health crisis: “If you let trained crisis people intervene, there’s a possibility that no one is going to get hurt,” she said.

For the record: This story has been corrected to say it was the city of Los Angeles that started a pilot program in February to divert 9-1-1 calls to a mental health call center.

Jocelyn Wiener writes about health and mental health for CalMatters, exploring the intersection between government policies and people’s lives.

The Coronado Ferry has increased its ticket fee from $5 to $7 for a one way ticket, making it $14 for a roundtrip ticket...
Read more