The Port of San Diego and the City of Coronado are hosting a celebration to commemorate the 25th anniversary of Grand Caribe Shoreline Park and its artwork “Sheltering Wings” on Friday, July 30, 2021, from 9:30 to 11:00 am at the park, 598 Grand Caribe Causeway, in Coronado.

The event will feature live music entertainment, informational booths, and the opportunity to learn about the process of creating “Sheltering Wings” from the artist, Christopher Slatoff.

“The Port of San Diego thanks the members of the Silver Strand Beautification Committee who worked so diligently with the Port years ago to create this incredible, peaceful park on San Diego Bay,” said Commissioner Garry Bonelli, the City of Coronado’s representative on the Port of San Diego Board of Port Commissioners. “It turned out to be a prudent land use decision that everyone has greatly benefitted from.”

The event is being held during National Parks and Recreation Month, a recognition each July that celebrates and promotes the vital importance of parks and recreation to health and wellness, tourism and economic prosperity, environmental conservation, and social equity. Recognition of Grand Caribe Shoreline Park’s 25th anniversary is one of many ways the public can appreciate the infinite value parks bring to our communities during this Parks and Recreation Month.

Grand Caribe Shoreline Park, located on Grand Caribe Isle adjacent to the Coronado Cays, is one of the Port’s 22 waterfront parks. Development of the 3.7-acre park, which officially opened on July 5, 1996, was a joint effort of the Port and the Silver Strand Beautification Committee. The objective of creating the park was to enhance the existing natural and native plant communities and to provide an educational botanical setting. At the opening, the sculpture “Sheltering Wings” by artist Christopher Slatoff was unveiled and has become emblematic of the park and its purpose.

“Sheltering Wings” is a bronze sculpture of two full-size blue herons located in the center of Grand Caribe Shoreline Park. The idea of a blue heron sculpture originated with the Silver Strand Beautification Committee. Slatoff created the artwork as a tribute to the rare birds that can be seen feeding and resting on Grand Caribe Isle. The artwork’s name symbolizes the idea of protecting the fragile natural environment. “Sheltering Wings” is part of the Port-owned Tidelands Collection of public artworks, a popular waterfront collection and regional cultural asset consisting of over 70 artworks placed throughout tidelands in parks and piers. 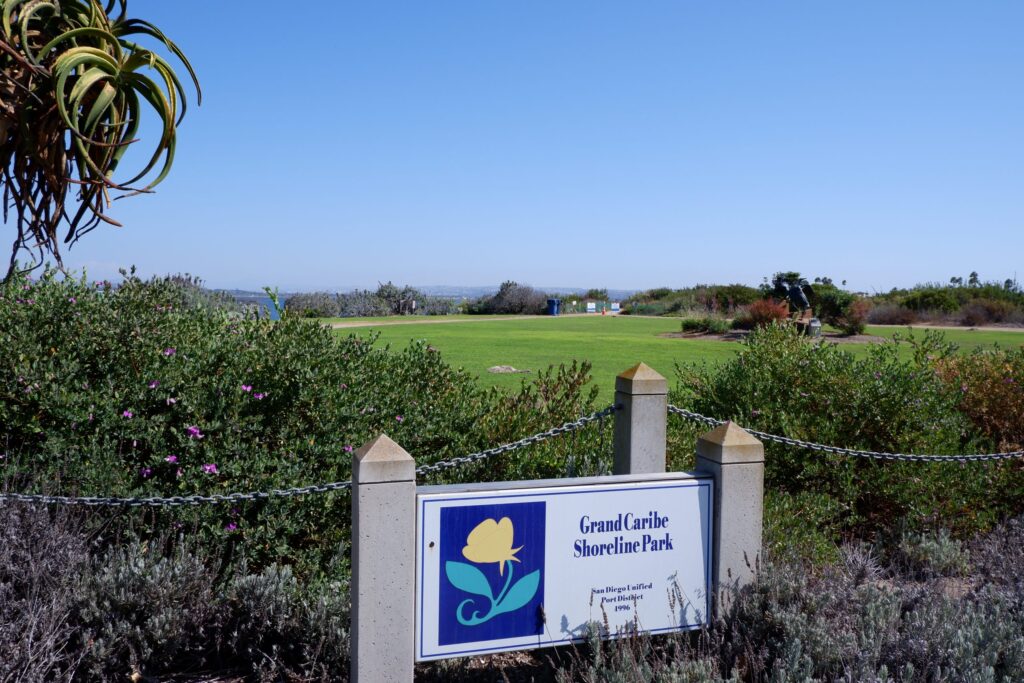 Grand Caribe Shoreline Park was designed to be a quiet, serene setting where visitors can explore a meandering naturalized path or sit and enjoy the natural environment with stunning views of San Diego Bay. When it was first developed, it included six species of native wildflowers and was the site of a rare and threatened species called Lotus nuttalianus. One hundred fifty of these plants were identified and transplanted to an undisturbed area of the park. The majority of the native plants are still there and continue to thrive, and the habitat continues to be monitored by the Port.

Perhaps the most underrated physically demanding sport in the world is rugby. The amount of pure grit, athleticism, and toughness to play at a...
Read more
Community News

Updated July 30, 2021The Coronado Aquatics Center was closed indefinitely on Friday, July 23, due to a shortage of chlorine nationwide. An expected shipment...
Read more