Another Jim Morrison Sighting – in 1963

Jim Morrison died 50 years ago, on July 3, 1971. His parents and grandparents lived in Coronado and other places in the San Diego area. In the early 1960s Jim visited and stayed with his parents in Coronado for a short while. Remembrance by Dr. Jerry Olivas. 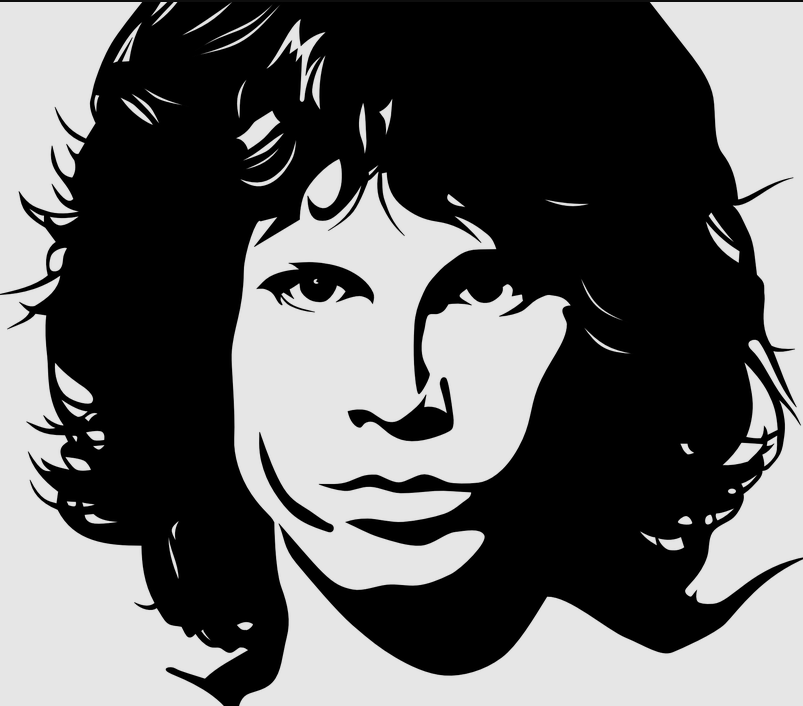 Another Jim Morrison Sighting – in 1963
By Jerry Olivas

I love to tell this story. It normally gets a lot of traction. I always start out by saying, “I knew Jim Morrison personally.” Then I say, “but it wasn’t the Jim Morrison that everyone else knew.”

I am certain I did know Jim Morrison, but when I first met him in Coronado, California, I only knew him as Jim. It was easy to remember that name because that was one of my brother’s names. But there was another reason why I remember Jim Morrison, he could buy booze.

My encounters with Jim Morrison occurred in the spring and summer of 1963 and then later, only one time, in the summer of 1966 at the Whisky A Go Go in Los Angeles.

It was just another fun, and hopefully meet girls, beach party at Coronado’s North Beach. Mostly it was kids from Coronado, Imperial Beach, and Chula Vista that would gather around fires on the beach. Occasionally kids would show up from other parts of San Diego, but that was hindered some because they had to take the ferry from San Diego to Coronado and then later back to San Diego. No bridge in those days, just the long way around to Coronado from San Diego, through National City, Chula Vista, Imperial Beach, and the seven-mile drive on the Silver Strand. These beach parties were the place to be on Friday and Saturday nights in the spring and summer, especially for surfers and wannabe surfers.

Booze was a big part of beach parties, but it was not easy to purchase alcohol because just about everyone was underage. This meant that the search was always on for someone to buy. Some kids would show up after being in Tijuana somewhat tipsy. Sometimes they would smuggle liquor over the border. This was not a big deal because in those days if you got caught the customs agents would just confiscate what you had and pour it out in front of you but, this very rarely happened. The preferred booze to smuggle across the border was Jose Cuervo tequila or El Presidente rum.

Everyone was looking for someone to buy booze for them. It was possible to drive to Broadway downtown San Diego to get a sailor to buy some alcohol, but that required a back-and-forth ferry trip which would take a couple of hours. And usually, you had to give up a couple of cans, or a quart of beer, to the sailor. However, some local stores would sell to people who looked older. In steps Jim.

I cannot specifically remember how I first met up with Jim, but it was probably while standing around a fire and asking who could buy booze. Jim must have spoken up. This was not a negotiating type deal; if someone could buy booze this made them rather popular and they usually got a beer or two for purchasing.

In those days, cans or bottles of beer, any beer, was fine, although drinking out of a quart bottle was more cool. Most people liked to drink malt liquor like Country Club, and Thunderbird wine was a good option if you were on a very tight budget. Pot and other street drugs were not yet in vogue at that time, so the drug of choice was always any kind of beer or cheap wine.

On several occasions I ran into Jim at North Beach Coronado beach parties and at least a few times I drove him to where he bought booze, usually back down the Silver Strand to Imperial Beach. I was a little bit of a crazy in those days often taking risks and Jim seemed similar. But unlike me, Jim did not talk much. I do not remember anything being discussed about music, movies, or literature. And unlike me, who saw the world as one big amusement park, with Tijuana being the ultimate fun house, Jim seemed kind of serious.

I vaguely remember that on a couple of occasions he would go into the liquor store and be gone for what seemed like several minutes. This kind of freaked me out because I thought maybe something went wrong and Jim did not seem like he would take any crap. If I got into trouble I would run like hell, but Jim seemed more like he would stand his ground.

I do recall Jim saying his parents lived in Coronado and that he was visiting them from college. I figured his father was probably in the Navy. I was still in high school and was not thinking at all about college. I was not certain at the time, but I did not think Jim was 21, the legal age to purchase alcohol.

I believe that I did see him in the surf a couple of times in Coronado and I can kind of remember running into him in Tijuana, maybe in the Long Bar or Mike’s A Go Go. But about mid-summer of 1963 I stopped seeing him at the beach parties. I figured he went back to college but did not really think about it much except that it looked like a good source for buying booze was no longer around.

A couple of work and surf friends of mine decided to drive up to Los Angeles to look for work at another aerospace firm, and hangout a while and surf around Los Angeles. One night we decided to go over to the Sunset Strip and see what was happening and possibly go to a bar to hear some music and maybe meet some girls.

We all liked rock-n-roll and we knew the Whisky A Go Go usually had some good acts, so we sprang for the cover charge. We sat down at a table, ordered a couple of beers, and before too long a group came out on the stage and started playing with a lead singer. “What the hell, I know that guy that is singing,” I said to my buddies. I told them we were friends in Coronado at beach parties. They said something like “oh sure,” “yea, right.” So, I said, how about I go backstage and ask him to come over to our table?

I asked the guy that was tending the bar how I could talk to someone in the last group that played, The Doors. He told me to go outside and around the corner to a side door and knock on it, which I did.

A guy came to the door and I told him I wanted to see the lead singer in the group called The Doors, that I knew him. He basically said get lost and shut the door. I knocked again and he then reluctantly said okay, “what is your name?” I told him “Jerry from Coronado.” He shut the door again and I just stood there waiting. Finally, the door opened again and there was Jim, standing there looking at me with a kind of ‘who is this’ look. I said, “Hey it’s Jerry from Coronado beach parties.” He said something like “come on in” and reached out and grabbed me by the arm.

We walked back to a rather dark dressing room where a couple of other guys were sitting. I did not really say that much, but Jim just kept talking in a kind of rambling manner. In a way I was not sure he remembered me, but he was friendly enough and offered me a drink of whiskey out of a bottle. I ask him something like, “do you ever get down to San Diego?” and “how long have you been in this band?” I did say that I thought I was moving to Los Angeles soon. I kind of remember his responses being things like “oh yea, good,” “that’s good,” and “shit, good.” We did not really have a coherent conversation, that I recall, but he must have understood my comment about moving to Los Angeles, because he said he lived in Venice Beach. I asked him to give me a shout out when he got on stage, and he did that with something like “my friend from Coronado is here.”

I did move to Los Angeles, to the Mar Vista area, which is right next to Venice Beach. Somehow, I managed to find out where Jim lived in Venice Beach and I road my bike to his place several times, but he was never there, or he was crashed.

I never saw Jim in person, or in concert for that matter, again. I did follow The Doors and would often tell people I was friends with Jim Morrison. I don’t think too many people believed me but that has not stopped me from telling my story.