With brewery representative positions recently popping up in the Bay Area, Southern Nevada and Arizona, Coronado Brewing Company appeared to be expanding despite the pandemic.

“We grew both our distributor sales and volume to retail,” said Clinton Smith, CBC’s chief commercial officer, about how the team has been fortunate to persevere in the face of COVID-19. “We did that through great beer, but even more importantly, amazing team members.

Smith continued to explain how it’s furthering CBC’s momentum — with the launch of their new Orange Avenue Shandy and Coronado Hard Seltzer in 2020’s first quarter, in addition to their top sellers Weekend Vibes and Salty Crew Blonde. That had them in a position for a busy remainder of the year, Smith said.

“We are expanding our sales, marketing and operations teams to ensure we can keep up with the demand,” he continued, “while also adding new CBC team members who are passionate about our company!”

In their Coronado hometown, local brothers Ron and Rick Chapman started CBC in 1996, and it has grown from the brewpub at 170 Orange Avenue to include a San Diego tasting room inside its production facility off-island and an Imperial Beach restaurant as well. CBC is said to stay true to its San Diego roots, brewing abundantly hoppy West Coast-style ales — which are available across the country and internationally.

Smith shared that according to the Brewers Association, in 2020, small and independent brewers collectively produced 23.1 million barrels of beer. That was a 9% decline over 2019, decreasing craft’s overall market share from 13.6% to 12.3%.

“There is no sugar coating it,” he said; “it was rough for the beer industry and our retail partners. However, Coronado has developed a portfolio of beers that drives excitement and quality; with recent medals won for our top-selling beers Weekend Vibes and Salty Crew at the Great American Beer Festival, and partnering with popular lifestyle apparel brand Salty Crew, we brought in thousands of new fans.

“The momentum gained last summer saw us finishing the year +4% in overall company beer sales, outpacing the industry. In 2021, we have forecasted strong double-digit growth for our beer sales by driving sales distribution and marketing programs deeper in our current markets, especially our home state of California, while diversifying our offerings with Hard Seltzer and more.”

“The pandemic definitely caused a strain on our industry and forced us to change direction multiple times,” she explained. “However, the support of the city and community was crucial in our ability to carry on.”

Michel said the loyalty of their customer base was seen on a daily basis as people came to support them by ordering takeout, picking up the newest beer release or purchasing gift cards so they could come back when things opened up.

“We are excited to be able to accommodate dining in again and hope to continue to regain a sense of normalcy as time passes and restrictions are lifted. We appreciate and embrace our community — it’s a staple of our identity as Coronado Brewing Company.”

While things have moved around during the pandemic, marketing director Aidan Kennedy discussed, CBC is “firing on all cylinders pushing out new innovative beers, filling our restaurants safely and venturing into the beyond-beer world with seltzers and more to come.”

He agreed with his team on how CBC’s future is bright.

“While incredibly tough on all local businesses including our own, the ‘slowdown’ period also provided a time to look inside ourselves and really focus on the things that make our company thrive. At our core, innovation is the key to not only our success but also our growth.

“In 2020-2021, we were able to pull off the launch of a dozen new beers plus our own line of citrus hard seltzers, and a brand-new unique offering in our Orange Ave Shandy. We’ve got about six new offerings coming out through the rest of the year that we are extremely excited about, including one new line that is something truly unique to not just our company but the industry as a whole. That project is set to debut this August/September.” 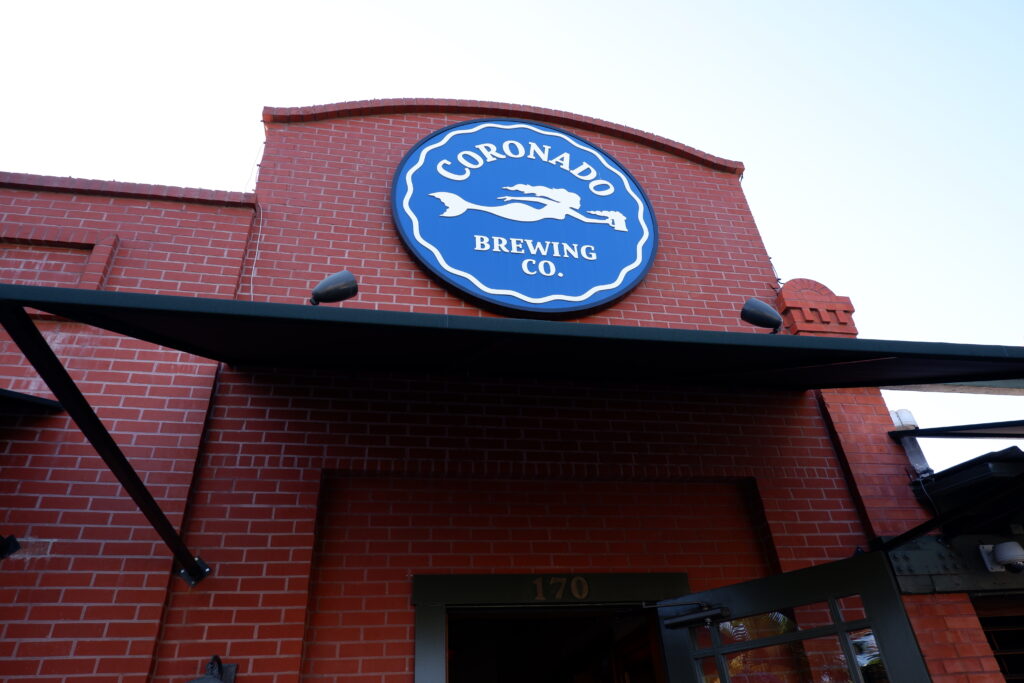 Aly Lawson
Aly has a BA in mass communication, emphasizing journalism and public relations, and a MBA in marketing. She has worked as a reporter and marketer in various industries and overseas. She also won a best community business story award from the Nevada Press Association in 2017. Originally from Washington, this is her second time living in Coronado, where her husband is stationed as a Navy helicopter pilot. They have two small children and the whole family adores Coronado. Have a story for The Coronado Times to cover? Send news tips or story ideas to: [email protected]dotimes.com

Bridgeworthy: Sesame Place Might Be the Place to Be This Summer for Families