Anyone who has perused the financial press in the last week would be surprised to find the headlines dominated by an until recently obscure video game retailer: GameStop. GameStop (Ticker: GME) is a Dallas-based video game retailer with 5,500 stores in fourteen countries and rarely worthy of a headline. Being predominately a bricks-and-mortar retailer, GameStop faces significant challenges in adapting to a world in which almost everyone now buys their video games via online download. I recall once going to a GameStop store near my house several years ago with my kids to buy them a copy of LittleBigPlanet for their PlayStation, but we have not been back since.

In the past week, GameStop stock has gone parabolic, climbing from $20 a month ago to a high of $483 earlier this week. It closed Friday at $325, up 400% on the week. The trading action in GME stock has nothing whatsoever to do with the actual company or its prospects. Instead, it is an epic trading battle between funds that have “shorted” GME (placed bets that GME stock would go down) and a massive group of individual investors acting in concert to buy the shares in order to drive the price up. (This group reportedly has its origins with WallStreetBets, an online stock trading forum on Reddit, a social media site.) 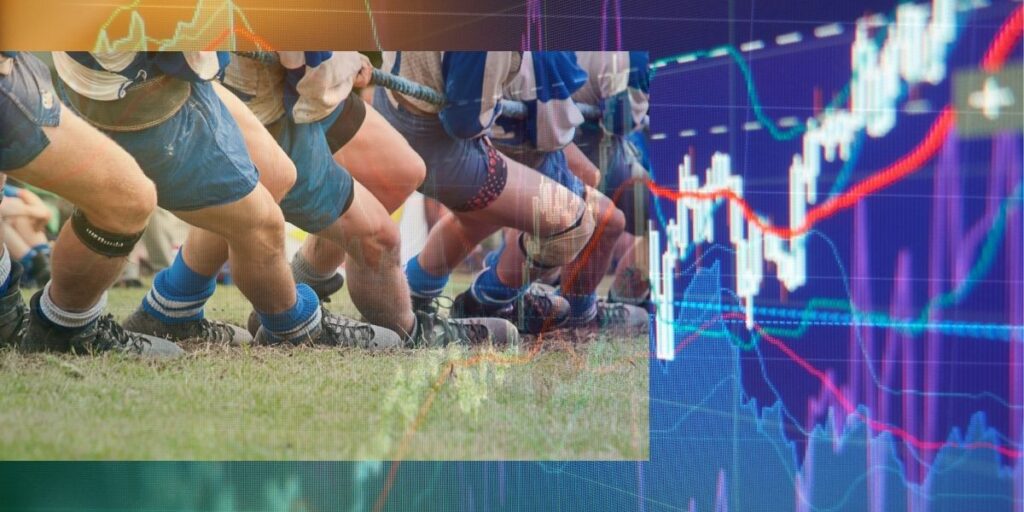 When an investor shorts a stock, he or she, for example, borrows 100 shares of the stock and then sells those shares at the prevailing market price, say $10. The short seller is expecting (hoping) that the stock drops to $5, at which point he or she will buy the 100 shares back at $5 and return them to the broker from which they were borrowed, netting a profit of $5 (50%). The problem for the short seller comes when the stock rises high above the price at which it was shorted (originally sold). If the stock went to $20 and the short seller closed the position, the loss would be $10, or 100%. If the stock went to $100 and the short seller bought back or “covered” the position there, the loss would be $90, or 900%. As you can see from this math, the most a short seller can make on a trade is 100%, but the potential losses are unlimited.

Anatomy Of A “Short Squeeze”

By buying GME shares in the open market and by buying call option contracts on GME, the Reddit investors have created immense buying pressure on the stock, pushing it up. Now here’s the “short squeeze” part: as some shorts can’t take the pain from the losses and begin to “cover” (buy back) their shares, they exert still more buying pressure on the stock, pushing it up still further. This self-reinforcing cycle can continue to push a stock higher until there are too few shares short, at which time (normally) the buying pressure subsides, and the stock declines toward a more rational valuation. The drop may happen very quickly as those who bought in early, hoping to push the shares higher, rush to the exits together to preserve their gains. In the case of GameStop, the unique and unprecedented nature of this Wall Street vs Main Street battle means the timeline and path of the stock from here is anyone’s guess. As of now, the short interest in GME (the percentage of shares sold short) still stands at a whopping 113%, according to research firm S3. The shorts, in aggregate, have not yet capitulated and are girding for battle next week.

Implications For The Future

The implications for the future of investing after recent short-squeeze skirmishes in GameStop and other stocks subside are as yet unclear. However, it seems highly likely that all institutional investors, on Wall Street and elsewhere in the world, will be ruminating over their short positions this weekend, trying to determine if one or more of them is ripe to become GameStop redux. Clearly the WallStreetBets coordinated raid on GameStop has introduced a new and significant risk factor for any investor who holds short positions. Collectively, valuations may become a bit distorted and creep higher as the skeptics out there become less vocal and enthusiastic about actively betting against the stocks they think are overvalued. Whatever the endgame of the GameStop saga, the new reality is that individual investors, organized through social media, are new and powerful kids on the investing block eager to poke Wall Streeters in the eye.

Long-term investors with diversified portfolios will likely see little to no impact from this episode. Risk aversion may increase in the coming weeks and months, but due to strong performance over recent months, the markets are, in my view, due for a modest decline or at least some sideways price action for a time. It is important for investors to remember that markets periodically encounter such trading anomalies as this (remember the “flash crash” of 2010?), then right themselves and carry on.

Schedule a call with us if you would like to discuss the markets or your portfolio.

Find out more about what we do here.