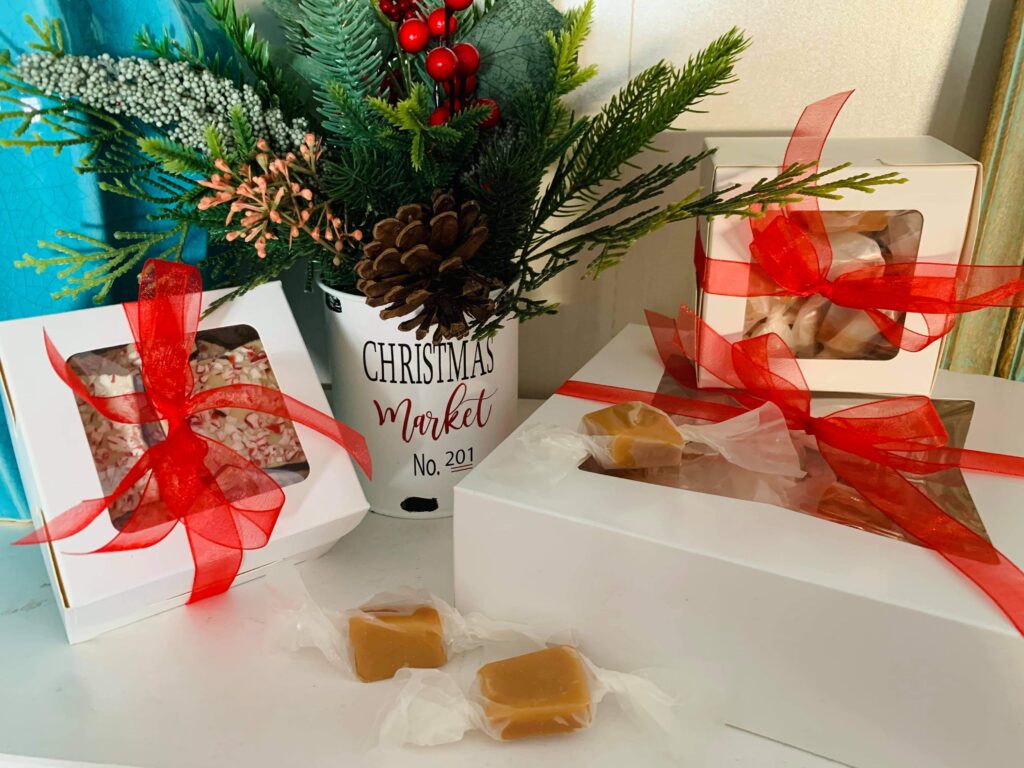 Making caramels is not one of the easiest recipes to perfect. This was certainly true for Spring and Steve Dyer. Spring has fond memories of her grandmother’s Christmas tradition of making a large batch of caramels for the family to enjoy. After her daughter was born, she wanted that practice to continue in her own family. Coming from a catering family, with culinary experience and being an amazing cook, Spring assumed making caramels would be a simple process; but she could never quite master making the perfect caramel. After countless less-than-perfect batches — one disaster included shattering a glass table after she put a hot pan on it — she was more than frustrated.

Because her grandmother’s original caramel recipe couldn’t be located, Spring tried many others. She finally found one in a Charleston newspaper from “Grandma Jerry” and thought it seemed reminiscent of her own grandma’s recipe. When her first attempt failed, she asked Steve to help her stir the batch. He stepped in with the comment, “It can’t be that hard.” He took over, methodically using the candy thermometer to check the temperature and keeping an eye on the color. “I just applied science to the process and my first time was a success, so Spring handed over the caramel making to me,” laughs Steve.

That was four years ago, and true to her family tradition once they had mastered the recipe they started giving them out as gifts and selling them at Christmastime and other holidays. The orders began to grow as word of the mouth-watering caramels got out. Every year they create about 40 pounds. The business is a family affair, with their two daughters and son vying to earn extra money by helping with wrapping and packaging. “I love that we have kept this family tradition alive and it has helped my kids learn a good work ethic and to love their community,” comments Spring.

Having grown up in a family with six boys, Steve said his mom created bountiful meals, but didn’t have time for gourmet anything. “I had really never done much in the kitchen, so Spring has definitely expanded my culinary horizons,” he says. The difference in the approach from both of them comes from their varied backgrounds. Spring is the creative type, excelling in photography, graphic design and painting. Steve joined the Navy right after high school and is now a Lieutenant with the Nuclear Submarine Program. He is known to be calm under pressure and takes a scientific approach to caramel making.

Steve says Spring is famous for making an amazing meal from the refrigerator, when you are sure there is nothing in it. This happened on one of their first dates when she whipped up a gourmet macadamia crusted halibut with roasted potatoes and veggies. When there were no breadcrumbs, she improvised by making her own from croutons. Steve was impressed as she added a pinch of this and that to create a meal out of seemingly nothing.  “I knew from that moment that I would eat well for the rest of my life. I didn’t realize I would find a place in the kitchen as well.”

Asked if their children inherited the cooking gene, they say the kids cook a little, paying particular attention to the plating presentation of the food, gleaned from watching Spring through the years. Their entrepreneurial spirit and desire for cash has helped them host lemonade stands, and son Grady became known as “Zucchini Boy” because he baked and sold lots of zucchini bread from the overabundance in their garden.

The family has lived in Coronado for more than six years and is intrinsically involved in the community, helping with the Coronado Schools Foundation, to which they have donated art and photography. Spring also organized the community art project for 92118 Day, which now hangs in the Community Recreation Center. Her ocean-inspired resin art can be seen (and is for sale) at Leroy’s Kitchen + Lounge on Orange Avenue.

Their customers’ testimonials speak volumes for the tastiness of their caramels. One was ashamed to admit devouring the entire box in one night. Then there was the time when a client sent her husband to pick up one box and he mistakenly took all the boxes. Steve thought they had been “caramel hijacked,” until the extra boxes were sheepishly returned.  Their goal isn’t to become candy tycoons, but to share great caramels for people to savor.

This year’s offerings include a half pound of caramels for $12 or one pound for $24, and a half pound of peppermint bark for $10. A combo gift pack, which includes caramels, mixed nuts and peppermint bark, is available for $24. Larger quantities for party favors and events can also be ordered. You can place your order for these scrumptious treats by messaging on Spring Dyer through her Facebook page or by calling 360-286-7205. 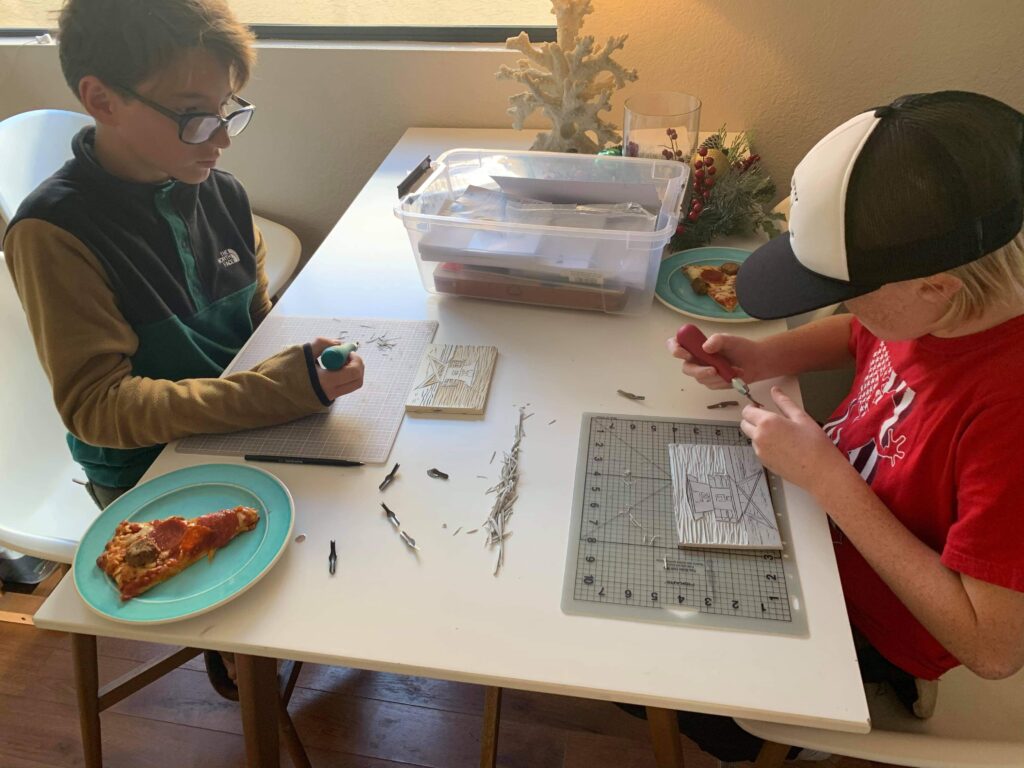 Grady and his friend Russell Linder will be selling the caramels, along with homemade ornaments and cards at the 2020 Artisans’ Alley on December 5, 2020.

There’s a new rooster in town inviting you into recently opened Française French Goods at 1037 Orange Avenue. The shop is the vision of...
Read more
Community News

“When one of your best customers comes back five times during a holiday season for more of the same items for gifts, you know...
Read more
Military

New and Pre-Loved Treasure Trove of Finds at Coronado Vintage

The topics for the first City Council meeting of the year ranged from mid-year budget adjustments, help for local businesses, to the Ocean Boulevard...
Read more
City of Coronado

The new year will look different for Whitney Benzian, as he steps away from his role as a city councilmember to focus more time...
Read more
Business

Never before has a home desk for students been such an important piece of furniture than with this year's at home distance learning model...
Read more
People

More than 400 letters later, the Billock family is glad they decided to host the Santa mailbox this year. Originally purchased as a decoration,...
Read more
Entertainment