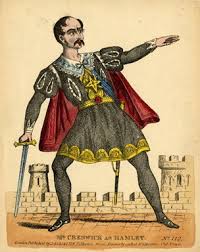 Elizabethan theaters were frequently shuttered in London during outbreaks of the plague, so communities were unable to come together and witness performances during times of quarantine.

Enter the Coronado Public Library. Today’s technology will facilitate our collaboration with the Working Actor’s Journey podcast and the San Diego Shakespeare Society to bring you a live reading of Shakespeare’s Much Ado about Nothing in the comfort of your own home. Tune in at 3 p.m. on Thursday, April 2, to https://workingactorsjourney.com/muchado/ and enjoy a professional reading by world-class actors who have appeared on the stages of San Diego’s Old Globe, North Coast Repertory Theater and Broadway and starred in some of your favorite television programs.

In the comedy set in Sicily, Benedick and Beatrice are tricked into confessing their love for each other. Claudio and Hero love each other but then they don’t, and then they do again! The excitement in Act V, concludes with a celebration of the marriage of the two couples and all’s well that ends well.

According to Shakespeare biographer, James Shapiro, the plague would transform and reinvigorate Shakespeare’s playing company, hurt the competition, alter the composition of the audiences and enable him to collaborate with talented musicians and playwrights. Likewise, the library continues to adapt to the circumstances by bringing you quality content via our website, YouTube channel and social media.

During these times of much ado about something, we hope you will join us for this special reading this Thursday at 3 p.m.

Story Times and Museums Come Together for Coronado

For any kids who feel like they are missing out on election fever, the library is offering a chance for children of all ages...
Read more
Advertisement
Sponsored Partner Links