The Islanders competed hard for the entire game and even had a goal called back. Going into this match the Islanders knew they were going up against the #3 ranked team in D1. Underclassmen that stepped up included: Connor Buckley and Owen Monahan. After an even battle between the schools, Santi Camus scored the goal that decided the final score, a draw at 1-1, so Coronado’s overall record is: 0-1-0. 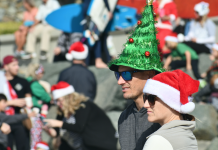 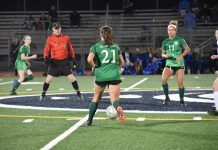