During a regular PTO meeting on November 20, Coronado High School Principal Shane Schmeichel met with parents to discuss the process for determining upcoming changes to the bell schedule at Coronado High School. Schmeichel assured the crowd that they will be a part of the planning process and their input would be considered as future changes are made. This was the first of many “parent forums” Schmeichel intends to host. Schmeichel also shared with parents that he has already met with eight classes of students to hear their thoughts and concerns regarding the bell schedule. 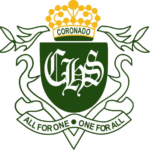 When explaining why CHS is changing their bell schedule Schmeichel said, “The state mandates how many minutes of instruction our students are required to have. The structure we have used in the past to count minutes is changing and we are no longer able to count E period as part of the day… [so] our school day is going to get about 30 minutes longer.”

“We started this process about a year ago with the staff, and started with a bell schedule committee and later added a campus culture leadership committee,” said Schmeichel, “We’ve had the same bell schedule for 14 years… but as you look at schools across the county, state and nation, there are 7 or 8 periods… we are looking at those models. We have amazing students and we want to make sure they get the best possible experience.”

Another factor the school is considering is the recent legislation signed into law by California Governor Gavin Newsom. On October 13th, Governor Newsom signed SB 328 into law, mandating that by no later than July 2022, “The schoolday for high schools, including high schools operated as charter schools, shall begin no earlier than 8:30 am.” California is the first state to sign a law requiring later start times. “The science shows that teenage students who start their day later increase their academic performance, attendance, and overall health,” Newsom said in a statement.  During the forum on Nov. 20, papers with three differing examples of bell schedules were passed out for parents to comment on. None of these considered an 8:30 am start time, but these were only a few of multiple schedules being considered.

There was a large turnout to the PTO meeting after announcements from the school were sent out encouraging attendance at the event. Kimberly Schulrud-Grossmann encouraged parent participation by sharing details via Coronado Facebook pages saying “Principal Shane Schmeichel will be presenting the options being considered for a new bell schedule (to be implemented in the fall). This is important because it is not merely a shift of time. Rather, a committee has been considering several options, including adding more class sessions (seven instead of the current six) and/or adding more block sessions. This will be the first opportunity for parents to have input into the process, which as I understand, will continue with info/feedback sessions over the next couple of months with various stakeholders.”

Numerous concerns were brought up during the forum including the impact of longer days on the COSA schedule, after school sports, and the commute. Many of those present seemed to agree that having 7 periods was a good thing, allowing students more class choices and electives. Principal Schmeichel shared a website (bit.ly/CHSptobell) that parents and students can go to and submit questions and concerns about the bell schedule. Schmeichel also stated that he is planning a few more forums that will take place both in the morning and evenings so that everyone has an opportunity to attend. The major takeaway from this forum is that no decisions have been made on what the new bell schedule will look like, and the district is interested in having both parent and student input to inform the decision.

The City of Coronado was named Emerald Keeper of the Month by President Amy Steward, along with Board Members Ginger Cox and Christina Slentz...
Read more

Local, base and shipboard fire fighting teams responded to a fire aboard USS Bonhomme Richard (LHD-6), a Wasp-class Amphibious Assault Ship, while it was...
Read more
Advertisement
Sponsored Partner Links