Vons hopes to begin expansion and renovation work as soon as possible once construction plans and permits are approved. 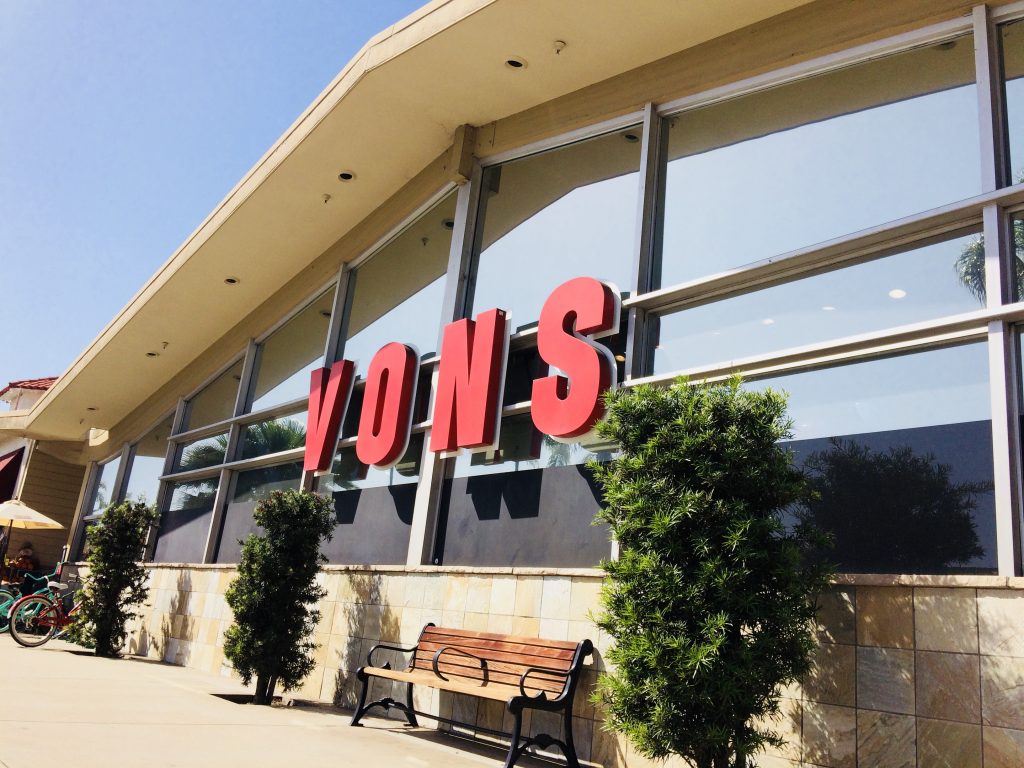 On October 15th, Coronado City Council approved a re-design of exterior plans for the Vons and former Coramart expansion, including the adjacent parking lot. Also included in the approval are interior renovations for both structures.

Paul Herman, senior construction manager with Albertsons Companies (owner of Vons), hopes to begin work as soon as possible once construction plans and permits are approved through various government entities, including the City of Coronado and San Diego County. Herman says the store will be open throughout the expansion process citing their desire to not inconvenience customers.

As for concerns regarding the impact of upcoming construction, Jesse Brown, senior planner for Coronado, notes they are “sensitive to the parking and traffic issues” that may arise. The city has asked for a construction management plan to identify planned truck routes and proper storage spaces for building materials and large machinery.

A New Facade for Vons Storefront

Prior to approval, the council asked Vons representatives to redesign their previous proposal to improve the east elevation facade and broaden the appeal to pedestrian traffic. The original expansion plan called for opaque windows, a simple exterior renovation, and patio furniture. To hide electrical machinery on the roof, they raised the roof line.

The city hoped for more reflective windows and an additional entrance in the former Coramart building hoping to entice passersby. Unfortunately, the city received neither.

But in a bid of good faith, Vons representatives offered a new monochromatic design, with a faux steel door, and three decorative murals featuring designs by local artists. Herman says they will work with Coronado Cultural Arts commission to develop a vision for the artistic renderings.

Albertsons Companies also offered $150,000 to spruce up the walkway with trees to enhance the streetscape. In an effort to provide a cleaner aesthetic, Vons will remove all shopping carts on Orange Ave. The city will maintain responsibility for tree installations with funds provided by Vons, while the latter supplies all tables, chairs, and umbrellas.

The rear exterior of the former Coramart will feature an exit door for emergency or loading purposes and a trellis across the building’s width.

The merchandise currently located on the back wall of Vons will also be removed for safety and aesthetic reasons. The transformer has already been removed and relocated to the parking lot. And according to the last city council meeting, all visible electrical wires for Vons will be moved underground.

The Promise of a “Greener” Store

The former Coramart store, owned by The Barob Group, has agreed to lease the building to Albertsons Companies. Herman confirmed Albertsons will take on the financial responsibility of upgrading wiring, plumbing, and electricity in the outdated building. This substantial project will bring the long vacant store up to current California code.

Herman said the goal of these enhancements will improve energy costs and consumption making Vons a “greener” store.

The original Vons store will also be undergoing a much needed renovation creating space for more product offerings to its customers. Shoppers will have a little more room to move near the front and back of the store with aisles wider in those areas and a redistribution of bins.

According to Herman, the interior will have new lighting, floors, paint and decor. The freezers and dairy coolers will be relocated to the new building, along with the produce cooler. A more extensive selection of fresh fruits and vegetables will be located between the thruway that links the two buildings. Per the new plans, it also appears the Coronado Vons will receive an expanded meat department.

Coronado will also gain another coffee stop. A Starbucks kiosk will be located at the front of the store that is currently occupied by produce and bakery items. Two dedicated parking spaces for Starbucks customers will be assigned in the rear parking lot.

And perhaps the most convenient change for parents with young children and all Vons patrons, two public restrooms will be installed in the former Coramart space.

Overall this mid-century modern design will refine this section of Orange Ave, providing a more inviting space for pedestrian traffic and enhancing the shopping experience for Vons customers.