“The Peanut Butter Falcon” Brings Joy and is a Must-See 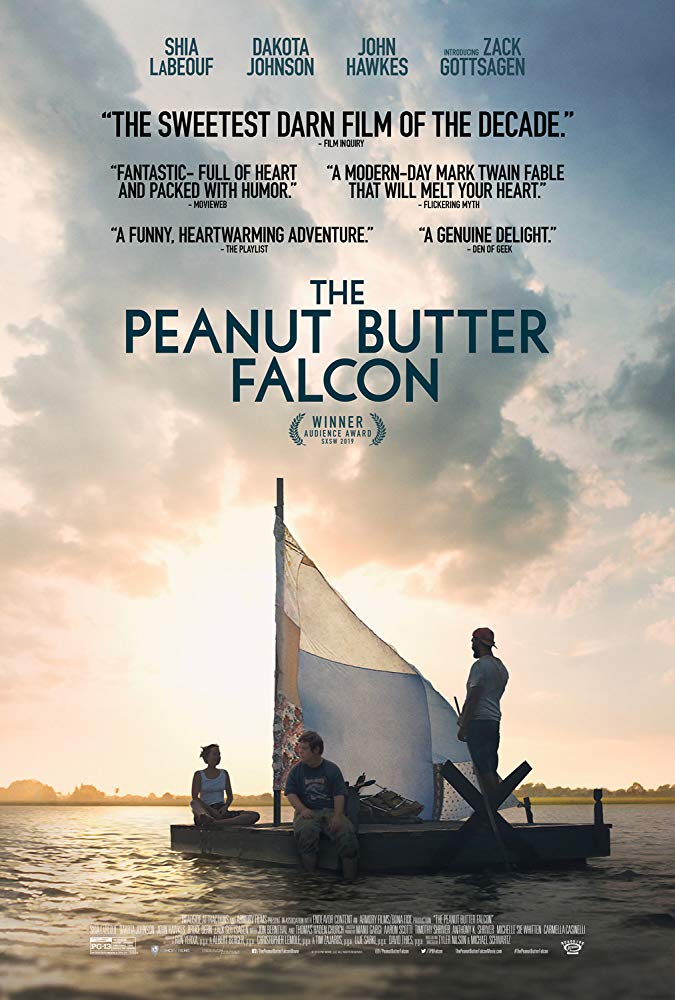 Rarely do you leave a movie without any criticism, but The Peanut Butter Falcon accomplished that feat for me. The story of Zak (Zack Gottsagen) and Tyler (Shia Labouf) is comical and fun while tackling stereotypes and debunking expectations. Shia Labouf gives a rave performance. This is also a great film for Dakota Johnson to shed her 50 Shades of Grey image (she was only handcuffed once during this film). The chemistry between the two inches toward the Adam Sandler/Drew Barrymore level and they are a winning combination. This is Zack Gottsagen’s debut full length film and hopefully it becomes one of many.

The film follows Zak and Tyler on an adventure while both are on the run. Zak has been living at a senior community, befriending many seniors who all want to see him get out and live his life. Tyler has some trouble with other fishermen in his town and needs to get out- fast. While Tyler is reluctant to partner with anyone, Zak makes a compelling case, “Let’s be bros and chill and have a good time.” Later on Zak tells Tyler, “I am a down syndrome person,” to which Tyler retorts, “I don’t give a sh–. Do you have supplies?” Inciting important questions, do his challenges change how he is viewed? Should they? While I would love to see a film that does not even discuss these labels and instead lets the characters be as they are, I am optimistic that the acceptance of down syndrome in the film will lead to normalization.

Greg shares, “I didn’t expect Shia Labouf to do so well. The movie has a good pace and it has a great ending. I also like how inclusive the movie is.” Perhaps one day there will be so much inclusion of all people in movies that we no longer comment on inclusion.

The films fits the small but powerful plot into about 90 minutes. Layered with joy, impromptu dance parties, love and loss, and friendship, this movie is a must see.