The first grade class at Christ Church Day School recently opened a one-day pop-up restaurant to raise money and awareness for the Monarch School, a K-12 school dedicated to educating the homeless children of San Diego. Eager to replicate the success of the prior first grade class’s pop-up restaurant, and with the desire to give back, the students pleaded with their teacher, Mrs. Sneed, to keep the tradition alive by opening a restaurant so that they too could learn more about the industry and, at the same time, raise money for those less fortunate. Guided by this charitable spirit, the students sought inspiration through a real-life, behind-the-scenes tour of Island Pasta, courtesy of owners Carol and Brant Sarber. 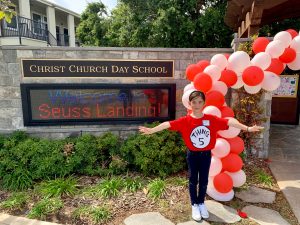 Unphased by the hard-work needed to run a restaurant, and to turn their desires into reality, the group of 6 and 7 year olds created a business plan and headed to meet with Bernice Zimaro at Cal Private Bank to inquire about a loan. Cal Private Bank graciously kickstarted the restaurant with a $500 gift and, from there, the students divided into marketing, design, and food selection teams. They created flyers and invitations, designed a menu, and settled on the food and drinks to be offered to their patrons.

Enamored with the reading curriculum at CCDS, the first graders opted for a Dr. Seuss-themed restaurant—naming the restaurant “Hop on Pop Pasta Shop.” The design team wove the Seuss-theme throughout the restaurant, giving each table a whimsically-worded designation, decorating the restaurant with iconic scenes from Seuss’s imagination, and paying homage to Seuss’s eccentricity through menu items such as “Yink’s pink ink drink” (i.e. lemonade), “Grinch’s green pasta,” “Seuss salad,” “Truffula tree fruits” and the star of the fare—Cat in the Hat cookies, courtesy of Coronado local and cookie entrepreneur, Shelley Fialkowski.

The students applied for different positions at the restaurant and, on the day of the restaurant’s launch, they took responsibility for confirming reservations, being the host/hostess, waiting on the customers, and cooking the food. As with the reading, writing, and communication skills they showcased in orchestrating all facets of the restaurant-opening experience, the first graders (who came into the year with basic math and money proficiency), tabulated the bill, made change, and learned the correlation between quality of service and tipping.

Reviews of the restaurant by patrons were unanimously positive, with one calling it “Seusstastical!” From the design to the customer service, to the food preparation and attention to detail, the restaurant was a resounding success. The kids learned about the entrepreneurship process, and the value of coming up with an idea and working hard to achieve it, all the while demonstrating the impressive advancements they made over the year in their core proficiencies, and folding their curriculum into a charitable endeavor. The students will now go back to the bank to repay the “loan,” and to present the Monarch School with a check for over $1,800.

The CCDS class had an adventure indeed,
They opened a restaurant for those more in need.
Inspired to give, to learn, and be greater,
The students transformed into hosts, chefs and waiters.

After weeks of preparing, the project began,
Nothing more important than a good business plan.
They set the bar high, since their goal was sky,
So the next stop was the bank for their money supply.
Cal Private Bank trusted them with a “loan,”
Then came the fun part, which restaurant to own?
After a tour of Island Pasta an idea rose to the top,
a Seuss-themed café “Hop on Pop Pasta Shop!”

The students broke into teams of marketers and designers,
they developed a menu and décor for the diners.
They learned to take orders, tally bills, and cook without burning,
And in the process combined a whole year’s worth of learning.

On the day of the opening, the tables were made,
By this group of 6 and 7 years olds, all in first grade.
The menu paid homage to Grinches and Finks,
as patrons were surrounded by Seussville antiques.
Truffula Tree’s created the mood, as Things 1 through 14, cooked all the food.
Though reservations were limited, and seats in demand,
the reviews were universal—best food in Seussland.

The hard work paid off, the bills tallied and totaled,
then came the tips, the profits exploded!
$1,800 earned through hard-work and good serving,
all donated to the Monarch School, no place more deserving.

The students and Mrs. Sneed would be remiss not to thank,
the generous parents and Cal Private Bank.
Thank you Island Pasta for the behind the scenes tour,
and Shelley Fialkowski, Coronado’s cookie entrepreneur.
Last but not least, thank you to our guests,
You truly are the very best! 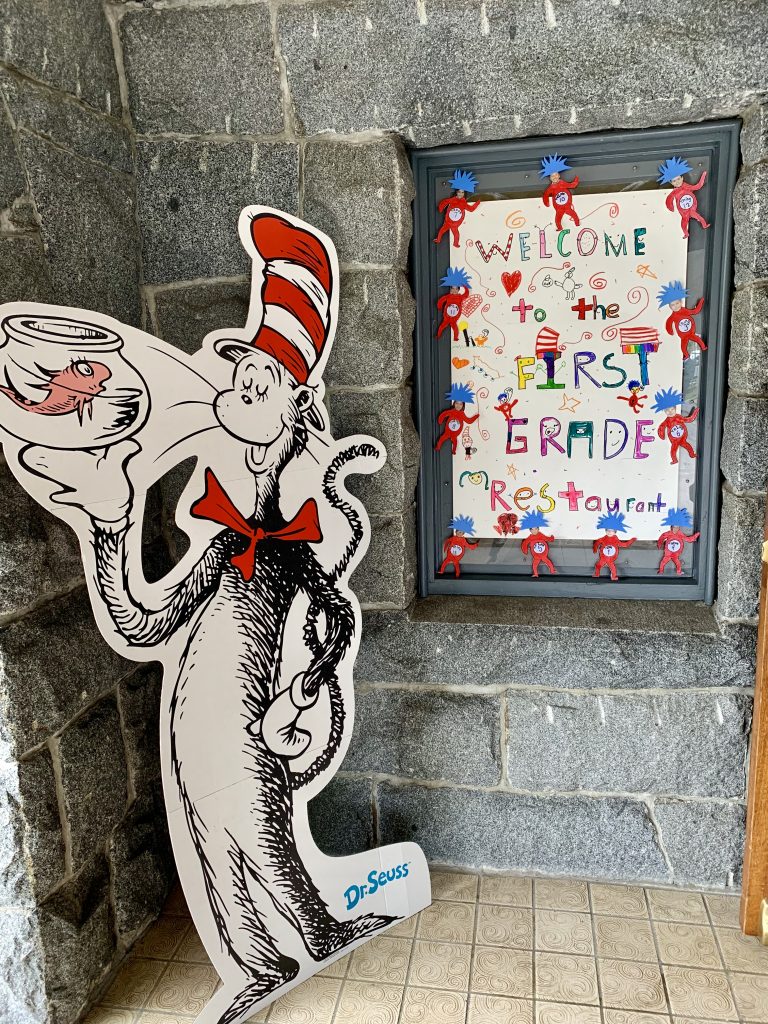 Be Smart. Think Fresh. Buy Local. That’s the motto of the Coronado Farmers' Market, which has provided our community with certified fruits, vegetables and other...
Read more
City of Coronado

Mary Jane Osmeña Perry, Commander, USN (Ret), passed away on April 6, 2021 at the age of 53.Born into a Navy family on September...
Read more

Family Picnic Fun for All at CCDS

Making connections with various people to discover our similarities is so important in today’s world. Finding commonalities instead of differences helps build empathy in...
Read more
Education

We are so very proud of all 2019 high school graduates, but we are especially happy for those who started their educational journey here...
Read more
Advertisement
Sponsored Partner Links