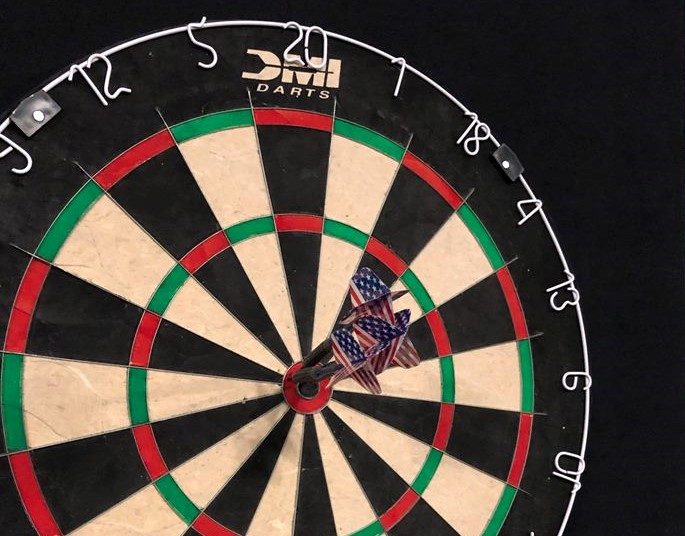 …A woman throws darts at a photo of her ex-husband. The phone rings, it’s her ex. “What are you doing?” he asks. “Missing you,” she replies.

Good humor, good fun, and good company are what the newest club to form in Coronado strives to promote. The Coronado Dart League is a fun, inclusive event started by the Marine Corps League-Coronado Detachment with the objective to create a regular social event that would bring people from all walks of life together.

Club founder and organizer, Rodney Neilson, jests: “Marines are competitive by nature, really like to throw things, and are always looking for a target… so the dart league seemed a perfect fit.” 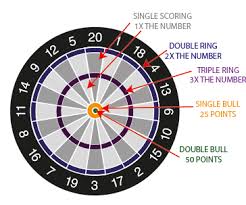 At the end of a seven-week series, the total legs won for each team are tallied and the top four teams are entered into the “playoffs” in a double elimination tournament.

“The skill level is from beginner to intermediate,” says Rod, “so it is very informal. I’m sure we will all improve and stand out as we practice and gain more confidence with our game. Once we develop our skills, we could compete against other clubs in the local San Diego area.” 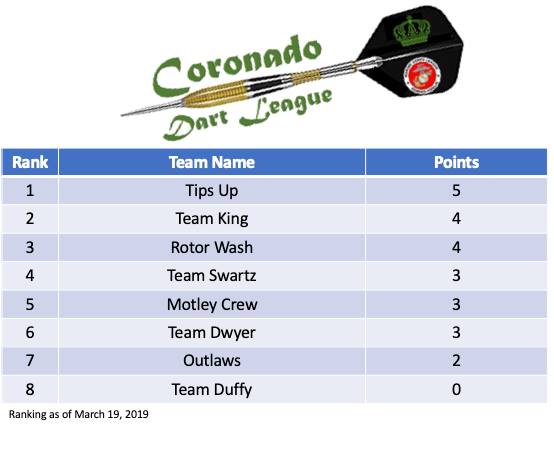 A darts newcomer who wished to remain anonymous describes her decision to join the league as primarily social: “Oh, no! Don’t print my name,” she laughs. “I’m terrible. But it’s fun and social, and you don’t have to be sporty or physically fit to participate.” 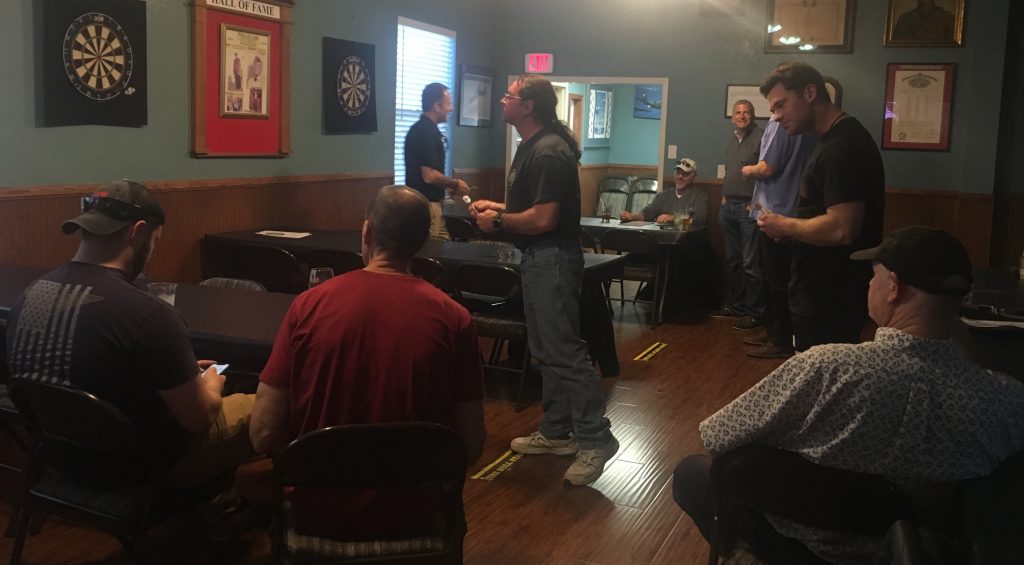 Although only in its first season, the club is in the process of setting up an official 501c3 charter and hopes to become a prominent club in the Coronado community in the near future: