Wednesday, November 7th is The Great Coronado Dine Out, a fundraiser with ‘great’ being the operative word. Conceived of by longtime Coronado residents Elizabeth and Stephen Wampler, the day-long event is a partnership of more than 35 local restaurants and businesses who have committed to donating a portion of the day’s proceeds to The Stephen J. Wampler Foundation. Specifically, in support of Camp Wamp, a summer camp for children with physical disabilities.

The Great Coronado Dine Out is the inaugural event of its kind for the foundation, and borne out of the Wampler’s desire to create something inclusive and community-building. They shared, “There are so many fundraisers like those hosted at The Del, and we’ve done those too. But this time we wanted to do something different. Something that would bring people together — where people don’t have to spend a lot of money to get involved.”

Marketing for the event illustrates this very sentiment. Posters featured in the windows of participating businesses throughout Coronado encourage patrons to: “pretend your kitchens are closed” and gather friends and family to participate, whether “greasy spoon or silver spoon.” “The response so far has been overwhelming,” says Elizabeth. “We are hearing from whole neighborhood blocks who are joining the Dine Out. There are people planning to go out for breakfast, lunch, and dinner on November 7th. I’ve also been humbled by the support of other, non-restaurant businesses who have pledged their support in dedicating a proportion of their sales to the Wampler Foundation on that day.”

Proceeds from the fundraiser will benefit Camp Wamp, a summer camp for people with physical disabilities, a cause that is deeply personal for the Wampler family.

Steve Wampler, who has had cerebral palsy since birth, graces the neighborhood of Coronado in a wheelchair. He credits his own childhood camp experience as transformative in his view of physical disability, and has made it his mission to facilitate the same opportunities for other children. He says, “I knew I needed to do something to lead by example to show the world what I could do as a person with CP, to become a role model to others with disabilities.”

Leading by example, in the life of Steve Wampler, is an understatement. In 2010, Steve became the first person to climb El Captain mountain in Yosemite National Park, the biggest rock face in the world. To bring attention to Camp Wamp and to illustrate that all obstacles can be overcome, he spent 5 nights and 6 days on the sheer face of the mountain, the climb equating to more than 20,000 pull-ups.

The climb was successful in bringing attention and essential financial support to Camp Wamp, but the need for funding is ongoing. “Raising a child with a physical disability is very expensive,” says Elizabeth. “We are committed to ensuring that money is not a consideration or obstacle for our campers or their families in attending Camp Wamp.”

Steve’s story and his remarkable accomplishments are now recognized throughout the world. His unprecedented climb was made into a feature-length documentary film, Wampler’s Ascent, which earned dozens of national and international awards and accolades. His story has featured in numerous publications over the years, Ted Talks, and news programs. 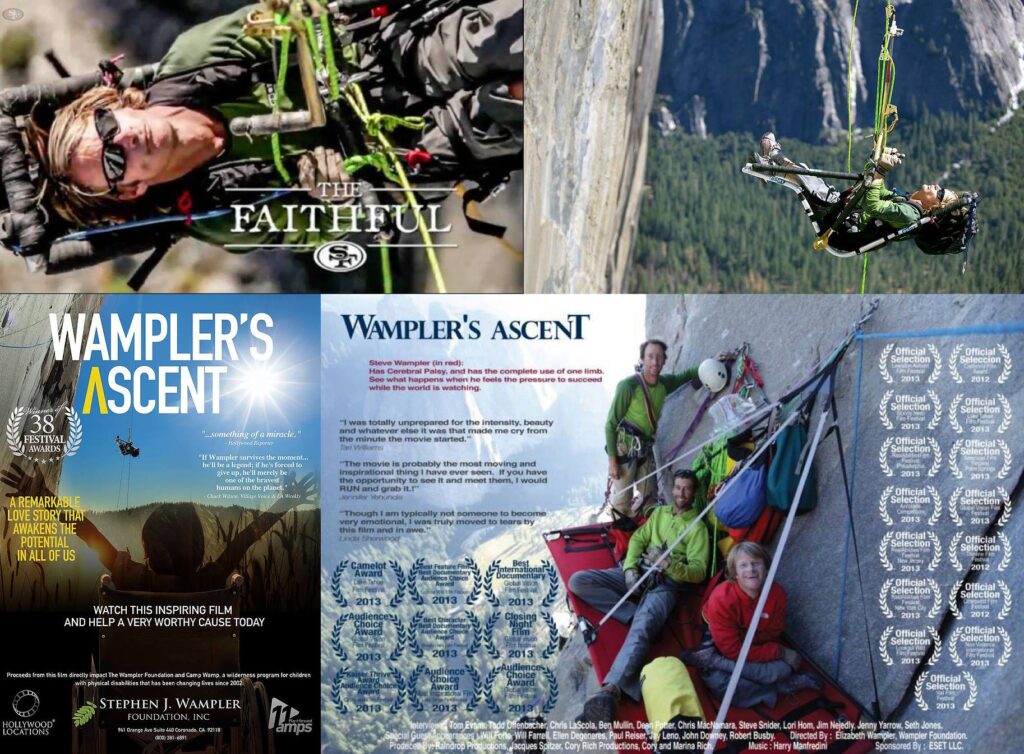 However, despite the acclaim, the Wampler Family remains deeply committed to Coronado. “We will never forget why we are here. It is because of the people of Coronado that we have the courage to do what we have done. The community has made us brave. It lifts us up all day, every day.”

The unspoken theme of the Great Coronado Dine Out closely mirrors the theme of Camp Wamp and The Wampler Foundation’s fundamental mission:

For more information on the Great Coronado Dine Out fundraiser, including participating restaurants and businesses, visit: www.wamplerfoundation.org/coronado-dine-out. 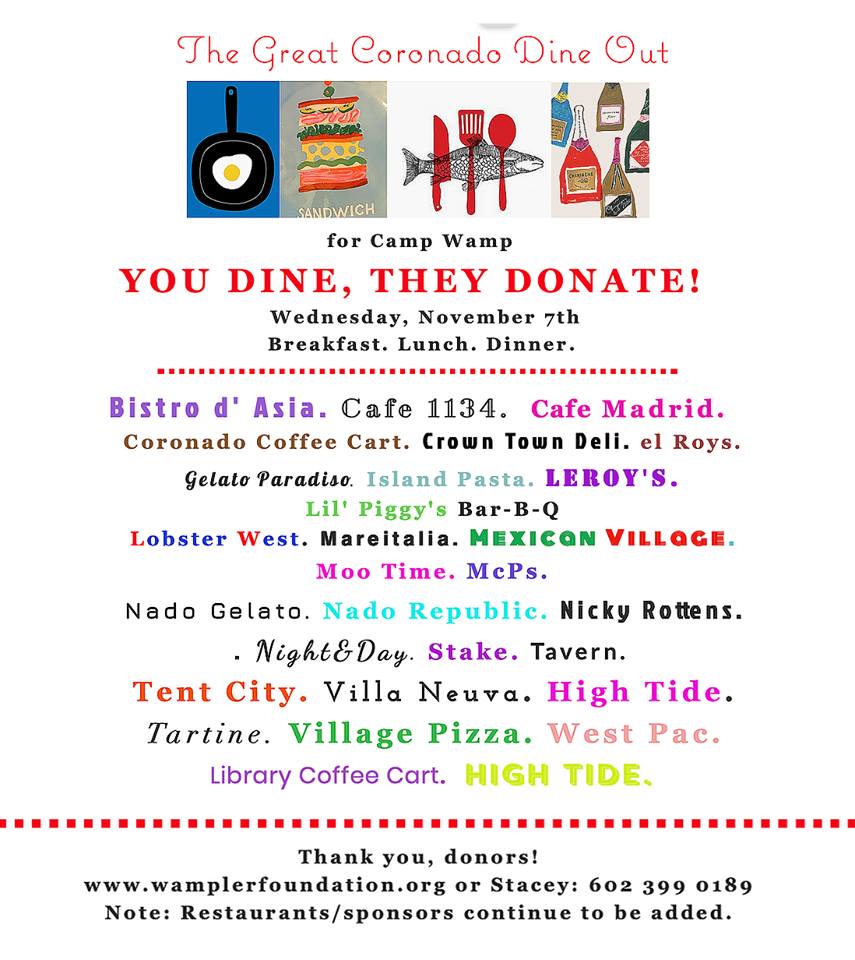 With brewery representative positions recently popping up in the Bay Area, Southern Nevada and Arizona, Coronado Brewing Company appeared to be expanding despite the...
Read more
Community News