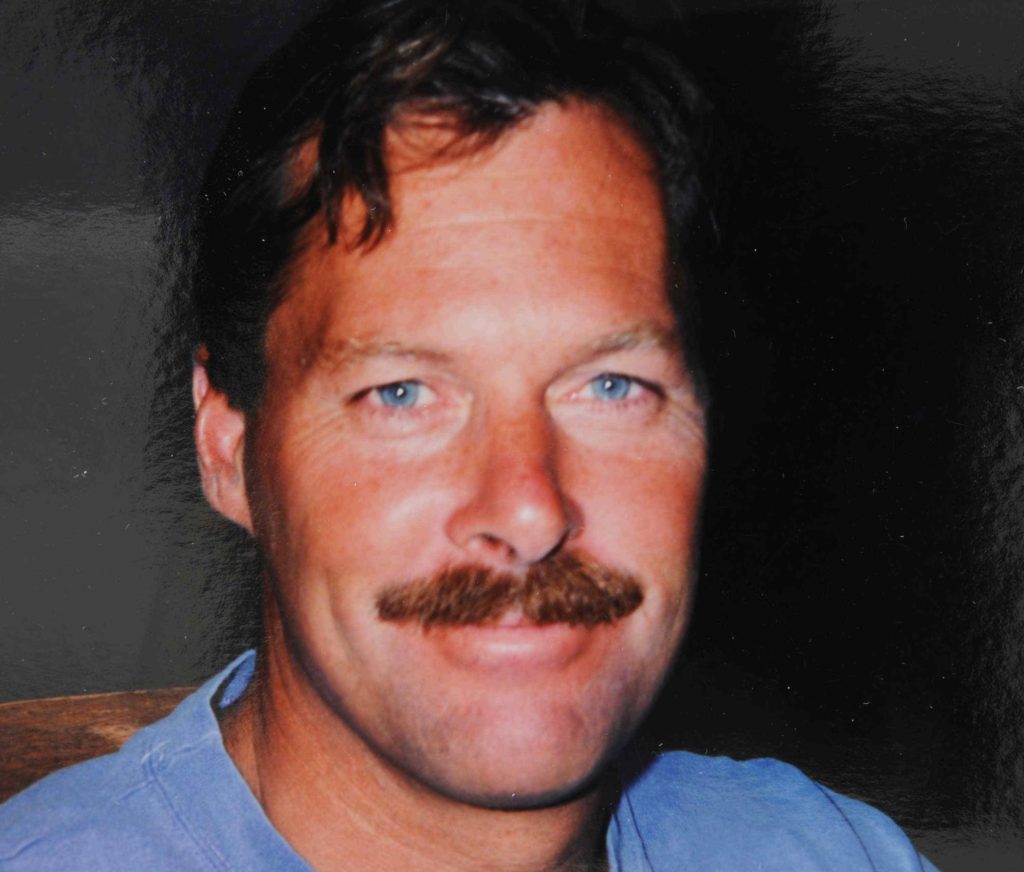 Brian Thomas Lippe attended Vista High School and graduated in the class of 1971. His father was a career Marine Officer and often deployed. He was from a big family, and after high school he left home, flew to Kodiak, Alaska and worked on fishing boats for about six months. He said it was a great experience and a lot like traveling back in time 100 years or so. After his Alaska adventure, he joined the Navy. He started out as a Construction Electrician in the Seabees. Shortly after that, he joined the SEALs in San Diego. He went through BUD/S in 1975 and spent the next 23 years with the SEAL Teams where he did tours with SEAL Team ONE, SEAL Team TWO, SEAL Delivery Vehicle Team Two, and Special Boat Unit 12 and he served twice as a SEAL Instructor. Brian also was a member of the CISM Team- the Consul International Sports Militaire also known as the Military Olympics..

Brian somehow managed to pick up a Bachelors and two Masters Degrees along the way. After retiring from the Navy, Brian went to work for Salomon Smith Barney, a major Wall Street firm, with an office in La Jolla. During his time there, when 9/11 occurred, he was offered some work for the SEAL headquarters. It was supposed to last about three months and it ended up lasting three years. A SEAL friend of his then asked him if he could help with the finances for a new Navy project. Brian spent the next five years working on that.

Brian was diagnosed with cancer in March of 2013. He spent two years fighting before he was able to stop going to the hospital for treatment about two years ago. During his time recovering, Brian got out and practiced photography as well as helped his wife Pamela Murphy with her passion for oil painting. Brian “decided [he] didn’t want to waste too much time, [he] didn’t want to sit around the house and if [he] could do something that other people would enjoy and especially other people that couldn’t get out to see for themselves, it would be a value added.”

During the last few years, he began to publish his photos of spectacular sunrises and sunsets and Coronado’s unique wildlife, and he had a base of followers who enjoyed his work. Brian’s work was featured on the 2016 – 2017 Kennedy Book and his photographs were featured in a 2017 exhibition in the City of Coronado’s C3 Gallery. Despite the cancer returning, Brian continued to rise early each morning to capture the beauty of the sunrise. His work is currently featured in the 2018 exhibition “Picture This … Imagine That,” in the C3 Gallery. He also was working on an enhancement project for the Coronado public art installation “First Ashore,”

to honor the U.S. Navy SEALs and their significance in Coronado. “My photos are the product of a lifetime of interest in photography that has blossomed recently because I finally have the time to concentrate on it. I got my first camera (a box camera) when I was about seven. The technologies available today, along with social media, make it so easy to learn, to get inspiration and to share, that it is hard to believe there was a time when none of that existed. I like to share my photos because I know there are some out there that can’t get to the beach or even get outside to see the world around them and others that are stuck on their computers or just busy with their lives all day. I’ve found that it’s a great way to engage with people online and overall it’s just very positive!”

Brian felt very fortunate just to be here, but also that he lived in Coronado and was able to have the time to look at life differently. Brian’s wife Pamela of 31 years, his siblings Paul, Steven, John , Susan and Janet, his children and their wives Cody, Michael (Ann), Douglas  (Mandi), and Heather, and nine amazing grandchildren—Matthias, Michaela, Juliette, Zoe, Isabella, Sophia, Tristan, Ava and Lena miss Brian, but will smile with each magnificent sunrise that reminds them what Brian knew very well: “That everything starts with a sunrise, but it’s what they do before it sets that matters.”

Brian will be interred at Rosecrans in a private family service. A celebration of his life will be held on Tuesday, July 24, 11 a.m. to 1 p.m. at the Coronado Cays Yacht Club. Memorial donations or a gift of your time may be made to an organization that you care about, but most of all Brian would encourage us to take time to wake up early and witness the beauty of a sunrise.

The ever so beautiful and full of laughter Margo Beh has joined her husband, Dick, to plan their next party. Margo was a 35...
Read more
Obituaries

Marshall Saunders Jr., 80, of Coronado, California, passed away on December 27, 2019. He was born & grew up in Waco, Texas and was...
Read more
City of Coronado

It is with the greatest sorrow that we announce the passing of Retired Coronado Chief of Police, Paul W. Crook Jr. on October 2,...
Read more
Obituaries

Orange Avenue Banner Program Application for Nonprofits Due May 22

Sit a Spell and Play a Tune Public Pianos – Back in May!

Mark your calendar and plan to attend the inaugural “State of the Arts” event on January 8, 2019, at the Coronado Community Center in...
Read more
Community News

Dear Coronado Authors and Writers,On behalf of the Coronado Cultural Arts Commission and the Coronado Public Library, I am pleased to invite authors and...
Read more
Community News

In Defense of Art – Call to Artists, Application Deadline September 15

The Coronado Cultural Arts Commission (CAC) is calling active and retired military artists and/or their immediate family with a connection to Coronado to submit...
Read more
Advertisement
Advertise Here (Get Rates)