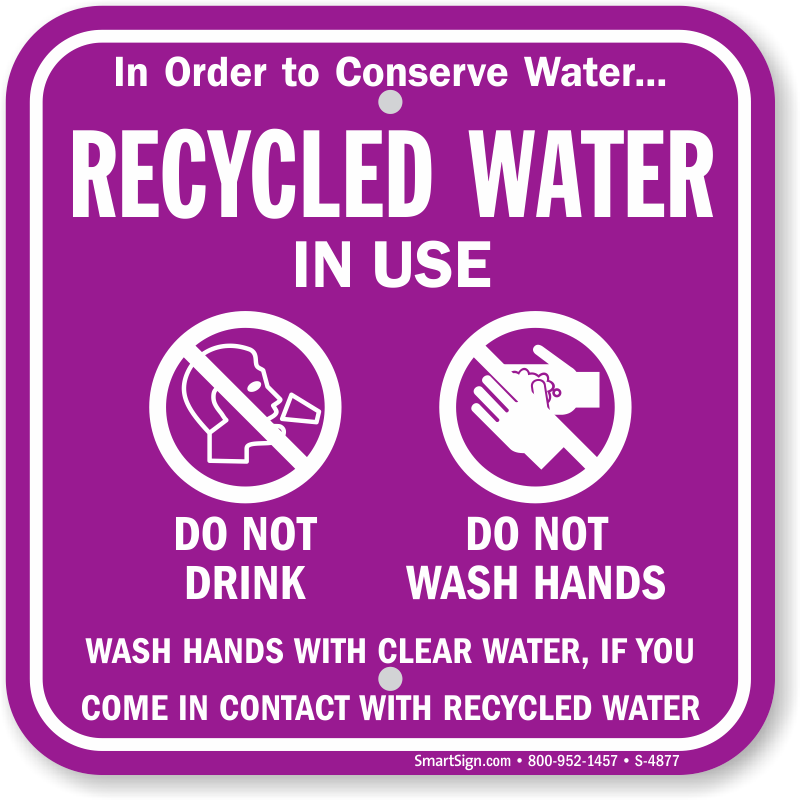 As earlier reported, at its October 17 meeting, the Coronado City Council voted unanimously to “appropriate an additional $100,000 from the Wastewater Enterprise Fund toward the initial research and preparation of the bridging document in advance of the solicitation for the Coronado Recycled Water/Maintenance Facility design-build project.” These funds are to be allocated for research for a proposed construction of a wastewater treatment plant. City Manager Blair King indicated that the construction would begin as early as the end of 2018.

At that meeting, Director of Public Services and Engineering, Cliff Maurer, made the business case for the plant which hinged on a combination of increasing prices for water for irrigation of Coronado’s green spaces and golf course and on expected conservation regulations from the state.

While there were several questions and comments on the business case, there was only superficial discussion at the meeting. When the vote was taken, all members of the Council voted in favor.

While it makes sense, in principal, to try to conserve water and to save the city of Coronado money, what if there were an easier, better, or cheaper way to meet those same goals? This is a question that citizen and activist Daron Case has been asking. We put several questions to Daron to better understand his point of view, which primarily focuses on the need for more study before eliminating, out of hand, other potential sources of irrigation-quality water.

We follow with a response from Cliff Maurer on the City of Coronado’s approach.

CT:  What alternative is there for the City to try to conserve potable water, but still keep green spaces green?

Daron Case (DC):  Groundwater can be treated and used for irrigation. Coronado has at least two sources of groundwater.

CT:  What are Coronado’s potential sources of groundwater? 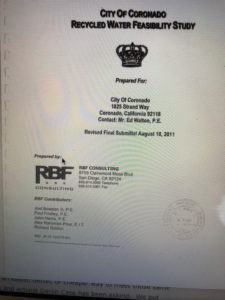 2) Coronado also overlies the San Diego Formation, a known brackish water aquifer. In 1992 Coronado explored the aquifer. At the time, we hoped for irrigation ready water and we were not considering brackish water for desalination. In 1992, an electronic probe was sent to depths of 810 and 1,000 ft., respectively, at two locations on the golf course. Because the water was brackish, a well was installed at 450 feet to replenish the golf course ponds.

CT:  What is brackish water and how is it measured?

Below are the electronic probe results [received via a public information request to the City of Coronado] showing TDS from the two locations on the golf course in 1992. 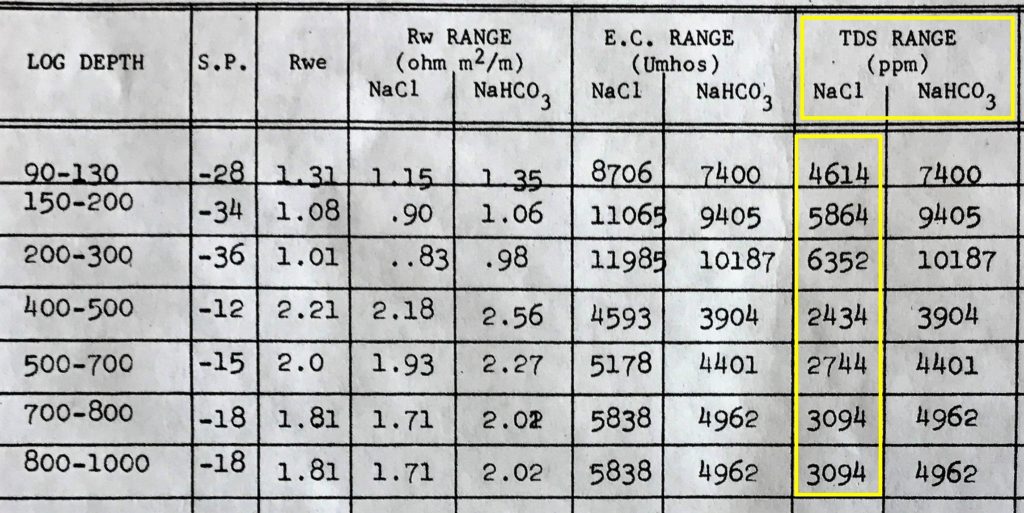 CT:  Have we studied the water quality in Country Club? 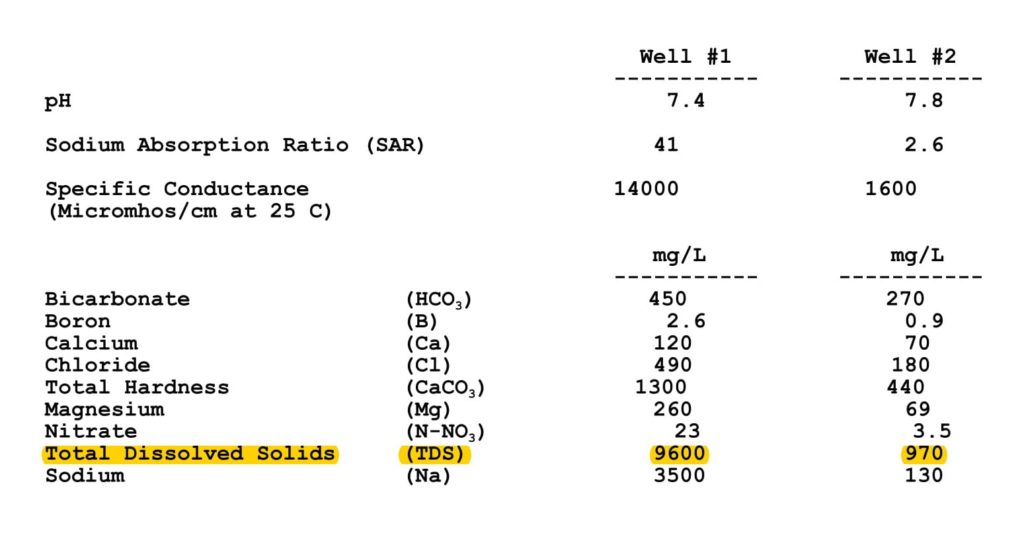 DC:  Groundwater could be a better option if it is already irrigation quality, or if it is brackish but could possibly be treated and used. Either of these options could be better than building the planned waste-water treatment plant. An unbiased groundwater study will help answer the question. A groundwater study that completes a current analysis of the aquifer will really answer it.

Keep in mind there are two separate problems happening:

1)  Country Club has massive groundwater issues, and there is a Capital Improvement Project in the works to repair the pipes.

2)  The golf course loses money every year [Editor’s Note: The City Budget does not bear this out] and the water bill is a leading cause.

One solution will not necessarily solve both problems. If we could stop pumping millions of gallons of groundwater from Country Club across the bay it would save a lot of money. At the same time, if we can water the golf course with something other than potable water it will save a lot of money too. If brackish water quality from the aquifer is suitable for treatment and surface application, the potential benefits for the golf course would be outstanding.

CT:  Has the City considered other sources of water for irrigation? If so, why has it rejected them, to your knowledge?

DC:  No. The 2011 Water Feasibility Study states, “data is not available to determine whether a brackish water source could be developed on the golf course.”

CT:  Are there any other benefits to this alternative method?

DC:  The potential benefits of using groundwater are tremendous. If massive financial savings are not enough, there are also huge environmental benefits. A secondary water source could also be established in the event of an emergency. If our main water supply were ever cut off it would be nice to know we had a backup system at the golf course that residents could depend on.

CT:  Are there any other costs (aside from monetary) of the City proceeding as planned?

DC:  “Purple Pipe” irrigation (i.e., treated sewage water) presents a number of health concerns. It is not safe for human contact and requires a separate pipe infrastructure to be built because of it. Warning signs are also required. As an example, Spreckels Park would require warning signs that instruct you to wash your hands with clean water if you come into contact with it. 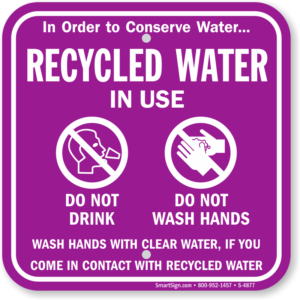 Purple pipe is also still in the early stages so the long term health and environmental impacts are unknown. The City of Denver recently began using purple pipe irrigation only to discover it started killing the trees [Editors Note: Denver Parks and Recreation and horticulturists say the reclaimed water is not the only cause of the trees’ demise]. The Denver Zoo also has stopped using it because the effects on the animals are uncertain.  Purple pipe irrigation contains pathogens and the long term accumulation of byproducts into the soil is yet to be determined.

CT:  Is there anything else you would like to add?

DC:  The City Manager has said he plans to break ground on a sewage plant before year end. If we want to know if desalination of groundwater is an option, we must request our groundwater be studied before we begin building a sewage treatment plant. The benefits of desalination are far greater than using sewage for irrigation. Groundwater desalination should not be ignored.

The Coronado Times spoke with Cliff Maurer, Coronado’s Director of Public Services and Engineering, to understand the City of Coronado’s position on Daron Case’s primary contention that not enough study has been done to justify pursuing an approach that considers only wastewater treatment.

Maurer started out by emphasizing that “right now, this is not a project, it is an initiative.” The City has hired Brezack and Associates to further study the feasibility, costs and benefits, etc. of building a sewage treatment facility. When asked whether the intention, then, is to break ground in 2018, as mentioned in the City Council Meeting, Maurer said “That doesn’t seem possible [given the timeline]. Right now it’s not even a project.”

With regard to considering other sources of possible irrigation water, Maurer admitted that there are clearly other potential sources of water – groundwater or deeper water from the San Diego Bay Formation, which would be brackish. But, “everywhere we’ve tested groundwater, it is brackish, too.” So, both would require desalinization, which is energy intensive and, therefore, expensive. And, desalinization has the added disadvantage of producing brine which is not easy to dispose of. And with deep water wells, “we still run the risk of salt water intrusion.”

Additionally, even if there were a fresh water aquifer (“which we can’t say for sure without extensive studies”), Maurer said that if we “pumped out water at a commercial rate, we’d draw down the aquifer and get sea water seeping in – which would be worse than brackish water.”  [Editor’s Note: The City has addressed the fresh water aquifer on its Fact or Fiction page.]

Moreover, Maurer pointed out that while the goal is to be able to continue to water our green spaces even in times of drought or in the event of further conservation regulation by the state that might not allow potable water to be used for irrigation, treating sewage for purposes of use as irrigation water has the added benefit of saving money. This is so because the City would spend less because it would send less sewage across the Bay.

So, the solution that the City is considering – the sewage treatment plant – is the best option from a business perspective, as well. If the plant is built, the city has negotiated its contract with Cal-Am (California American Water) to “sell our reclaimed water to Cal-Am at a wholesale rate and buy it back at retail.” That would save on the cost of water (because the wholesale rate would be netted out of the cost) and we would simultaneously save on sewage treatment costs. Cal-Am then agrees to undertake the infrastructure costs.

Overall, Maurer says, “It’s environmentally the right thing to do. And, we decrease the cost of what Coronadans pay to treat sanitary sewer.”

The Coronado Ferry has increased its ticket fee from $5 to $7 for a one way ticket, making it $14 for a roundtrip ticket...
Read more
City of Coronado

https://youtu.be/p2lFbIaQTXAHalloween is a month away, but the excitement is building. Find out what the City is planning for the haunting holiday in the latest...
Read more

Feb. 27, 2018 7:00AM UPDATE:  It began raining last night and the rain is expected to continue intermittently through the day today. As a...
Read more
City of Coronado

A group of 20 or so mothers met informally last Sunday in Coronado to begin what they are calling “a dialogue on making our...
Read more
Community News