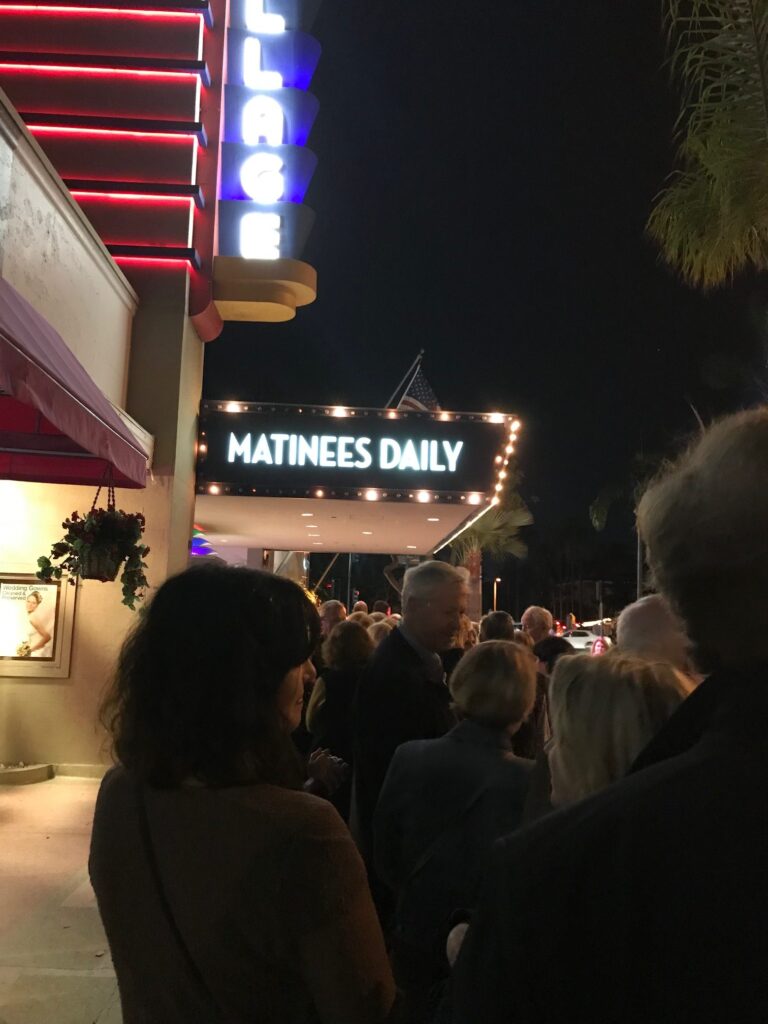 Opening day of the Coronado Island Film Festival (CIFF) was fabulous. It was a beautiful day, almost so sunny that I didn’t want to go inside a theater. On the other hand, I really love documentaries and was looking forward to seeing a few. I would say that I am a documentary film buff, but that might imply some knowledge of how they’re made or the breadth of the body. In fact, I just enjoy them. What I really love is that they offer a glimpse of someone else’s world – oftentimes a glimpse of a world that we could never have any sense or knowledge of, otherwise. Sometimes, they offer a glimpse into a world that we almost would prefer not to know about, but should. I watched two such documentaries in the first two time slots yesterday.

The first film, I saw somewhat by accident. I had intended to see a different documentary, but accidentally went to the wrong theater. When the CIFF volunteer announced the name of the film, I realized my mistake and almost ran down to the other theater. But, I had just made a couple of new friends next to whom I was sitting and it was comfortable in the Village Theatre with my big bag of popcorn. And, I thought, this is how you learn about new things. So, I stayed to watch Night School.  I am so glad I did.

Night School shows the difficulties faced by a group of adults who have dropped out of high school and now want to go back. Each of the three adults of focus in the film, Greg, Melissa and Shynika, hope to change their lives for the better by returning to a full-time high school program for adults in Indianapolis. The struggles they face as adults seem almost insurmountable.

Greg wants to finish his high school degree as a first step in getting a good job so that he can take care of his daughter (he is a single parent). He is hobbled by a criminal background and family drama (but, real drama, not manufactured) that reaches out and grabs him just when he needs to focus on school.

Shynika and Melissa face similar difficulties, with the reality of life always reaching in to grab them and try to pull them off track. And, try as they might, the truth is that the likelihood of them succeeding is exceedingly low.

The unique program in Indianapolis that brings adults back to receive their full high school diploma (rather than the lesser valued GED) is the singular thing that gives each of these individuals hope. But, the challenge – as we learn more explicitly from the second documentary – is how to keep hope alive without giving false hope to individuals who have such low prospects for success.

In the second documentary, Skid Row Marathon, we find a Los Angeles criminal court judge who simultaneously hands down severe sentences for serious crimes and starts a running club for a group of individuals from skid row. His club includes a murderer, now on parole, a homeless drug addict, and others who found themselves on skid row and have managed to pick themselves up at just the right moment to meet the Judge.

The Judge takes these individuals through the arduous process of training for marathons. What we see is that the process of focusing and remaining disciplined and the true friendships that form in the process can all add up to a network of strengths that those struggling can lean on when times get tough.

The Judge does what he can to be supportive without intruding too much. And, he worries out loud about giving false hope to those who many times cannot expect much hope. We see in the film that friendship and kindnesses are critically important and so easy for those of us who are more fortunate to give.

These sentences do little to explain how devastating both films were. I found myself really hoping for the best for everyone portrayed, and my heart breaking when the difficulties became so much to bear that someone would give up. I was in almost in tears through both of these films. Everyone I spoke with outside the theater said that these documentaries were both amazingly powerful. Anyone who cares about the downtrodden or about working toward social justice would do well to find these on the internet (or, if possible, in theaters) to see them.

After the emotional roller coaster of Skid Row Marathon, it was almost too much to go to the happy, celebratory, music-filled opening night party: A Taste of the Festival. But, how could I miss it?

My friend, Karen, who flew in from Houston to join my husband and me at the CIFF, sampled all of the different tastes of Coronado. She loved them all and said that the Mexican food from Fonda Don Diego rivaled the best of Houston. My personal favorite (I had eaten popcorn for lunch and was famished!) was the slider from Nicky Rottens. That, along with a beer from Coronado Brewing Company, made for a lovely evening on the Bay.

Another real treat was getting to see the helicopter from Take Me Home Huey. It was lit up on the bay and attracted a steady stream of visitors.

So far, so good. The festival seems well attended – in fact they had to open a second theater to accommodate demand for the opening night film Darkest Hour. Luckily, Karen and I made it in.

Coronado Psych: The Benefits and Risks of Online Therapy

The COVID-19 pandemic has led to a rapid increase in remote therapy and counselling services. Broadly speaking this is beneficial, as studies...
Read more
Community News

IT'S NEVER 2L8, a Coronado local band, got creative this 4th of July to help Coronado celebrate the busiest day of the year. The...
Read more
Business

As a result of COVID-19, the importance of mental heath has come to the forefront as an important aspect of maintaining resilience within our...
Read more
Entertainment

Staying at home and tired of 24/7 news and old movies? The Osher Lifelong Learning Institute at UC San Diego has successfully moved its...
Read more