In the wake of the March 12th change to Daylight Saving Time, Coronado Mayor Richard Bailey announced this morning that he hopes to eliminate Standard Time permanently in Coronado and stay on Daylight Saving Time year round. With his plan, you will never have to “spring forward” or “fall back” again. 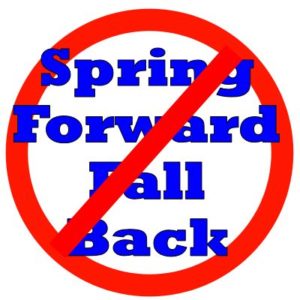 “There are so many benefits to eliminating Standard Time altogether,” said Mayor Bailey in a prepared statement. “The benefits to permanently switching to Daylight Saving Time would be more daylight for kids and parents to enjoy the outdoors, enjoy our beaches, and enjoy our parks.”

As mayor, Bailey is ultimately concerned about the well-being of his Coronado constituents. “There is a safety element because more daylight means better visibility when you are riding your bike and walking on the street, as well as better visibility for pedestrians and cars. Overall, eliminating Standard Time would lead to better use of city resources.”

Citing a recent study published by Lirpa Sloof at the University of Norway, Bailey added, “Other cities of similar size that have incorporated Daylight Saving Time year-round have seen a reduction in crime by 18%. Think about the bikes that will be saved here in town.”

“People seem to be in better spirits when they are out in the daylight,” he added. “I know when I get up early in the morning, I would rather waste an hour of darkness at work while I am half-alseep, not doing anything anyway, and playing Pokémon Go, than when I am done with work in the evenings and ready to go for a run, play Frisbee, or go for a swim.”

Mayor Bailey also cited the benefits eliminating Standard Time might have on the local Coronado economy. “If we are on Daylight Saving, the bars will be open an hour later than they will in downtown San Diego. This means we will probably have an influx in business between San Diego’s 2-3am which will be our 1-2am.” 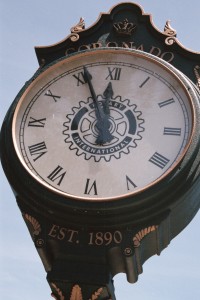 When pressed to describe how the discrepancy in time between Coronado and San Diego might affect daily life and business, Mayor Bailey was confidently optimistic. “I think there will certainly be an adjustment period, but I am hoping Coronado can be a leader in this movement and take it statewide within the next couple of years.”

For now, Coronado has a while to get used to the idea. The new legislation would take effect on January 1, 2018. When the new year rolls around, you may never have to change your clock again.