Local Authors “Tell All” at Night at the Library

On Friday evening, February 3, the Library hosted the Coronado Friends of the Library (FOL) 4th Annual “Night at the Library.” This year’s theme was ” Coronado Authors Tell All.” And it was in the telling of these secrets that made this year’s event truly captivating.

Each author took center stage, at different times, and in different parts of the library.

For those interested in transferring their experience and respect for military service into publishing, three respected and successful Coronado authors provided mentorship.

Retired Brigadier General R.G. Head, USAF, recounted the story of Oswald Boelcke depicted in Head’s book: Oswald Boelcke: German’s First Fighter Ace and Father of Air Combat. A gifted storyteller, Head not only entertained his audience with compelling stories of Boelcke’s life and contribution to aviation history, but he emphasized the importance of primary sources in bringing the past to life. Head proffered a black display-pillow adorned with Boelcke’s numerous German military metals and provided the history of those most notable. Head also passed around photographs of Boelcke’s funeral and a United States newspaper clip that celebrated Boelcke’s accomplishments.

All these supported Head’s argument that Boelcke “deserves consideration as the most important fighter pilot of the 20th century.” The Coronado Historical Association highlighted Head’s book as part of their popular wine and lecture series in 2016.

McNally’s philanthropic work toward supporting these often-missed patriots demonstrates this Coronado physical therapist’s commitment to this community (click here for more info on her work). McNally previously spoke to readers at Coronado’s Bay Books on Orange Avenue about her motivation for writing the book, her writing process, and an explanation of her philanthropic work. 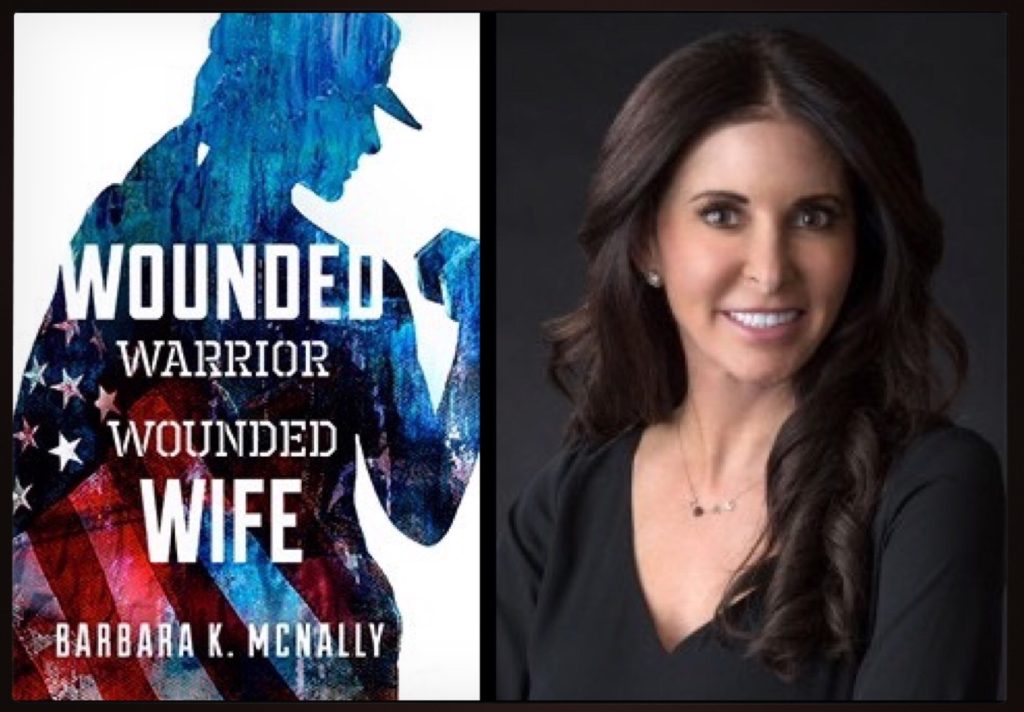 Coronado High School graduate (CHS 1983) and former Marine, Ted Nulty, inspired listeners in the Teen Section of Library. Humble and humorous, Nulty shared how his experience as a Marine and additional career in law enforcement, provided rich context for his book. Like the other Coronado authors, Nulty described the research he devoted not only The Locker, but also to his second book Gone Feral. However, it wasn’t research, but Nulty’s fans, that inspired the sequel to Gone Feral, Barry’s Walk. In response to readers wanting to know more about a character introduced in Gone Feral, this third story tumbled out of him quickly.

Nulty’s book, The Locker, will be made into a major motion picture. Nulty told of being rejected numerous times by various publishers; yet encouragement by friends, Brenda Jo Robyn (nee Pastor) , the evenings’ chairwoman, in particular encouraged him to persevere. He also addressed the challenges of writing a story that some saw as a screenplay and some saw as a novel. Either way, Nulty’s talent has shined through and Coronado residents can look forward to seeing Nulty’s The Locker on the big screen. Filming for the trailers will be this spring.

Authors without a military background, but equally compelling stories, also shared their “tell-alls” with interested listeners.

Tom Barry, author of When the Siren Cries (sequel to When the Siren Calls), laughed as he recounted that his publisher compelled him to change his protagonist from male to female. This request came after the book had already been completed. Barry complied. His publisher then wanted Barry to change his name from Tom to a woman’s name, hoping that a female author would draw a larger female audience. “That’s where I drew the line,” said Barry with an amused expression on his face, “You have to draw the line somewhere.”

Barry stayed true to the format of the evening and sought to reveal his writing process.  He emphasized that “having a dramatic opening” and creating a hero that “the reader has to want to succeed, that [the reader] likes and identifies with,” is crucial. Additionally, Barry noted that readers need to feel “retribution has been served.” Given that Barry emphasized that his book is definitely for readers 18 years-old and up, one wonders just how “retribution” plays out in the novel.

The theme of love is also played out in Coronado author, Joan Carney‘s, book Fated Memories. Carney works for our very own Coronado Police Department. Carney writes not only novels, but also shares her tips for improving as a writer on her blog, facebook page and website.

Finally, Toni McGowan, who writes as Gwen Dolyn, delighted her audience by explaining her process in writing Magnificats, the Return of the Wind Demon. Both authentic in her presentation and passionate about the imaginary world she has created for the pre-teen audience, McGowan revealed the nuance and details that go into constructing a novel. 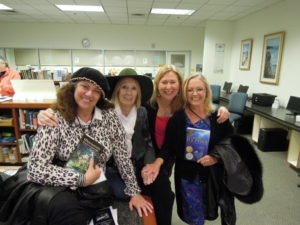 The Friends of the Library provided a rich and wonderful opportunity for residents to celebrate our local authors. Residents shared stories around the book stacks, toasted the authors with a glass of wine in the marbled foyer, and enjoyed a delicious dinner among Coronado historical art and artifacts. As resident Debbie Riddle noted, “This is the one time the community can really relish the library. This is really something special.”  Indeed, it is.

As the new school year starts, here’s a primer on how the City of Coronado and Coronado Unified School District work creatively and proactively...
Read more
History

The Historic Resource Commission of the City of Coronado recently affirmed GenerateHope’s newly-leased transition home as an official historic resource based on a thorough...
Read more
Stage

Big Fish is a Big Hit at Lamb’s Players Theatre

Coronado Lamb's Players' production of Big Fish spills over with meaning, magic, and fun. Running through July 30, it is sure to play to...
Read more
People

Jike Wong and Molly McGowan Recipients Through the Decades

UPDATE: Congratulations to the 2017 winners! Jike Wong award:  Josh Concepcion Molly McGowan award:  Angela Ahern A walk down memory lane with snapshots of some of the...
Read more
People

On Wednesday evening, May 30, Coronado residents Casey and Kathryn Blitt, along with Gregg and Cathy Anderson, sponsored a community forum in the Nautilus...
Read more
Movie Reviews

“Moonlight” is a Masterpiece

Moonlight is a Masterpiece.  Moonlight, written and directed by Barry Jenkins, follows the semi-autobiographical life of Jenkins via the character Chiron, a poor, fatherless,...
Read more
Advertisement
Advertise Here (Get Rates)