Last week, The Miracle Worker opened at Lamb’s Players Theatre in Coronado. The play, which tells the story of 20 year-old Anne Sullivan’s fight to open up the world to a young Helen Keller, is a familiar piece for many at Lamb’s. Cynthia Gerber is one of those people: in Lamb’s 1995 production of The Miracle Worker, she played the part of Helen Keller. In this season’s production, Cynthia will play the part of Helen’s mother, Kate Keller. 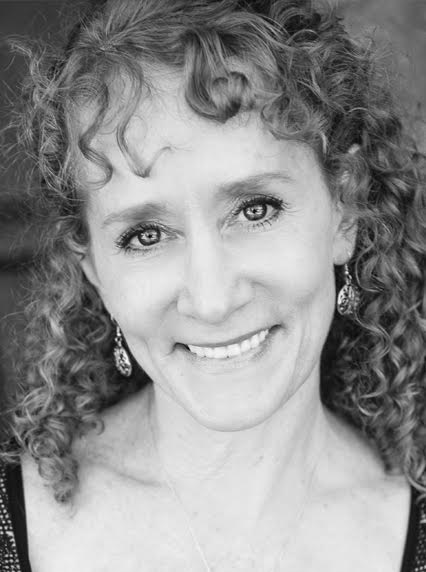 “One of my favorite roles was playing Helen Keller,” says Cynthia, stirring her chai tea as we talked at Cafe 1134 last week. “Just reading through it again, I was laughing and crying. It’s so visceral. I found it so physical and so emotional, and I went to a place as an actor that I had never been before. When I played Helen, I even rolled my eyes up into my head, so I was literally blind.

“Now I am looking at [The Miracle Worker] from a completely different point of view, and with a mother’s heart, which I didn’t have when I did it the first time,” says Cynthia, who now has two sons. “My character, Helen’s mother, loves Helen despite the fact that she can’t communicate with her and that Helen is a monster. At one point she says, ‘Like the lost lamb in the parable, I love her all the more.'”

The Miracle Worker is just one of the 83 productions Cynthia has performed in at Lamb’s Players. Originally from Idyllwild, CA, Cynthia first started acting professionally in Salinas, CA, at The Western Stage. “I met a friend who said, ‘San Diego is a great theater town, you should go down there.’ So,” says Cynthia, “I auditioned at the All-City Auditions (the Actors Alliance now), and Bob [Robert Smyth, Producing Artistic Director of Lamb’s] saw me. The first Lamb’s show I was ever cast in was The Book of the Dun Cow.”

Cynthia was subsequently cast in three shows at Lamb’s, and then she went to New York for a while. “Bob called me and asked me to come back and do three shows, and after that I was a part of the Lamb’s Ensemble.”

Now Cynthia has been working for Lamb’s Players for 28 years. Over time her role has shifted, and she says she is in “this funky age group” right now in which “there aren’t a lot of plays written for my age.” Despite this, Cynthia says, “I feel lucky. I haven’t had to audition for anything in so long; I’m just cast. They know me. Usually I sit down with Bob at the beginning of the year and he tells me what he wants to put me in.”

While Cynthia’s commitment to the stage and Lamb’s Players grew over the years, she was also falling in love with Coronado. And not just Coronado — also with someone in Coronado.

“He was a sailor! He was on a ship in Coronado when we met,” laughs Cynthia. Now Craig Gerber is the owner of Landcare Logic, a commercial landscaping company that — among other things — takes care of the grounds at Petco Park. “He’s also the Little League Vice President in Coronado, and coaches a team, and is in charge of the Little League field,” says Cynthia. “He’s always running over there to tend to something!”

Cynthia and Craig have two sons. Their oldest, Cannon, is 16 and a student at CHS; he loves to draw and write and hopes to be a writer. Their younger son, Spencer (14), is currently at Coronado Middle School and was the Little League home run champion last year.

Although Cynthia and her family got their start in Coronado, they also lived briefly in Imperial Beach and Chula Vista. Both times, though, they moved back to their original home in Coronado. “We wanted to move to Coronado for the great schools, and because we felt that Coronado is a safe place for kids as well as adults, and for the great sense of community,” says Cynthia.

Ultimately, Cynthia would like to continue working at Lamb’s and living in Coronado for the rest of her life. “I don’t think there’s any place in California that has the feeling of a village. It’s amazing to ride your bike from your home to the store to your work, and to wave to your friends as you go because you know them from baseball or theater or the gym.”

Spoken like a true local! Come see this talented Coronado actress in the wonderful Lamb’s Players Theatre. For tickets, visit the Lamb’s website. As always, half-off discounts are available for military and guests under 35.