“The Nerd” Delivers Hilarity and Warmth at Lamb’s Players Theatre 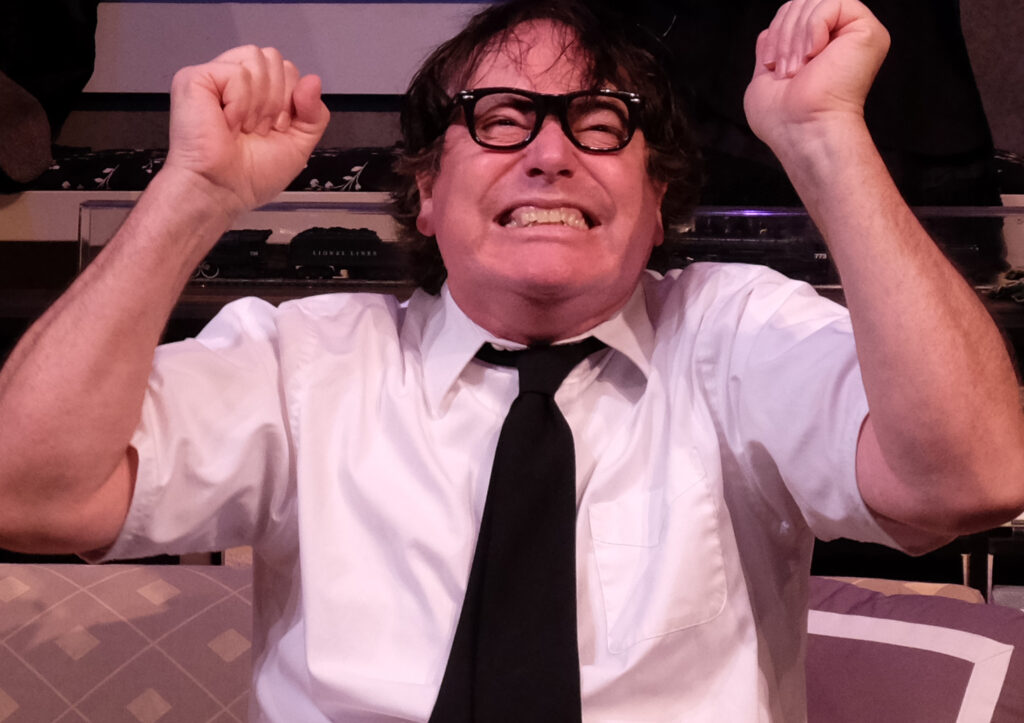 Classic American comedy. Pitch-perfect acting. True love on the line. Plot twists that save the day. And so funny that your sides will hurt and your mascara will run and you might find yourself helplessly slapping your neighbor’s knee.

This is “The Nerd” at Lamb’s Players, the newest offering from Coronado’s local theatre. After a 2015 season full of dramatic musicals like “West Side Story” and “Oz,” Lamb’s Players is serving up something fresh and riotously funny.

The play is not entirely new, though; Lamb’s Players has performed it multiple times beginning in 1996. “[Playwright] Larry Shue has the amazing ability to walk between farce and almost tragic comedy,” says Lamb’s Players Producing Artistic Director Robert Smyth. “The play has a beautiful story underneath about care for a friend, what we need to motivate us — all hiding underneath something that is almost absurdly funny because of how ridiculous the situations get. Whether you like to just laugh, or laugh and think and feel, it’s all there.”

The play is set in Indiana 20 years ago, and Willum Cubbert (played by Mike Buckley) is a frustrated architect with an equally frustrated girlfriend of many years. The two are preparing for a visit from Rick Steadman, Willum’s old Army buddy. In the middle of this excitement, Willum’s blustering project financier Warnock Waldgrave — along with his tremulous wife and out-of-control son — show up for dinner.

When Rick Steadman arrives, however, he is not at all what the group is expecting, and he quickly destroys the fragile peace with his lack of filter and boundaries. Before anyone realizes what has happened, Rick has moved in with Willum, and life just got a lot more complicated.

When I spoke with Robert Smyth, the director of the show, before the production began, he said, “People don’t realize how exact good comedy has to be. In a lot of ways, comedy is harder to do than drama because you need actors who understand naturally the rhythms of comedy. They must be funny people as well as good actors.”

And these people are. Each actor fits his role so perfectly that it is hard to imagine him as anyone else, and the lines are delivered with perfection. John Rosen (who plays Warnock Waldgrave) drew helpless laughter every time he appeared on stage, genuinely red-faced and blustering, and his wife (played by Susan Clausen) exaggerated her teacherly role so perfectly that I am laughing again just thinking about her scenes.

David Heath, however, deserves the biggest applause for the show, as his performance is superb. The character of Rick Steadman is a familiar one for Heath; he first played the lead in “The Nerd” for Lamb’s in 1990. However, the role isn’t an easy one and requires enormous imagination, creativity, and comedic timing. Heath is also is performing a role first imagined in the 1980s, when some things were acceptable that might be considered politically incorrect today. Yet with confidence that his audience will follow him through to the heart-warming conclusion, David Heath charges forward unapologetically, and the result is a truly masterful performance.

“The Nerd” has been extended through February 21, so catch it while you can. Find tickets, get discounts, and check schedules on the Lamb’s Players website here.