By Nathan Chisholm and Marlee May
Comics + College

After waiting for two hours in the rain, we were given the extraordinary opportunity to be the first audience to view the upcoming Disney film, “The Finest Hours.” The red carpet was laid out, the VIPs were seated, and in we were able to walk. There were hardly any seats left in the theater, so the front row called our names… But boy did they turn out to be the best seats in the house! The San Diego Sector of the Coast Guard presented the colors and the entire house sang the National Anthem directly in front of us… less than a foot away in reality.

Disney’s “The Finest Hours” took the audience on a journey like no other. Lead by actor Chris Pine, this is the story of a courageous Coast Guard crew that went on a deadly rescue mission to retrieve 33 men aboard the split-in-half oil rig, the Pendleton. Without giving too much of the movie away, the audience was captivated for the entirety of the film. Towards the beginning of the movie, as noted by producer James Whitaker, many in the audience were coughing. James described this as the audience’s way of masking their emotion, which shows how engaging the movie is.

The film did an amazing job combining the romantic love story and the action packed suspense. As an audience, we were immediately sucked into the relationship between Bernie Webber (played by Chris Pine) and Miriam (played by Holliday Grainger). The instantaneous chemistry between them in the film really establishes the connection in a very limited amount of time. The time was limited because the movie moves very quickly into the main focus of the film which is the daring rescue. The entire journey of Bernie Webber and his crew is captivating until the end. This is due to the immersive visual effects and the intense performances given by all the actors. Seeing it in Real D 3D really helps with the visuals but in all honesty, the film could stand on its own. Seeing that water is known as the holy grail for visual effects artists, this movie really was able to capture it. Every scene out at sea was so visually stunning that it almost seemed like they had to be filming during an actual storm. The visual effects for the film really played a huge part in making this story, to say the least.

The second reason for the movie’s success was simply the great acting performances given by the cast. There was a sense of reality to it that separated it from other action/suspense films. It was all about almost downplaying what was happening instead of throwing in over the top emphasis on what was going on. It was simply a story of the Coast Guard doing the job they were called to do and that made it much more enjoyable to watch. Holliday Grainger played the amazing and powerful female character Miriam. Miriam challenged the status quo throughout the film and showed just how powerful the women married to the service men truly are. Again it was acted in such a way that didn’t seem like it was trying to push any agenda but rather it was a strong woman who was just being herself and it came across beautifully. Overall, it is most definitely a must-see film when it is released to theatres nationwide on January 29th. It has almost the amount of suspense of Gravity mixed with a relaxing but emotional love story. Two thumbs up for sure.

The Q & A portion after the film made waiting in the rain completely worth it. James and Craig were the most personable people, answering the intriguing questions prompted by Mr. Maltin. They explained the process of the special effects, and how the set was made entirely of 80,000+ pounds of steel. They even told us that the movie was finished just last week, aka three weeks before its nationwide release.

After the movie and Q & A, the first screening’s audience was given the opportunity to go across the street for a crowded reception at Coronado Private Bank. At the reception was a delectable selection of appetizers including Vietnamese spring rolls, lamb meatballs and an insanely scrumptious chocolate bread pudding all provided by Chef Drew catering company. With loads of wine and a crowd of great people, the night should be and is considered a wonderful success!

Overall, Disney really helped kick off the Inaugural Coronado Island Film Festival, which has already announced that it will return in 2017, in the most exciting way possible. What better way to start than with an incredible film brought to us by Walt Disney Pictures? With the way this evening’s festivities went, we can’t wait for what is in store tomorrow.

Check in with us tomorrow evening as we relay our experience at the Meet the Critics, Meet the Producers and Animation panels, along with a few other films that we will be seeing tomorrow evening. Thanks for tuning in! 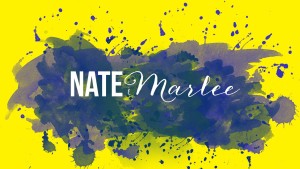