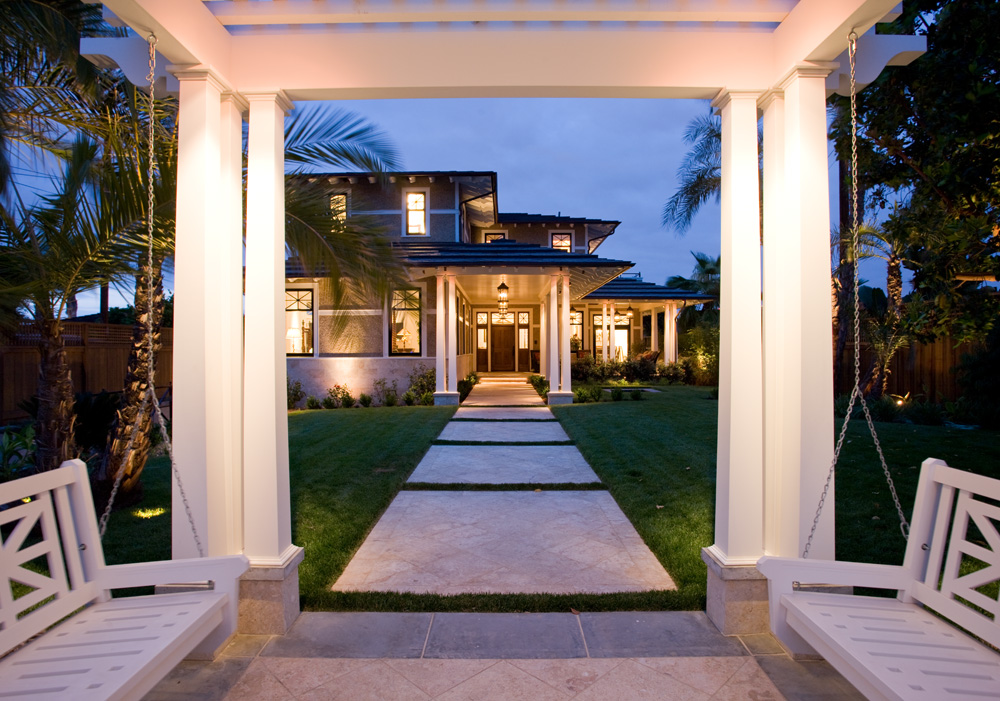 This is the first of a series of articles about the architects whose work has and will continue to influence the appearance of Coronado’s residential neighborhoods. Each of the architects was asked to provide information about their clients and the homes that they have designed and their opinion of the appearance of Coronado’s business district and the design of its public buildings. They were also asked to provide their views on the density of development in the city and to prognosticate about what Coronado will be like in 10 years.

Dorothy Howard and her work are the subject of the first article. Howard has been a licensed architect for almost 30 years. She graduated from Stanislaus State College in Northern California with a BA in business. While she was in school she worked as an architectural draftsman and after several years as an apprentice she took and passed, on her first attempt, all sections of the architectural registration examination.

She began designing houses in Coronado in 1987 while working for Bayless Cobb & Associates. She started her own firm in 1998 and has designed approximately 100 projects, ranging from small additions to large custom homes, the majority of which are in Coronado.

During the time that you have been practicing in Coronado what are the biggest changes, if any, that you have observed in your clients?

“A much higher percentage of the homes I design now are second (or third) homes. My clients are typically pretty design-savvy and have been through the process before. They are more environmentally conscious and are looking to long term durability in the materials and methods.”

During the time that you have been practicing in Coronado how do you think changes in lifestyle have influenced the design of Coronado houses?

“Again, the trend toward part time residence often calls for low maintenance as well as a very casual, open plan that flows to and joins with the exterior spaces around the home.”

What are some of the unique challenges that an architect faces when designing a residence in Coronado? How do you respond to these challenges? 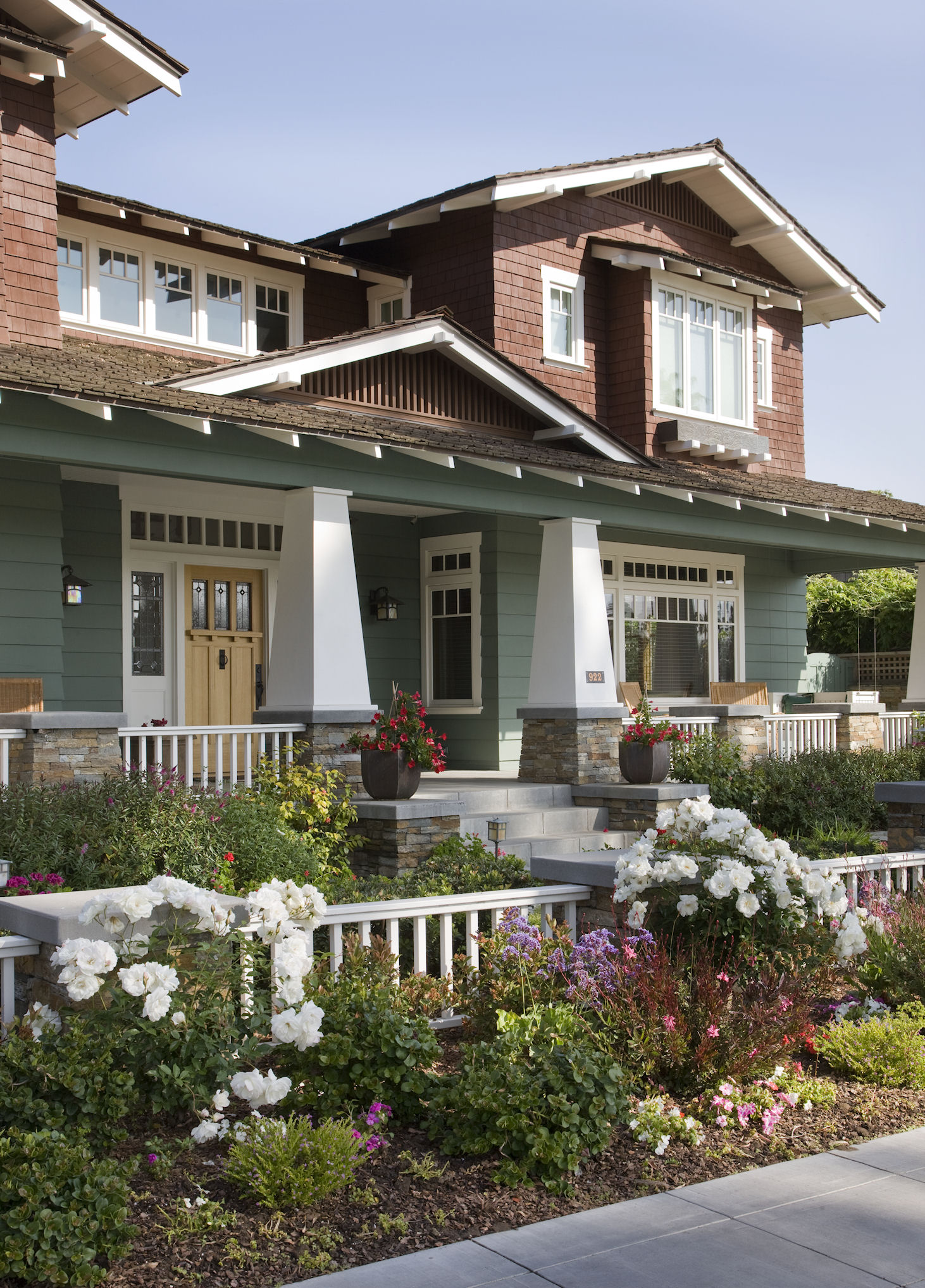 “Of course, the lot size is the biggest challenge. People have come to expect a lot more space in their home than was typical 50 or even 25 years ago. This is not peculiar to Coronado. It’s often difficult or impossible to get all of a client’s wishlist’ into the size of home that is allowed on their lot. The Floor Area Ratio (FAR) limitations have been tightened considerably over the past two decades.”

Right: This craftsman style house sporting a broad front porch and elephantine porch columns is another example of Howard’s work.

“I think the overall quality of the residential architecture is pretty much the same. There are plenty of recent examples of thoughtful design, and plenty more of basically very similar cookie-cutter” designs. But that’s not a recent phenomenon- Palmers are the quintessential variation on a theme’. The original Country Club Estates houses also fall in that category. The biggest difference is the houses are bigger and almost exclusively two story.

“Changing the overall quality of the built environment depends on an informed and enlightened buying public. I’m hopeful for the future of residential design. I think the Millennials have a great interest and appreciation of good design, and how the architects’ unique skills foster creative solutions.”

(Editorial note: There are numerous examples of “Palmer Houses” in Coronado. They were built during the World War II to house defense workers. The September/October 2015 Coronado Lifestyle magazine article “Built to Last” describes these houses, some of which have remained largely unchanged while others have been significantly expanded and altered.)

“I think it’s improving over time. The Orange Avenue Specific Plan design guidelines and Design Review process have pushed the newer commercial development in the right direction. I would like to see more even pedestrian amenities along Orange Avenue- benches, shade trees, etc.”

Editorial note: The Orange Avenue Corridor Specific Plan is part of the city’s municipal code. It provides a policy and regulatory bridge between the city’s General Plan and individual, project-level development. It contains the regulatory development standards and design criteria intended to maintain Coronado’s village character.

How would you describe the quality and appropriateness of the public architecture in Coronado including the police station, library, schools, Community Center and City Hall?

“I think the City has done a good job with most of the public buildings built in the last 15 years. They are appropriately scaled, clearly municipal, yet sensitive to their often residential surroundings. I particularly like the Police Station.” 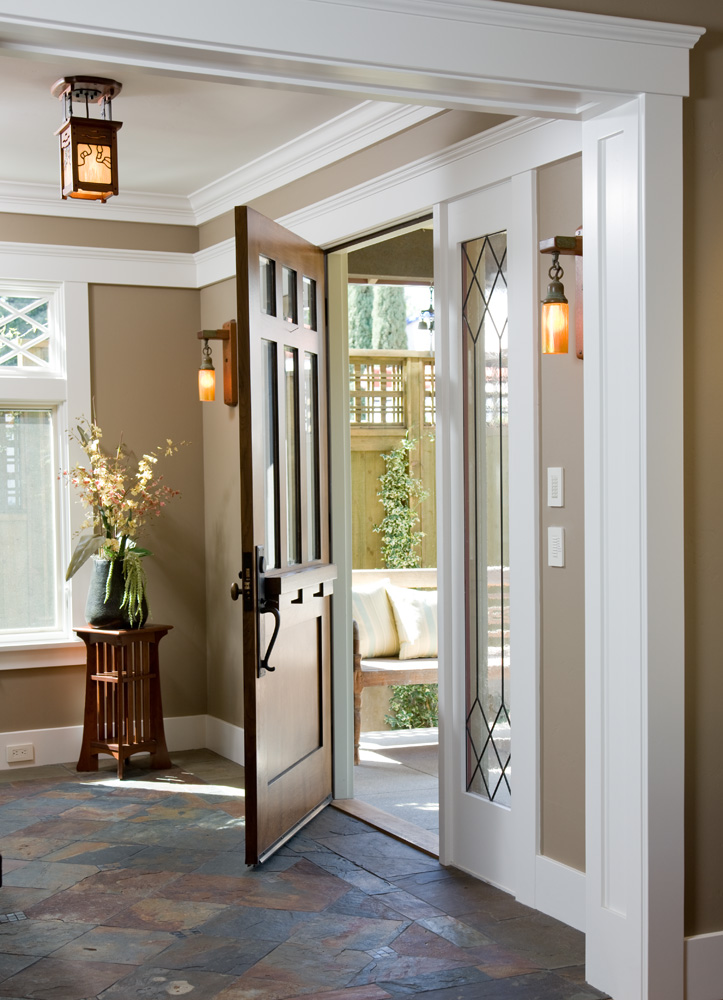 Above: Howard demonstrated her design sensitivity in this entry to a craftsman style home that features trim details, light fixtures and colors typical of the era.

Increased density is often cited as a problem in Coronado along with the loss of the city’s “village atmosphere.” What do you think is the greatest contributor to this sense of increased density? What could be done to counter it?

“The greatest contributor to the perception of increased density is- increased density. There are now more dwelling units per acre than there were in Coronado’s original development pattern. It’s just a fact.

“Along with every other city and town in the State of California, Coronado is required by state law to have some land zoned for multi-family development. There are many parcels in town that are zoned for multi-family development but are currently developed with single family homes. As those homes turn over, a parcel that once had a single home becomes a parcel that has four homes on it. There is little or nothing the City can do to change that.

(Editorial note: This eCoronado.com article Community Speaks Out on Residential Development was published on September 28, 2013. It provides additional background on residential density and efforts by the city to better manage future development.)

In ten years what do you think Coronado will be like and why?

“More dense, less home town’. I think the number of full-time residents will decrease and it will be less common for people to know their neighbors.”

Additional Examples of Howard’s work can be found at https://www.dropbox.com/sh/bxnd17rk88thqky/AACzm0FaOzyux4Dmlec6jgGXa?dl=0.

The next article will provide the views of architect Christian Rice and examples of his work.

John Tato
John was born and raised in Coronado. He graduated from Coronado High School in 1965. He received a Bachelor of Arts with a major in architecture and a Master of Architecture degree from Stanford University. In 2005 he retired from the U.S. Department of State but continues to serve as a consultant to the department.He is a member of the Coronado Transportation Commission. John also volunteers with the San Diego Human Society and County Animal Shelters. He and his wife, Barbara, who is retired from the Central Intelligence Agency, have two sons: Army Captain John W. Tato who is serving with the First Special Forces Group (Airborne) and Navy Ensign Michael R. Tato who is in flight training with VP-30 at NAS Jacksonville.Have news to share? Send tips, story ideas or letters to the editor to: manager@ecoronado.com

At some point in our lives, many of us have likely felt frustrated, anxious, or down because of an illness or injury. And most...
Read more
City of Coronado

The next Dine Out! Coronado is set for this weekend, July 31-Aug. 2. All you need for your organized picnic is a takeout order...
Read more
City of Coronado

Current events are emotionally and politically charged right now. For those who are ready to take action, now is the time. Whether you want...
Read more

Provide Your Views as the City Council Reconsiders Community Grants

At its September 1 meeting the City Council voted to table until a future meeting the staff report that compares Coronado's community grant program...
Read more
Business

This house on Adella Avenue, which was featured in the June 17 article City Cracking Down on Illegal Short-Term Rentals, continues to be offered...
Read more
City of Coronado

How Does Coronado Compare with Other SoCal Beach Communities in Providing “Beach Path” Access?

View of Coronado's beach shared by motorists, cyclists and pedestrians from the intersection of Marina Avenue and Ocean Boulevard. In June the...
Read more
Uncategorized

This is the third article dealing with the topic of short-term rentals. The first article, City Cracking Down on Illegal Short-Term...
Read more
Uncategorized

Cities Grapple with the Challenges of Regulating Short-Term Rentals

The sign pictured above is in the yard of a Mission Hills home. Although San Diego is one of the two most...
Read more
Uncategorized

The VRBO screeenshot above is of a Coronado home advertised by its owner on the website VRBO. According to the website it is...
Read more