Local Literary Group Publishes “Coronado On My Mind, a Compilation of Poems, Prose and Coronado Love” 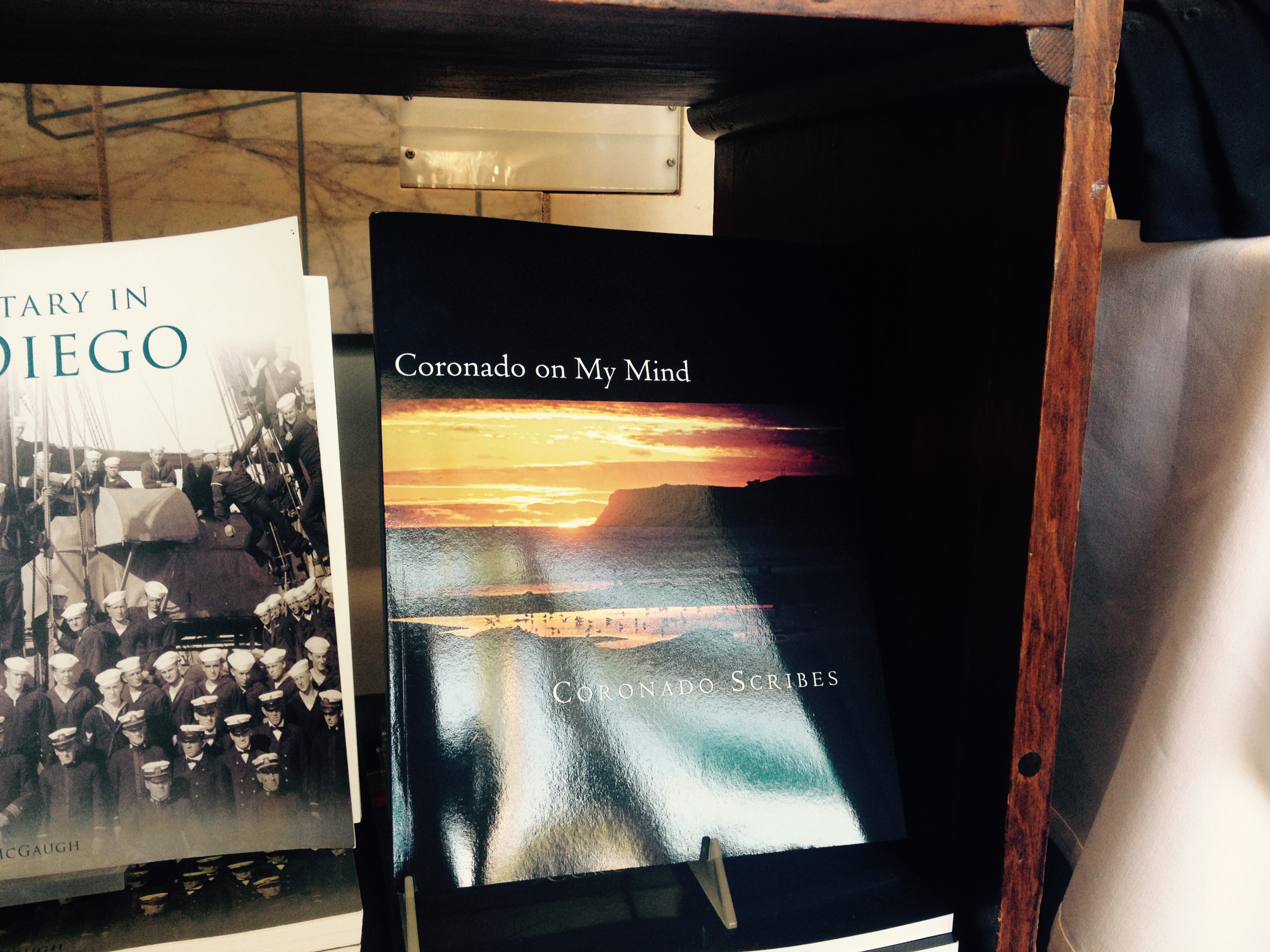 Every Wednesday afternoon at the Coronado Library, creative minds come together and imaginations take flight. The Coronado Scribes, a compilation of doctors, lawyers, professionals and amateurs who all share one thing in common  a love of writing  meet there weekly. Now, the group has released their first book, a 118-page collection of poetry and prose aptly named Coronado On My Mind. The book offers a special glimpse of life and living in Coronado – our town’s bragging rights, a police emergency, the beautiful scenery, and stories of love and family.

The Coronado Scribes were founded in 2011 when the current arts commissioner and local artist and writer, Doris Besikof, organized a meet and greet with about a dozen local writers to come together and share their talents. More than 40 writers attended. Jerry Greenspan was there, and spoke with Doris about forming a regular writers group, which then became the Coronado Scribes. Now in their third year, the group meets weekly at Coronado Public Library. Attendees are invited to share their works, although that’s not required, and learn by listening and critiquing other writers. Each week, writers share poetry, prose, essays  any form of writing  and the other participants share their feedback.

“Each week, there is a fair amount of humor I look forward to,” he says.

Jerry Greenspan is the motivation behind Coronado Scribes. “It’s his dreamchild,” says fellow Scribe Sherril Altstadt. While Greenspan has never written as a profession (he’s a former CPA and corporate executive), he has three published poetry books of his own. 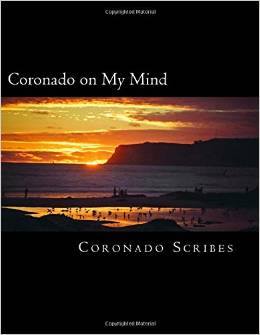 The idea for Coronado On My Mind was born about a year ago when discussions started taking place about compiling the works of the Coronado Scribes. Most of the pieces in the book reference Coronado, in particular the generations of families that live and have lived here, what the community has to offer and even a love story. The book contains works from ten writers and range anywhere from four lines to a few pages.

Sherril Altstadt has lived in Coronado since 2009 when her family relocated from La Mesa. Her daughter became involved with musical theater and attended COSA. She met Jerry in 2012, one year after the Scribes were formed, and decided to join the group.

“It was an opportunity to dust off the writer in me,” she recalls.

Sherril hadn’t written since high school and quickly became an active member of the group. Last year, during Coronado’s celebration of and participation in Oz Con International, Sherril contributed to a comedy script that the Scribes wrote and performed that was based on several characters from the beloved classic Wizard of Oz.

Sherril has learned a lot from being part of the group. She describes their process as very honest and efficient. During the Scribes meetings, participants are allotted eight minutes to share their work and then the floor opens up for feedback and critique. The writer is not permitted to engage in debate and discussion over his/her work, but rather receives feedback and learns from their peers.

“Even if I don’t have a piece to share, I can still learn from listening to others and by sharing my own critiques,” she says.

Jerry explains that amidst the flexing of literary muscles, meaningful friendships have been formed amongst the group. He describes them as jovial and spirited, relaxed yet high energy.

Coronado On My Mind is currently available on Amazon ($9.95) and will also be available at the Coronado Visitor Center and Museum of History and Art, the Hotel Del Coronado and Bay Books. The book is humorous, heartfelt and everything in between. The cover features a shot of a quintessential Coronado sunset taken by Coronado City Council member Bill Sandke.

A vision of the Coronado Arts Commission that thankfully came to fruition, the Coronado Scribes are a great example of what makes the Coronado community so unique and special. The group offers a chance to connect and engage with creative opportunity and learn a little something along the way.

“Listening,” says Jerry, describing what ironically he has learned the most from the group of writers. “Everyone can be a great listener, but that doesn’t mean you can’t improve.”