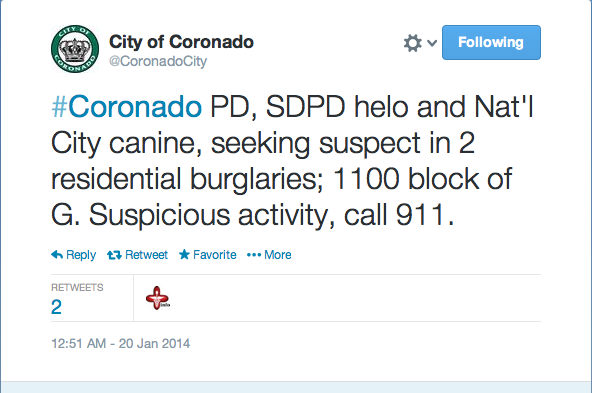 The Coronado Police Department is reporting (via Twitter) that they are actively searching for a residential burglary suspect in the area of the 1100 block of G Avenue.

Update (8:50 a.m.): Police continued to search for suspect overnight. Around midnight, the suspect, who was believed to have been involved in two home burglaries in the 1100 block of G Ave, allegedly crashed a stolen vehicle at 10th Street and B Ave. Following the crash, he fled on foot and was later spotted on the rooftops of structures on the 1000 block of Orange Ave.

The latest update, at 4:30 a.m., indicated that the suspect is still at large, but police are continuing to search.