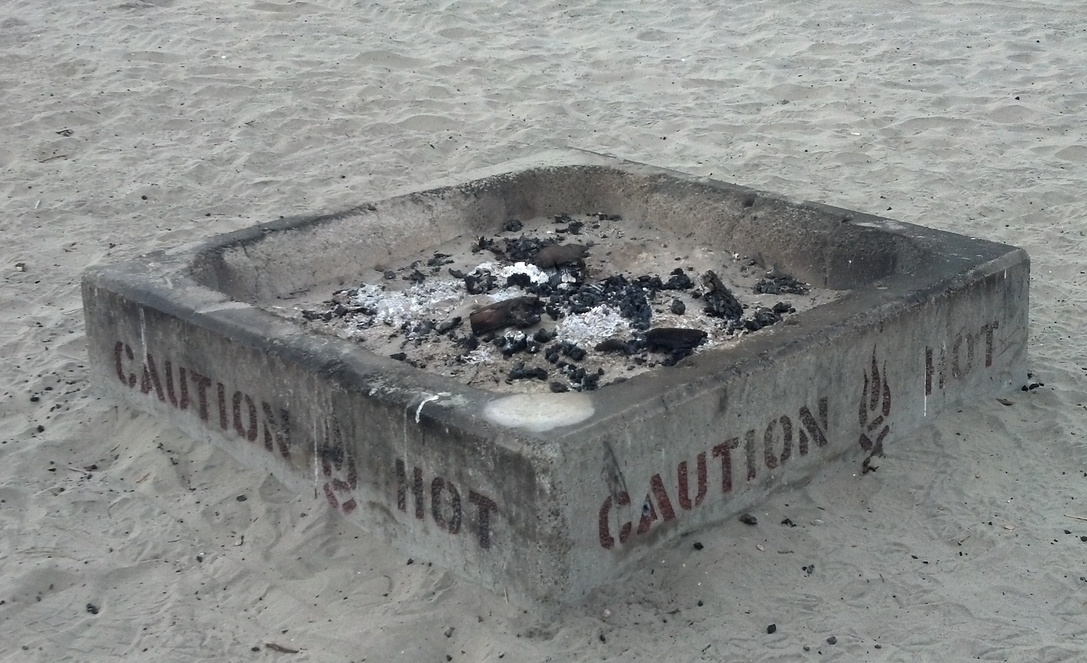 Coronado residents are involved in a ‘passionate’ discussion on eCoronado.com on whether or not the City of Coronado is doing enough to clean up fire rings and limit certain materials burned (including wood pallets, nails and cans) on Coronado beaches. Even though the original post had to do with Coronado school funding, page two of the comments shifted to fire rings, City maintenance and the amount of debris left on Coronado beaches.

Note: eCoronado.com strongly encourages members to engage in constructive discussion and to please refrain from personal attacks. Stay on topic and be civil. That is the best way to have your view be heard.

Coronado resident, Ben Siegfried, has started a website called Keep the Beach Clean which is described as a “grassroots effort to keep the City of Coronado Beach clean and safe for all patrons who visit and enjoy what it has to offer.” On the website, there are multiple photos of Coronado sand and fire ring conditions and sewer/drain conditions that are being brought up to the City of Coronado. In one of his comments, Siegfried writes:

There were fire debris areas all up and down the beach outside of fire rings, of course more concentrated in the fire ring area. There is little to absolutely no ordinance enforcement of existing ordinances, and this City MUST update current ordinances to start we don’t allow glass but we allow nails? No more pallets would be a good start! A better start would be to paint each fire ring with a number and force users to register to use a fire ring, first come, first serve, and that way they can be held accountable for keeping it clean so that the little three person clean up crew the next morning isn’t so overburdened. Treat it like a National Park, our beaches all across this Nation are National treasures. If large numbers of people can’t control themselves with their trash and make the beach unsafe and the sand unclean by their lack of care and common sense then they need to be monitored. Works for the National Parks to a degree, it should would for the City of Coronado.

I also did give your ideas “more thought” and the conclusions I reached were different than the ones you reached. City workers maintain the fire pits on a regular basis. The City Manager and the Director of Public Services are also reviewing the protocols for these fire pits to see if they need more attention or replacement.

Ben Siegfried has also put together a video channel on Vimeo to show his findings and share his opinion. Here is the latest video which Siegfried makes reference to the 10-15-13 city council meeting:

On October 18th, the City of Coronado put out this Q and A release:

The City of Coronado is committed to maintaining its wide and pristine public beach, which is consistently ranked among the nation’s best, as well as its many amenities, such as the City’s popular fire rings. We want the public to know a little bit about the fire rings and what we do to keep them a clean and affordable beach attraction for the public. To increase awareness of Coronado’s fire rings, the City has put together this Q&A.

Q. What is the City’s policy on fire rings?

A. Per Coronado Municipal Code Section 86.38.020, fire rings are permitted uses in the City’s open space areas, which are protected and preserved as natural resources, visual amenities, recreational opportunities, or for public safety purposes.

Q. Are fire pits allowed outside of the City’s fire rings?

Q. How many permanent fire rings does Coronado have?

Q. What is the service schedule for the fire rings?

Q. What is the service schedule for the City’s hot coal receptacles?

Q. What is the condition of the fire rings?

Q. When was the last time the fire rings were replaced?

Q. How many recent service requests have there been related to the fire rings?

A. Per the Public Services work order system, there have been three (3) work requests related to the fire pit area and fires on the beach since summer 2012. One, dated August 2012, was about illegal fires on the beach and a suggestion to remove all beach fire pits. The other two, dated August 2013, were separate parties requesting the hot coals receptacle be emptied.

Q. What is the City’s schedule for beach maintenance/grooming/cleaning?

A. The City’s beach is inspected daily, including weekends. Routine maintenance of trash and litter pickup, as well as servicing restrooms, occurs daily. In the winter season, the City grooms the beach once per week. Grooming includes kelp raking and removal, sanitizing and sifting the sand, then smoothing. Grooming during the summer months occurs several times per week, sometimes daily, due to increased beach activity and an abundance of dead kelp.

Q. How much does the City spend on beach maintenance?

https://youtu.be/q-pw6Hq4unoCOVID-19 cases are still rising. As Thanksgiving nears, find out what you can do and what San Diego County health officials are doing to...
Read more
City of Coronado

https://youtu.be/mWus-znf1hkCheck out this short video preview of the City Manager's Weekly Update hosted by Blair King for the latest events and news happening in...
Read more
City of Coronado

County Enters Most Restrictive TierThe County of San Diego has fallen back into the most restrictive tier on the state's blueprint for reducing COVID-19....
Read more
Letters to the Editor

Coach Hines continues to encourage and publish bite-size tweets to his almost 50,000 followers.  Earlier today, he shared his views on how to react...
Read more
City of Coronado

City of Coronado to Host Virtual Workshop on the City’s Housing Element (Oct. 22)

The City is set to “virtually” kick off the 2021-2029 Housing Element Update to Coronado’s General Plan to incorporate the state’s new requirements into...
Read more
City of Coronado

Editor's Note:  Thank you to the Coronado Shores Community Alliance Group for conducting this online forum and for sharing their video with the community...
Read more
City of Coronado