CORONADO – Gil Roesch had movie star good looks, the Wisdom of Solomon and the patience of Job. He used these skills as an educator to inspire, and as a role model for his students and family. Gilbert “Gil” Ray Roesch died peacefully on July 2 of complications from an accidental fall. He was 82.

Gil was born to Fred Roesch and Ruth Barge Thompson January 17, 1929, in Los Angeles, California. As a young athlete, Gil excelled in basketball throughout high school and college. During the summer months he worked as a lifeguard on Catalina Island.

Upon graduating from Glendale High School in 1945, Gil attended Los Angeles State University on a basketball scholarship, where he received a Bachelor of Arts and Masters Degree in Education and Business Administration.

His first coaching job was with a Catholic school in Los Angeles. From there he went on to coach at Citrus Community College in Glendora, and then became the extremely successful head basketball and tennis coach at Glendora High School.

In 1962 Gil was the Inland Empire CIF Coach of the Year. He won 12 CIF League Championships with his young teams. In receiving the 1962 Bellendaine Award Gil was described by his peers as, “ the man who put Glendora on the basketball map.” His teams were known as the “Cinderella teams,” as they repeatedly proved they could not only compete with the larger and better-funded schools, but could win.

“Mr. Roesch has done much more than just build good teams,” said his fellow coaches and teachers. “He has taught and nurtured considerable character and sportsmanship in our students time and time again over the years

Many of his students received athletic scholarships and then went on to play professional sports. He was most proud of a particular former basketball star that went on to play football for the San Francisco 49ers, New Orleans Saints and Washington Red Skins. That man was Hall of Fame quarterback Bill Kilmer.

Gil met his future wife Jean Shillings-Irwin in 1966 while he was a coach and she a junior high school counselor. Gil’s fellow coaches arranged the “blind” date. It was love at first sight. Gil and Jean were happily and lovingly married for 45 years.

They moved to Coronado in 1976 when Gil took an early retirement from education to start his own company  Roesch Real Estate and Land Development.

During this time he built in excess of 20 large homes in Coronado and Escondido, and a condominium complex, including their personal residence at the Coronado Cays. He operated his real estate development company for 13 years.

“That man really loved his tennis,” said Furey. “If the ball was close to the line then it was out’ with Gil. And that was fine with me, as long as I was his partner.” Furey went on to describe Gil’s ‘buggy whip forehand’ as “a shot that could really open up the court. He was a true gentleman both on and off the court.”

Gil was an active member and supporter of the Republican Party. He was also a member of the Glendora Rotary Club (10 years). He served as vice president of the Los Angeles County Industrial Education Council (12 years) and was owner and manager of the Pomona and Covina Miniature Golf Courses for 20 years. Gil was loved, respected and admired by his family and many friends. He will truly be missed.

Gil is survived by his wife Jean (Coronado); son Richard (Cheryl) of Escondido; and daughter Carol (Eli) of La Jolla; seven grandchildren and three great grandchildren. He is predeceased in death by his brother Ronald and children Robert Roesch, Lynn Ballister and Kyle Roesch.

The family requests donations be made “In Memory of Gil Roesch” to San Diego Hospice, United Cerebral Palsy or the Special Olympics. A Celebration of Life will take place at the Coronado Cays Yacht Club on Sunday, July 24, at 3 p.m. 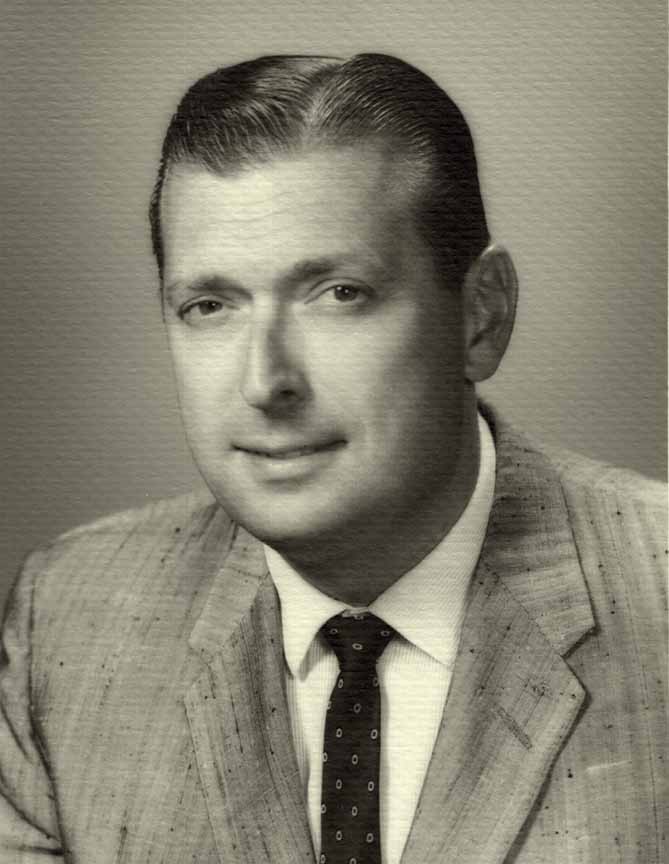 This obituary prepared by Joe Ditler and Part-Time PR.

For more information on this service visit www.livingobituary.com.