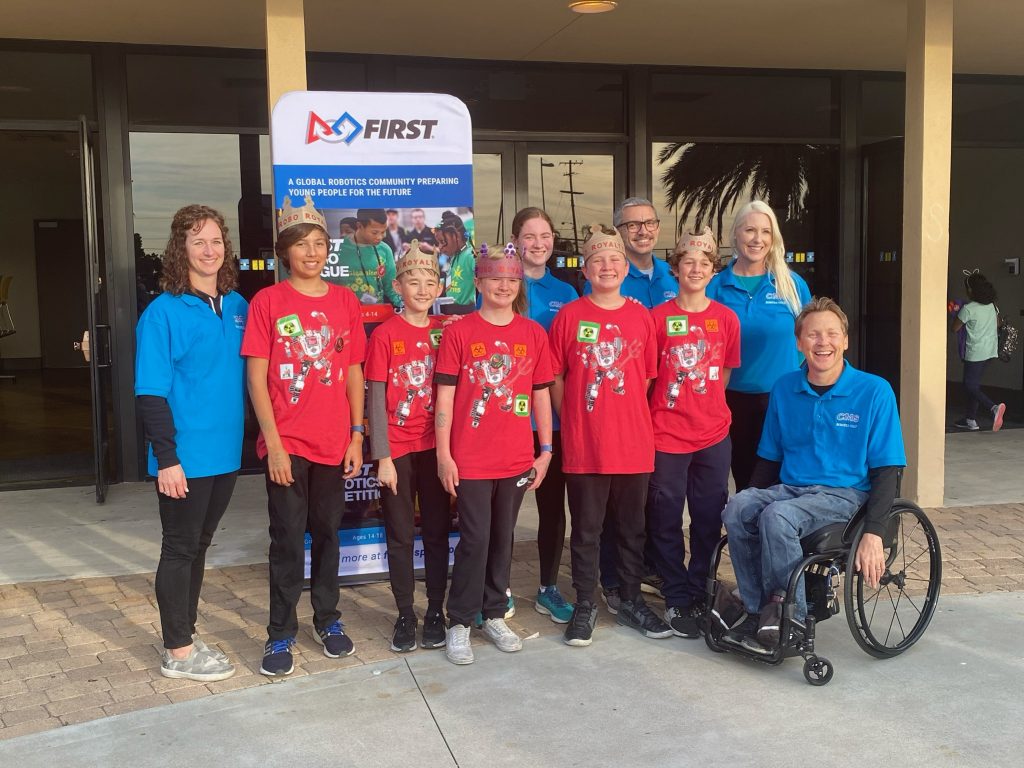 “Thank you to all of our 17 outstanding coaches, mentors, sponsors, and all our amazing parents,” said Lenert. “This is a team effort and we couldn’t do any of it without you! Go CMS Robotics…five teams, one family!”

CMS’s very own NASA Engineer Pete Waydo won the Southern California Coaches Award, which goes to the coach or mentor whose leadership and guidance are clearly evident and best exemplify the FIRST Core Values.

The Robo Tritons Team won for best Robot Design, an award given to the team that demonstrates overall outstanding achievement in developing a mechanically sound robot that is durable, efficient, and highly capable of performing challenging missions.

The Robo Royalty Team won the Champions Award, an award that celebrates a team that embodies the FIRST® LEGO® League Challenge experience, by fully embracing our Core Values while achieving excellence and innovation in Robot Performance, Robot Design, and the Innovation Project.

The Nado Bots Team won the Core Values Award for displaying extraordinary enthusiasm and spirit and showing each other and other teams respect at all times.