After an investigation, it was determined that the 24-year-old recruit had died of acute pneumonia.

According to the investigative report, the possible condition leading to breathing issues may be linked to Swimming Induced Pulmonary Edema. This medical condition is related to recurrent exposure to cold water.

Mullen had seen medical personnel during Hell Week for swelling and pain in his legs (particularly his right knee) and other sailors reported to investigators that he had been coughing up yellow fluids throughout training.

The investigative report detailed that there was an insufficient effort in medical observations in the hours after the rigorous physical and mental training of Hell Week. The report concluded that the lack of urgent medical assessments of recruits contributed to Mullen ultimately dying from his condition.

In response to the recent tragedy, the U.S. Naval Special Warfare Command (NSWC) has expanded some medical protocols to prevent similar events in the future.

“We have instituted a number of risk mitigation actions including an advanced cardiology screening program that incorporates recommendations from multiple cardiologists across all service branches,” said Lt. Commander Kara Handley, media officer for the U.S. Naval Special Warfare Command. “This includes acquiring ECG machines with improved artificial intelligence to screen for underlying conditions which may result in sudden cardiac death.”

“We have also increased prevention measures for pneumonia based on recommendations and data from Naval Medical Center San Diego Infectious Disease department,” stated LCDR Handley. “An intramuscular injection of Bicillin is being administered the week prior to both Phase 1 Assessment and Selection crucible event for SEAL candidates and Tour Week for Special Warfare Combatant Craft Crewmen. Penicillin G benzathine is used to treat a wide variety of bacterial infections.”

“Our medical team assesses candidates’ conditions; they have the authority to remove candidates from training if deemed necessary for their recovery,” explained LCDR Handley. “Once a candidate receives proper care and is cleared by the medical team, they may resume training if symptoms resolve in a timely manner, or join a different class at a later date.”

In a press release issued in mid-October, Commander, Naval Special Warfare Command, Rear Adm. Keith Davids said, “Kyle’s death will not be in vain. We have a moral obligation to learn everything we can from Kyle’s tragic death so that we can ensure the safety of all future candidates.

“Our deepest sympathy extends to Seaman Mullen’s family and friends during this difficult time.

“NSW remains committed to transparency and we welcome the opportunity to review our assessment and selection programs, and help us look for additional ways to improve and prevent this kind of tragedy from happening again.” 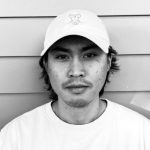 Brandon Mariano
Brandon was born in Carrollton, Texas but moved to Southern California at the age of four. After high school, Brandon enlisted in the Marine Corps where he attended recruit training at Marine Corps Recruiting Depot San Diego and was stationed at Camp Pendleton. During his four year enlistment, Brandon worked as Inventory Management Specialist, an Armory custodian, and a Martial Arts instructor.After being discharged, he went straight back into school at Irvine Valley College while also working as a Legal Assistant at Veterans Legal Institute in Santa Ana. Brandon transferred to UC San Diego in 2020 and graduated in 2022 where he majored in Political Science with a focus in International Relations. While at UCSD Brandon worked as a Peer Navigator at the Student Veterans Resource Center and as contributing news writer for the UCSD Guardian. In his free time Brandon likes to read, write, play guitar, go skateboarding, and explore the beautiful city of San Diego.Have a story for The Coronado Times to cover? Send news tips or story ideas to: [email protected]