Submitted by the family. 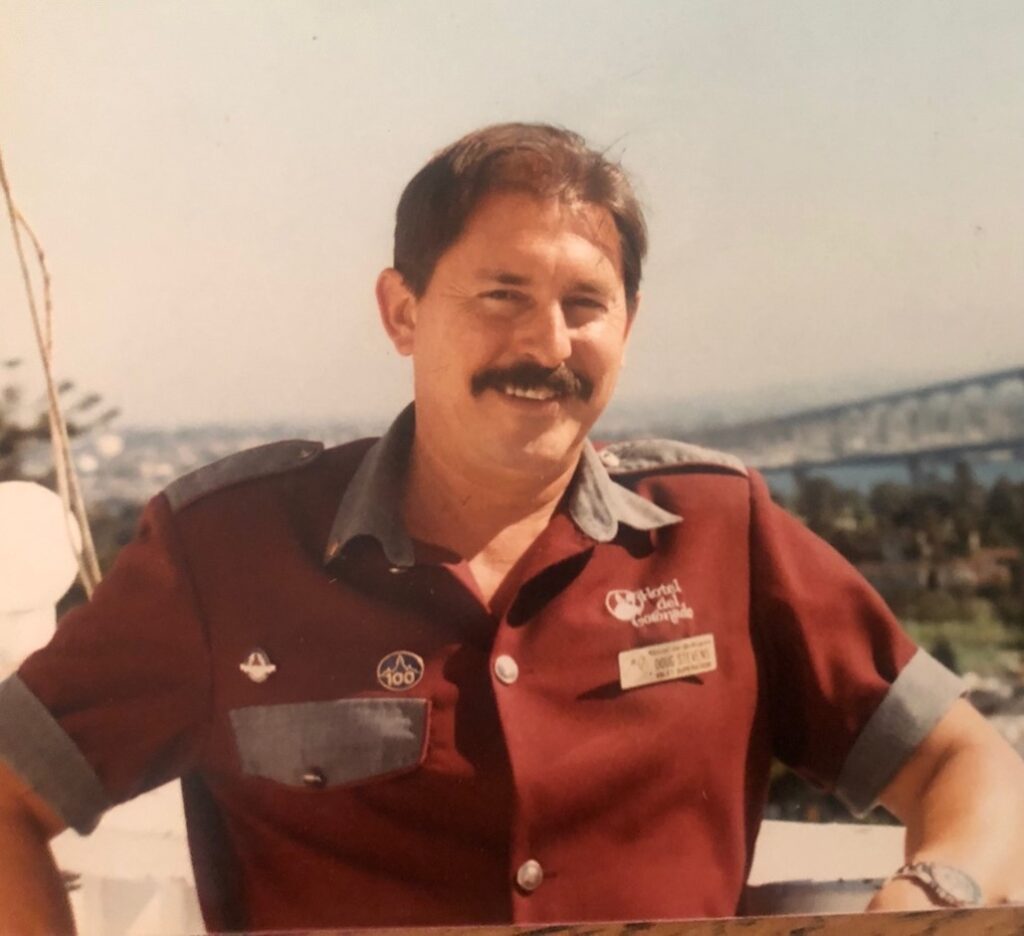 It is with great sadness that we announce the passing of John Douglas Stevens Jr. He passed away peacefully at his home on August 7, 2022 with his children by his side.

Doug was born May 1, 1944 to the late Captain John D. Stevens USN and Mrs. Kathleen Stevens. He was the younger brother of the late Kathy Clark.

Doug was a graduate from Coronado High School in 1962 and a highly regarded lifelong friend to many of his classmates. His easygoing style and good looks were a great asset throughout his career.

After graduation Doug joined the U.S Coast Guard where he served on the USCGC Pontchartrain WPG-70 becoming sailor of the year in 1965. He then went on to become a Merchant Marine for several years.

Many remember Doug from when he worked at Manhattan Room Restaurant & Bar for many years. He also served in various jobs at the Hotel del Coronado for over 30 years.

He is survived by his son Todd Pope, his daughter Holly Treat, his grandchildren Lauren, Tyler, Megan, Jenna, Katie, his great-granddaughter Levi, and his niece Jennifer Clark Buzby.

In lieu of flowers the family asks that a donation be made in his name to one of his favorite charities: The Wounded Warrior Project, ASPCA, or Salvation Army.

Submitted by the family.