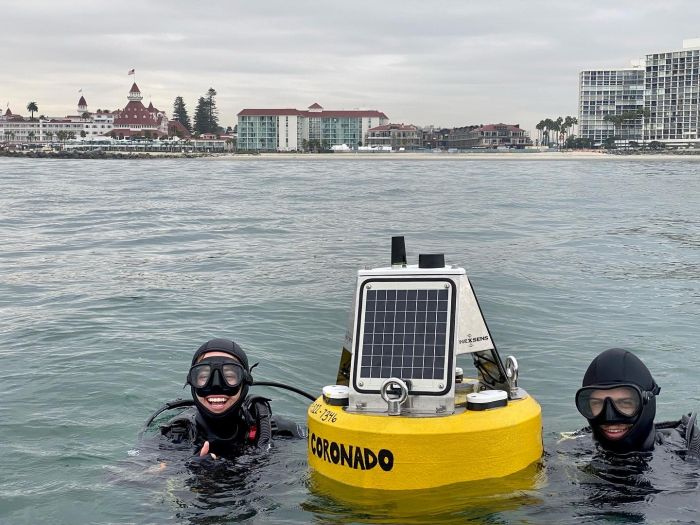 The Shark Lab has tagged more than 175 white sharks with active transmitters along the southern California coast from Morro Bay to San Diego over the last seven years with 71 underwater acoustic receivers.

“These new buoys will improve shark detection response time and provide a tool for understanding shark behavior patterns,” said Dr. Chris Lowe, director of the Shark Lab and a professor in marine biology. “This is important in understanding population growth.” 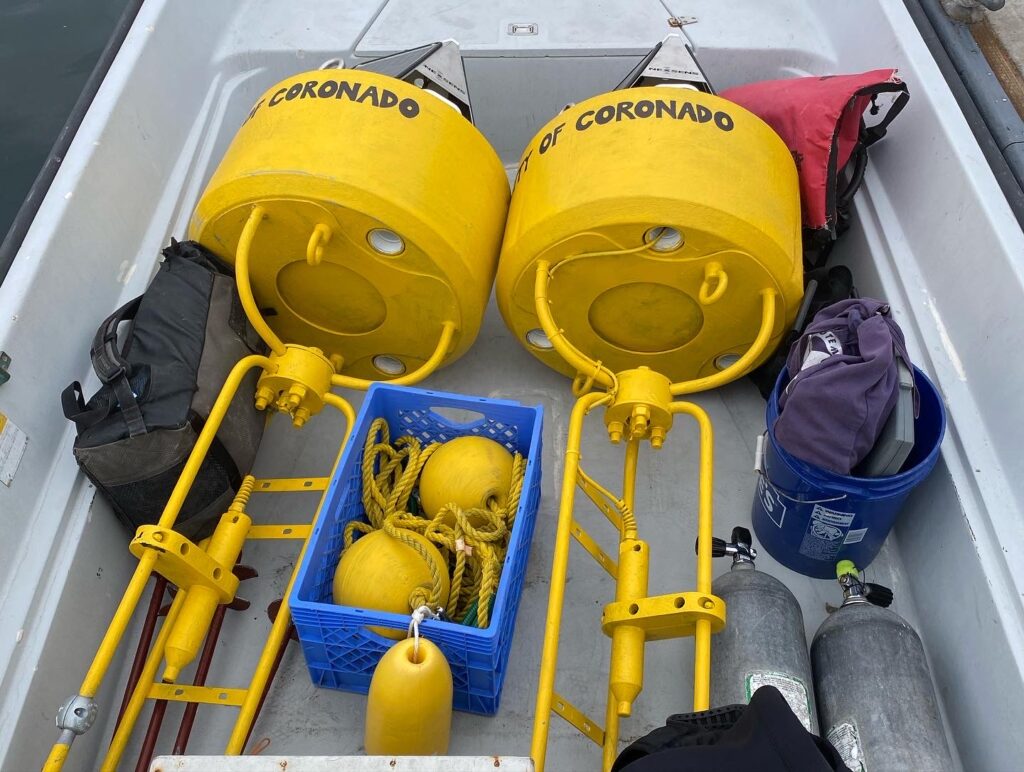 Previously, tagged shark detections were shared with lifeguards monthly but did not provide adequate surveillance information. The new buoys equipped with solar-powered receivers will provide real-time tagged shark detection and environmental data. No sharks have been detected since the buoys were installed in mid-December. However, Del Mar, which has a similar buoy, has picked up six different tagged animals.

Shark Lab scientists and lifeguards have access to the text and email alerts from the software when sharks are detected as well as a web portal providing information about the shark and where it has been detected over time. The system also provides data on water and air temperature, and data representing seascape, along with buoy diagnostics indicating buoy location, battery charge, and solar panel function. This system uses a geo-fence to know if a buoy has broken free of its mooring and will alert lifeguards if it is drifting away.

The Shark Lab maintains the buoys and moorings with assistance from Coronado Lifeguards. There are currently four other live buoys within the Shark Lab network including locations off Carpinteria, Long Beach, Huntington Beach and Del Mar. Data from all buoys are accessible to lifeguards through the network. The new buoys are the southernmost in the California network.

Since last year, City Lifeguards have assisted Shark Lab employees in conducting tagging and surveillance on the local shark population. A receiver was installed late last year off the beach to record data on tagged sharks passing through the area following an increase in sightings earlier that summer. Most were juvenile white sharks that pose little threat to humans. If sharks are detected, the City follows a protocol that depends on the size and activity of the shark, such as if the shark displays “engaging” behavior toward swimmers or surfers.

It is unclear if the lack of detections since the installation is due to fewer sharks, time of year or the fact that only tagged sharks are detected. The data is logged and used by the Shark Lab to further its study of sharks.

Along with the Shark Lab, California lifeguard agencies developed the shark policy, which can be found on the Coronado Lifeguard’s Shark Awareness and Education web page.