Dax, the Dine.Direct robot, stole the show at the brief November 2 City Council meeting. Brought in by Ken Irvine, acclaimed chef and Dine.Direct’s Chief Hospitality Officer, Dax is a Personal Delivery Device (PDD) and was presented by Assistant City Manager Dominique Albrecht as innovative and eco-friendly. PDDs primarily use sidewalks and crosswalks and are intended to reduce delivery costs, improve customer service, delivery times, and efficiency for restaurants. Albrecht pointed out that there are no California laws governing PDD use and they are generally treated the same as pedestrians. She noted that they reached out to other California cities where PDD pilots have been launched and learned that some were discontinued due to lack of interest, and another successful program has addressed sidewalk congestion issues.

The city proposed a 12-month pilot program with Dine.Direct, which includes busier summer months, to evaluate the impact. Initially, two robots will be used, with a maximum of 10 PDDs allowed. Geofencing is required to maintain authorized boundaries and the PDDs must yield to pedestrians and not block travel paths. The city has the right to suspend PDDs in certain areas or timeframes, due to events or other situations. Insurance and incident reporting have also been put in place. For the past two months, Irvine says that they have been conducting beta testing while delivering for Clayton’s Mexican Take Out (MTO), and are continuing to refine the technology. The council unanimously approved this pilot program, with the addition of five to six foot flags to ensure visibility.

City Manager Tina Friend started her City Manager’s Report by thanking the Recreation Department, Library, and Cultural Arts Commission for the amazing community events they hosted for Halloween. “The success was beyond our wildest imaginings,” she commented. She also introduced newly appointed Fire Chief Mike Blood who served his first official day on Monday. Blood previously worked in Coronado’s Fire Department for 28 years, before retiring in 2017. He had been serving in interim capacity since July when former Fire Chief Jim Lydon left. Friend also introduced the new Public Services and Engineering Director Leon Firsht, who will start on November 22. He has 25 years’ experience in the civil engineering industry, most recently serving as the public works director for La Mesa.

Friend also mentioned that a Port Commissioner position is open, and a meeting will be held with Commissioner Garry Bonelli, who will be stepping down as his term expires, on November 10 at 6 pm, in City Council Chambers and via zoom, detailing what the position entails and to answer any questions.  Applications are due on November 15, with interviews taking place on November 30, and the appointment by December 21, 2021.

The lifeguards have been actively monitoring Coronado beaches after the oil spill in Orange County and recently found some tar balls on South Beach but have determined they have a fairly low impact. If beachgoers see tar balls, they should not touch them and report them to the lifeguards or police department.

There is good news for Strand commuters with regards to the Avenida del Sol traffic light that has now been integrated into the software program and will connect the traffic lights at the Naval bases down the strand. Friend pointed out that the adaptive program will keep traffic flowing more smoothly. She also noted that the Avenida del Sol cul de sac will continue to be closed, with no parking during work hours. It will fully reopen when The Del’s construction is completed in mid-year 2022.

She invited the public to the Hometown Heroes Ceremony to be held on November 6, from 10:30 to noon, at the CHS Performing Arts Center. This fall ceremony will honor 13 heroes, with banners hung along Third and Fourth Streets from Orange Avenue to Naval Air Station North Island.

Associate Planner Tricia Olsen gave a presentation for a zoning standards exception request for 350 D Avenue.  The Historic Alteration Permit is for a remodel and addition that was previously approved by council, but was resubmitted due to additional changes proposed by the homeowner. It was noted that it had no effect on the Mills Act designation, which excludes non-historic alterations. Both staff and HRC recommended approval and the council unanimously voted to approve this project.

The Cultural Arts Commission will install Coronado Flower Show Banners on the Orange Avenue Corridor from January through March 2022. 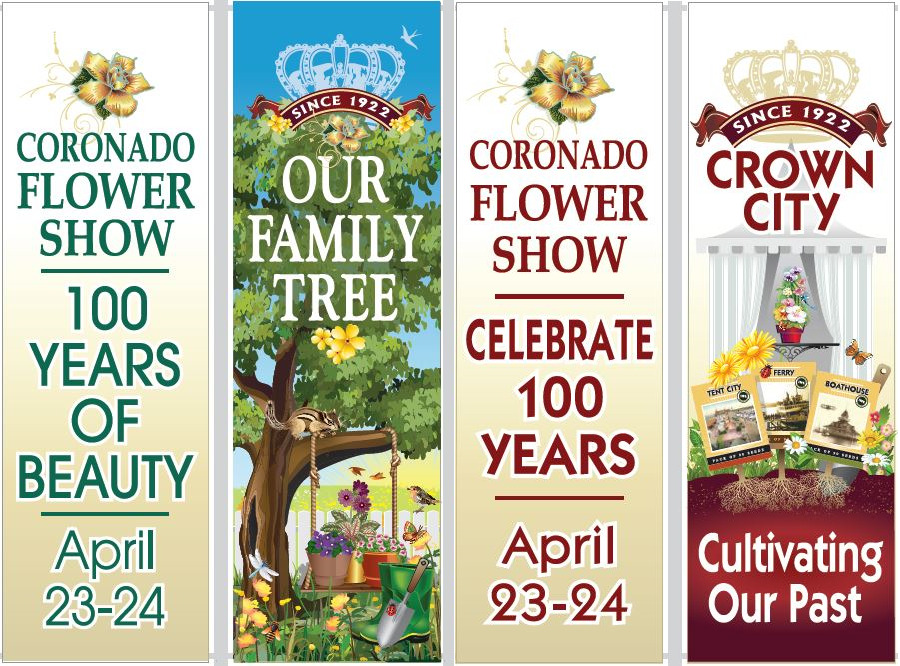 Councilmember Tanaka asked for the introduction of a city ordinance, which would comply with state mandated organic waste disposal requirements, to be approved on the Consent Calendar.

Mayor Bailey mentioned that the final SANDAG Regional Plan will go for a vote on December 10. He also noted that Supervisor Nora Vargas will be bringing forward a South Bay resolution to address the Tijuana River sewage issue. The proposal will suggest which solutions the EPA should move forward with for the maximum benefit to resolve this issue. This will come back to council for approval within the next month.