Homecoming festivities returned to Coronado High School (CHS) for 2021 with a 12-person Homecoming Court, pep rally, parade, football game, and dance. Following a national tradition, Homecoming (HoCo) is planned around a home football game as a way to build spirit across the student body and community as alumni return for a fall weekend home. The CHS student government (ASB) chose the 2021 theme as outer space with the slogan, “Houston, we have a homecoming.”

HoCo activities started in late September with CHS students voting to select the six senior girls and six senior boys to serve on the homecoming court. Members of the court would lead a pep rally dance, ride in the Homecoming Parade and participate in half-time entertainment at the football game.

New for 2021, CHS students were able to submit photos of their pets to earn a place in the 1st annual “Fur Ball” Homecoming Court. Many cute cats, dogs, hamsters and more were nominated, and the student vote led to Eve, a chocolate Siamese cat, becoming queen while Otto the ferret was named king.

Student spirit was on full display during the Friday morning pep rallies. Due to forecasted rain, the pep rally was moved from Niedermeyer Field to inside the CHS gym which meant that the pep rally was held twice to ensure all students could attend in two separate smaller crowds. Six student groups, each led by two members of the Homecoming Court, performed choreographed dances to cheering student audiences.

Here’s one of the dances in this video below:

In preparation for the Friday afternoon Homecoming Parade down Orange Avenue, students from each grade had worked together after school over the previous week transforming golf carts into outer space themed parade floats.

The Class of 2022 selected Star Wars for their space theme and designed their float to be a replica of a TIE Fighter with a Baby Yoda on board. Seniors marching with the float carried light sabers while wearing Star Wars masks and costumes.

The Class of 2023 designed their float around the movie series Guardians of the Galaxy, which is based on Marvel comic super heroes.

The Class of 2025 designed their float around the movie Space Jam which features several well-known NBA basketball stars in both the 1996 original and 2021 remake. The class energetically marched down Orange Avenue, some dribbling basketballs as part of the theme. 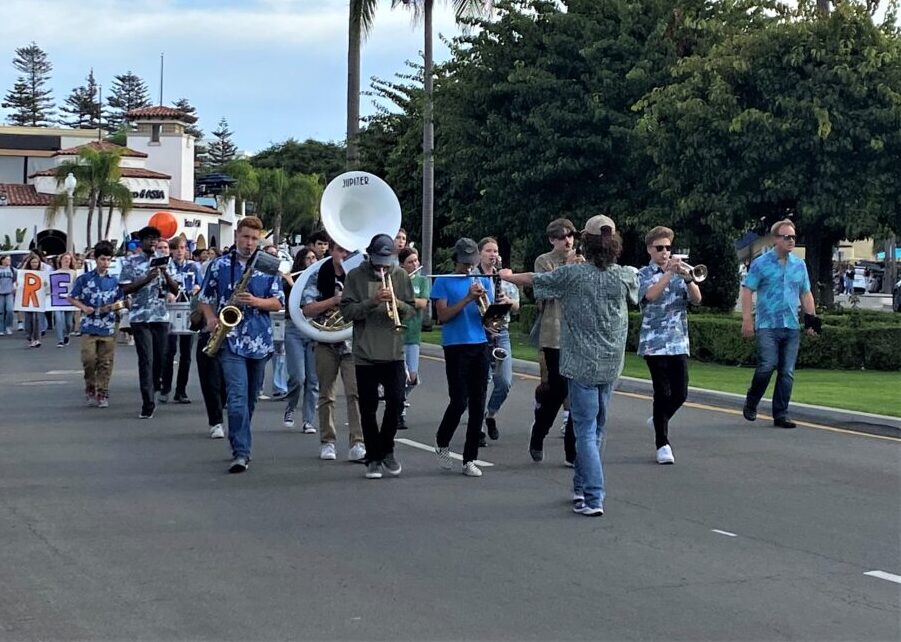 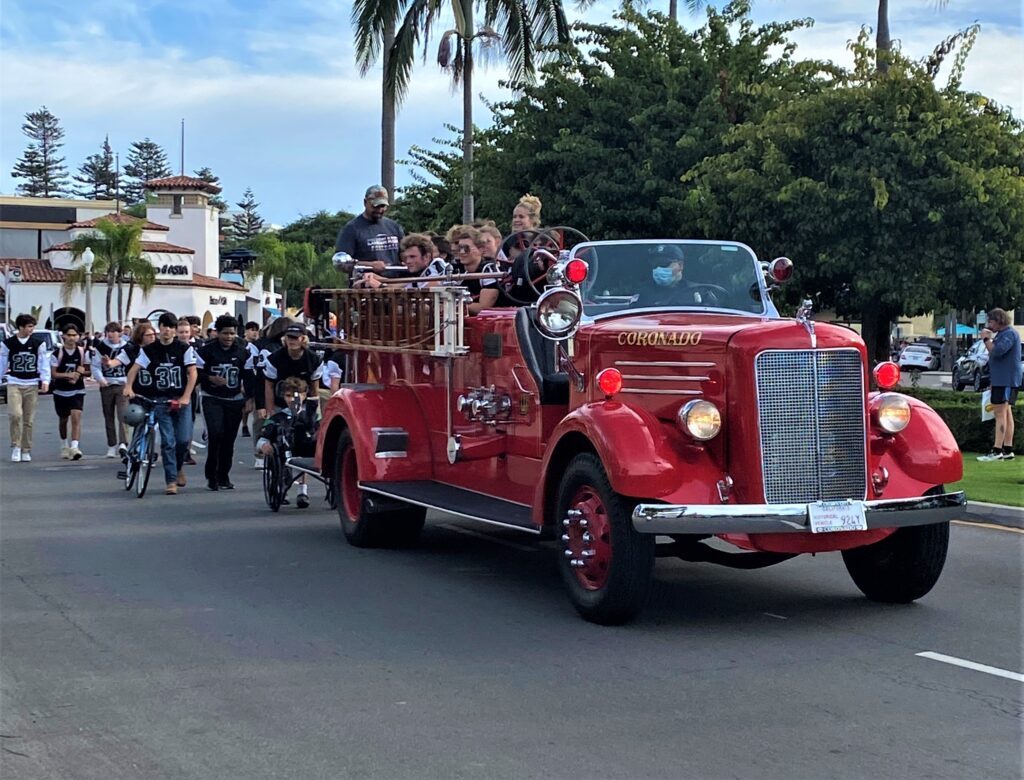 At 7pm Friday night, the CHS Islander varsity football game kicked off against San Diego High School at Niedermeyer field. A large local crowd packed the stands cheering for the home team. During half-time, each member of the Homecoming Court was introduced to the crowd and the King and Queen of the court were announced as Declan Dineen and Nina Pierce.

Unfortunately for the Islander faithful, CHS lost the game to the SD Cavers with a final score of 56-14.

The final event of CHS Homecoming week is the high school dance. CHS tradition has evolved so that students and their parents gather at the Ferry Landing before the dance for photos with friends and dates with the San Diego skyline as the background.

Due to Covid restrictions, ASB students hosted the dance in the open quad on the CHS campus. An earlier effort to hold the homecoming dance at the San Diego Library was cancelled due to changing Covid rules at the facility.

After last year’s Covid-caused cancellation of HoCo activities, the CHS community enjoyed the opportunity to come together and celebrate all CHS students throughout the many homecoming activities.