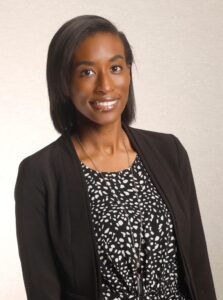 The City of Coronado has announced the appointment of Dominique Albrecht as assistant city manager.

Albrecht, who most recently served as interim Administrative Services director while also serving as the assistant to City Manager Blair King, will fill a seat left vacant by the retirement of Tom Ritter.

“I’m pleased that our new assistant city manager has been actively involved with many aspects of the day-to-day operations of the City,” City Manager Blair King said. “Dominique has been instrumental in the management of special projects, code compliance issues, economic development, labor negotiations, legislative program, grant administration, including an overhaul of the City’s community grant program. Her hard work and experience will serve the City well.”

As interim Administrative Services director, Albrecht performed supervisory duties for the Human Resources, Finance and Information Technology divisions. Prior to working in Coronado, Albrecht worked in housing and community development for the County of San Diego, conducting policy analysis on housing issues for veterans and the homeless; as a marketing and corporate communications manager for an engineering and construction firm; and as a senior business analyst for the University of California, San Diego, Office of Operational Strategic Initiatives. She began her public service career as an analyst for a nonpartisan commission that advises the U.S. Senate on health care policy.

Albrecht has a master’s degree in Public Administration from DePaul University with certifications in Public Management and Metropolitan Planning and Development, and a bachelor’s degree in Law from Pennsylvania State University.

Underneath the bushy branches of an old pepper tree, perched on its craggy trunk, is Coronado’s Tiny Town… a captivating community from the creative...
Read more
City of Coronado

https://youtu.be/SgGa0v7Z_2kThe spring edition of the Avenue of Heroes Hometown Banner Ceremony will be held May 22. Find out all about the virtual event in...
Read more
People

Coronado Rotarians spent Rotarians at Work Day participating in beach clean-ups at the Cays and along the bay at Tidelands Park. Additionally, Rotarians collection...
Read more

Submitted by Scamp Grady (with help from Erin Grady Brown)Should you vote for Scamp to be hired as Coronado's Cat City Manager? Unequivocally, the...
Read more
Community News

Coronado SAFE is partnering with Mental Health America (MHA) in the national recognition of Mental Health Month (May). While SAFE acts as the facilitator...
Read more
Advertisement
Sponsored Partner Links