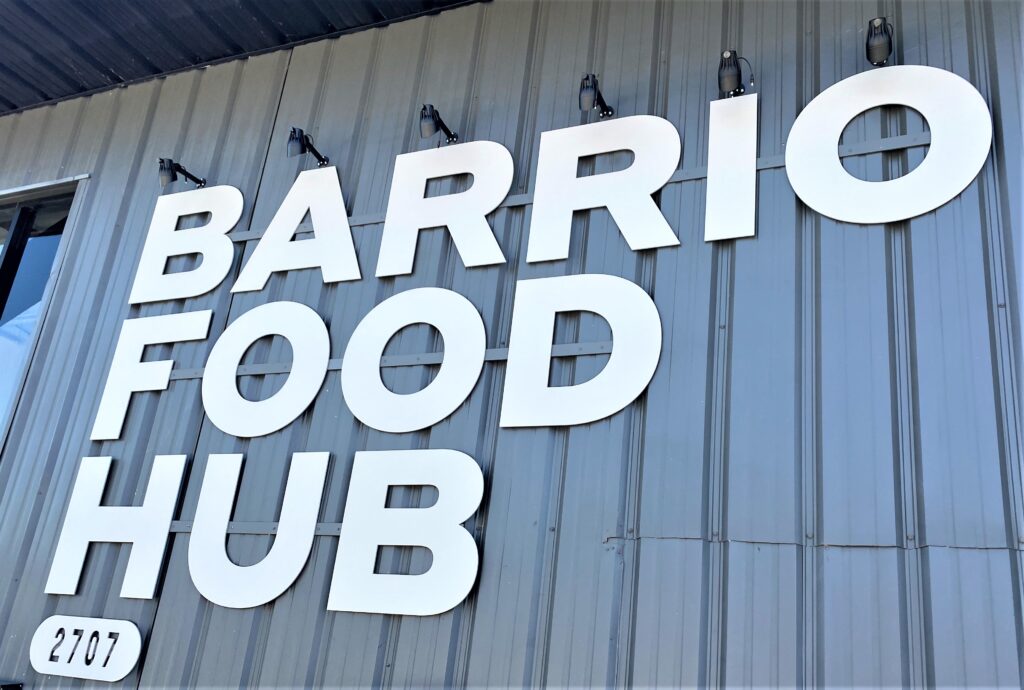 I was amazed when I recently discovered that Coronado had 80 different restaurants, and as a self-proclaimed foodie and a true believer in supporting local businesses, I’ve tried most of them, but admittedly still have a few remaining on the list. While I love my usual favorites, when I heard about the Barrio Food Hub that opened in early February, my interest was piqued, and I decided it was time to call a couple friends and try this new dining experience just over the bridge.

The concept began in 2018 when former Uber CEO Travis Kalanick invested in City Storage Systems, which repurposes under-utilized real estate buildings for new industries. The next year, CloudKitchens online food delivery was founded which now has more than 40 locations in the U.S., U.K., and China. Barrio Food Hub is the first in San Diego, but a second location is slated to open on El Cajon Boulevard in August.

Located in a large warehouse at 2707 Boston Avenue, the building is outfitted with 25 kitchens that are home to up to 45 restaurants, each with their own days and hours of operation. Each ghost- or virtual-kitchen is approximately 200 to 400 square feet and is fully equipped for food preparation, which is especially relevant as restaurants have been hard hit by the pandemic. Chefs are afforded the chance to operate a restaurant without the high overhead costs of a brick-and-mortar setting and the required staffing. Some of the food concepts are new ventures, while others are expansions of smaller businesses or other locations. From simple to discerning palates, everyone in your group is sure to find something to their liking at reasonable prices.

Barrio Food Hub utilizes most food delivery apps such as Uber Eats, Postmates, and Grubhub, so you don’t have to leave home to try the vast array of options. You can also order directly from the website as we did and pick up your food to go.

We gathered on the porch with a computer and reviewed the menus of each restaurant so we could put together a diverse Sunday afternoon lunch. The ordering process was a bit confusing because (we later found out) you can’t be sure of which restaurants are open until you actually go through the ordering process. We wanted to sample a host of options, but after attempting to place the order, we were disappointed to discover that several of the restaurants didn’t open until later in the day. But as an example of the ideal scenario, we ordered desserts from SugarBears Sweet Provisions and our order was immediately available. They are the only dessert purveyor, but other restaurants have a few sweet options. I was most excited to try WTF: What the Fries, which let us place our online order for the Chicken Katsu Fries, but upon our arrival we learned that they were not open that day, and we received a credit for our food.

When ordering, the website has you put in your cell phone number and then sends you a code to use. This must be done for each restaurant, so you have to keep track of where you are ordering from. Once you enter your credit card information for the first restaurant the website saves the information, and you can simply click through for additional restaurant orders.

We ended up getting yumminess from seven places. After ordering, we arrived around 1pm, went inside and were greeted by Nate at the counter, who was welcoming and explained the process, and he brought us our food as it was ready. We appreciated the three small outside tables, so we could share our food onsite as it came out.

The Barrio Food Hub has allowed Cali BBQ in Spring Valley to open a second location and according to Nate it is one of the more popular food options, along with Bird-N-Bun, Fuku Sushi, and FB Nashville Hot Chicken. We highly recommend the hot chicken which comes in five spice levels: Basic Chick with no spice, Fired Up with cayenne peppers, the Cayenne and Habanero Mid Life Crisis, the Hot Chick with Habanero and Ghost peppers, and the scorcher X Wife infused with Ghost and Scorpion peppers. We opted for Fired Up and it was the perfect level of heat in our three delicious tacos for $9.

Our culinary buffet also included six delicious cream cheese wontons for $5.75 and a huge portion of flavorful garlic chicken with veggies accompanied by white rice for $11.95 from Little Chef Chinese. We scarfed down the tasty garlic naan from Tandoori Grill, and also sampled the Tiki Marsala with basmati saffron rice, which was fine but not a standout. We fought over the amazing drunken noodles with fresh veggies and the perfect amount of kick for $12 from Mo’ Betta Noodlery. The teriyaki chicken from Hana Hawaiian Grill for $10.50 could’ve used a little more char and sauce, but the combo plate did include macaroni salad, a Hawaiian sweet roll and white rice. 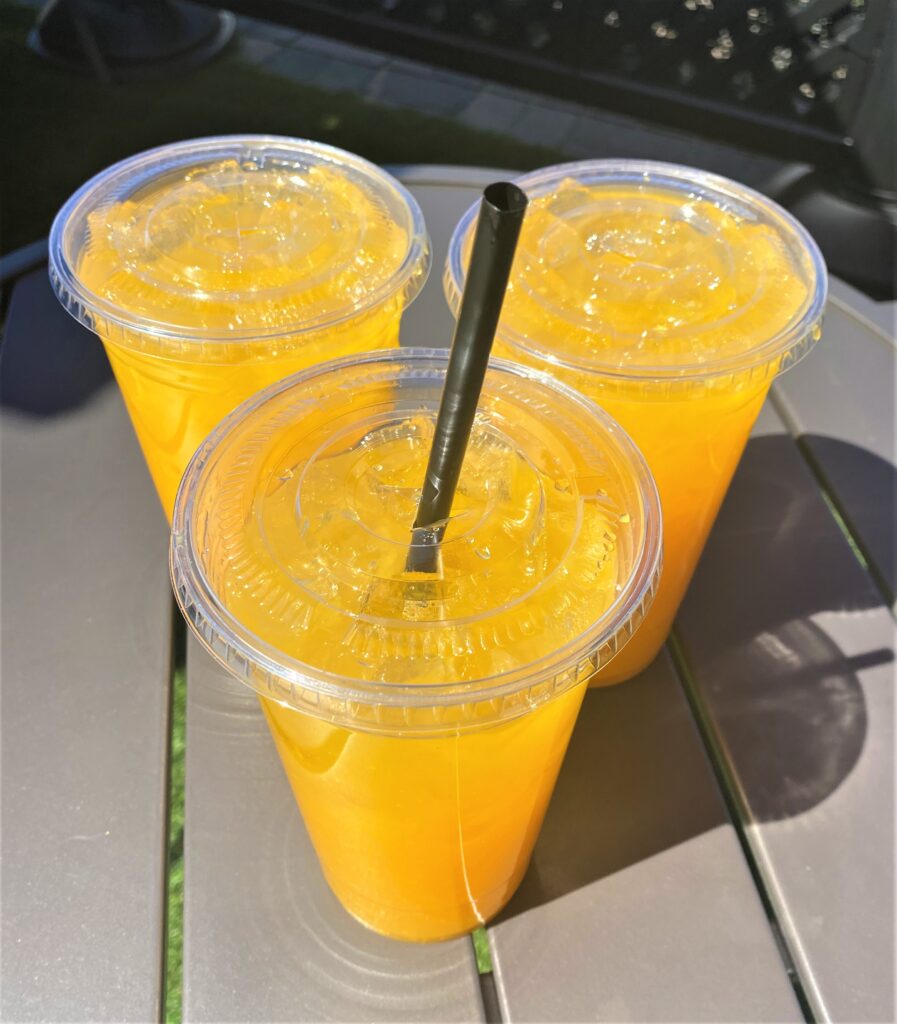 Huge mango agua frescas from El Arabachi quenched our thirst, and we were able to order them onsite. We took our sweet treats from SugarBears Sweet Provisions to-go, and settled in at the Ferry Landing during their Sunday afternoon live music events where we delighted in a perfectly tart lemon cupcake filled with lemon curd, a giant turtle brownie drizzled with caramel, chocolate, and nuts for $5, and the ginormous decadent chocolate chip cookie dipped in chocolate and filled with peanut butter filling — the perfect end to a diverse and tasty meal. There are many more restaurants that we want to sample, so we’ll definitely be trying it again soon.

Treat your taste buds and check out this exciting new bridgeworthy culinary option at barriofoodhub.com/.