One of the upsides of the February 16, 2021 City Council meeting was that I was allowed to attend the meeting in person, with social distancing and masks all around. Mayor Bailey presented a proclamation to Silver Strand Chapter Military Officers Association of America (MOAA) President Robert Breglio and Chris Merwin celebrating the chapter’s 50th anniversary. This chapter was started by Vice Admiral W.R. Smedberg in 1971 with 65 members, and now has over 120 members. The MOAA has 400 chapters representing more than 350,000 members nationwide. Members of the Silver Strand Chapter are involved in a variety of activities including letter writing campaigns through local schools to service members, involvement in community activities and supporting the Naval Junior Reserve Officers Training Corps at Mar Vista and CHS.

The next proclamation proclaimed February 16 as “Rita Sarich Day” and it was a well-deserved honor for this dedicated woman who has served as Coronado MainStreet’s Executive Director since 1999. Rita’s accomplishments include the design and installation of nine beautiful Median Gardens and overseeing the maintenance of all sixteen gardens on Orange Avenue. She has worked tirelessly for more than 20 years to create increased vibrancy, while maintaining the historic feel in the local business districts. She also directed programs such as the Speed Festival Car Parade, Street Banner Coordination, Shop Small Saturday, Downtown Goes Ghostly, Coronado Currency, MotorCars on MainStreet and many more.

Next up was the issue of SANDAG’s Regional Housing Needs Assessment of 912 additional units mandated in Coronado. After petitions and lawsuits regarding the unfair method of calculating the number given the limited space available in Coronado, SANDAG has held firm on its unreasonable demand. Senior Planner Jesse Brown gave a presentation, that the city and consultant identified, on potential sites that could be utilized if needed. This plan is mandated, because without identified areas in place, the city would be liable for penalties for noncompliance. Mayor Bailey emphasized that “the RHNA process is a paper chase. It is government at its worst.”

Brown outlined the potential sites with density estimates for the various types of required housing. RHNA calls for 312 extremely low/very low income; 169 for low income; 159 for moderate income; 272 for above moderate income, for a total of 912 units. Without any changes, a total of 326, or 35 percent, of the required units could be accommodated, with an additional 235, or 25 percent, coming from ADU and carriage house conversions. The report also identified 57, or six percent, of potential units that are available on live aboard boats. So, without having to make major modifications, the city has identified 618, or 68 percent, of the required 912 total.

Next, Brown moved on to potential new areas which included the North Commercial Rezone, encompassing the Smart and Final site and the Broadstone parking lot; city properties including City Hall and the Fire Station; an R-4 up zone on the 500 and 700 block of Orange Avenue, and vacant military land, which was included because this is the first time that SANDAG has ever counted Navy jobs in the projections. All of these sites combined would total 1692 units, which is a 185 percent increase over the RHNA requirement. Since these are just early suggestions, it is important to show more than the needed number of units, because some will potentially not be feasible. See chart for specific details.

Councilmember Sandke was a proponent for exploring mixed use for properties as a strategy, which the Smart and Final parcel would potentially be. Councilmember Donovan proposed taking off the R4 zoning for the Orange Avenue blocks and City Hall and reduce proposed density of the north commercial zone to save for flex areas for later. The Smart and Final site was a deal breaker for Councilmember Tanaka who said, “We need to flex the power we have to keep lower density.” Mayor Bailey gave city staff and the consultants credit for “creative solutions to an undesirable problem.” The tenor of the council’s conversation was frustration at developing a plan that they didn’t even want, but ultimately, they approved it out of necessity. 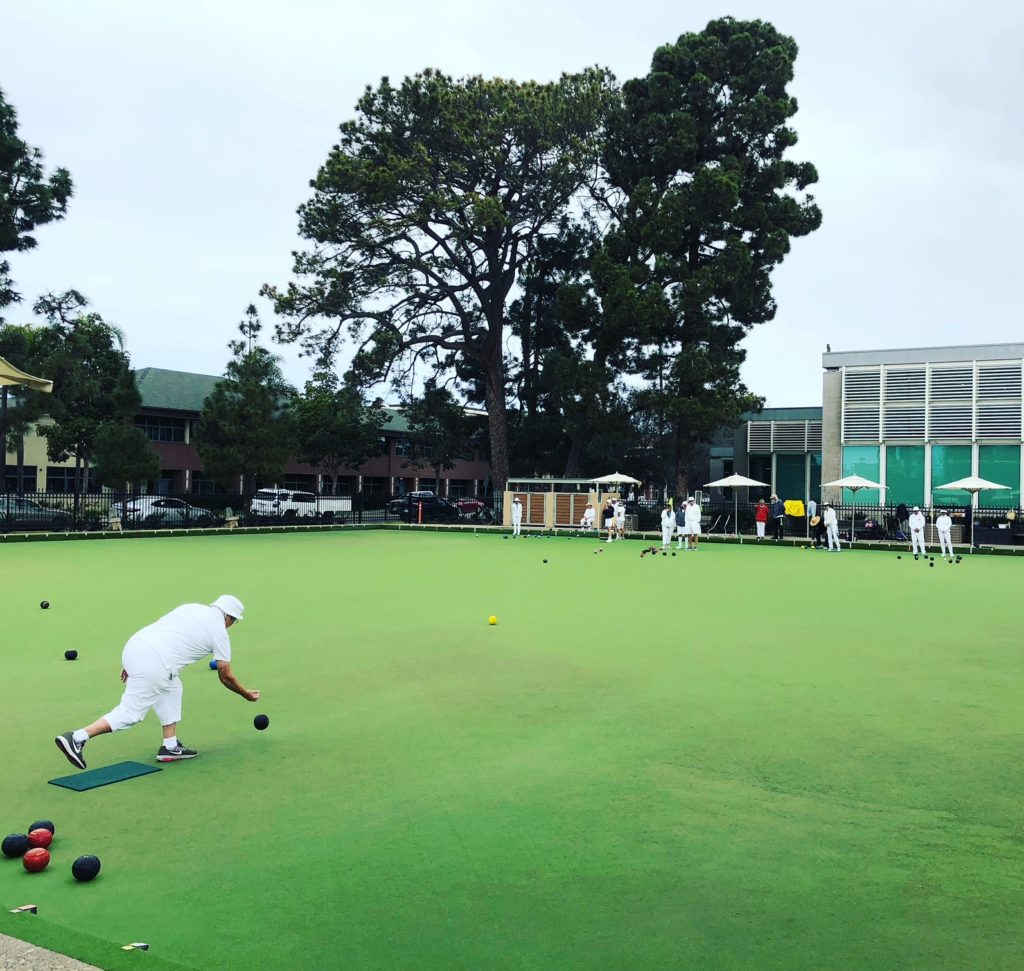 The discussion on replacing the Lawn Bowling Green was smile-worthy at times with Councilmember Tanaka speaking passionately about the “fungus puff balls.” The crux of the problem causing the fungus was drainage and tree root issues, which has severely compromised the artificial turf. Director of Recreation and Golf Services Roger Miller gave a presentation on the city’s proposal to remediate the lawn bowling green, which has obstacles including storm drain problems, maintaining LEED certification, and fungus damage. He noted that the green, built in 2010, had fungus mounds appear in 2019. City staff had proposed removing two large and two small Canary Island pine trees on D Avenue and replacing them with non-invasive root trees from the city’s approved tree list. Concrete vs other barriers was also discussed and Director of Public Services and Engineering Cliff Maurer detailed the drainage options for the project to help eradicate the fungus.

There was debate on putting real grass vs artificial turf, which the lawn bowlers prefer and is easier to maintain as pointed out by Miller. Councilmembers felt that the arborist recommendations and city staff recommendations weren’t necessarily in sync, and ultimately Councilmember Tanka made the motion to move forward with the staff recommendation with no tree removal and to put in as stout a barrier as possible, within a reasonable cost, for the best and longest lasting result. The motion was approved with councilmembers Heinze and Donovan voting against it.

City Manager Blair King gave an update on the relinquishment of State Routes 75 and 282, citing that a Memorandum of Understanding (MOU) had been drafted after the last council meeting and sent to the Navy. Even though the Navy and city officials have not had time to sit down and discuss the issues in detail, King said he had received a brief email from Naval Base Coronado Commanding Office Captain John DePree, who was on hand for the meeting, along with Senator Toni Atkins’ Policy Director Deanna Spehn, via phone, to answer questions. Councilmember Sandke asked why the Navy didn’t see the California Environmental Quality Act (CEQA) as sufficient for DOD and environmental safeguards. All councilmembers were concerned with the language “gaining concurrence” for roadway projects. Councilmember Heinze said that the new wording of the legislation seems to give the Navy veto power over the city streets and the city wants the Navy to be open to being a better partner than Caltrans. Councilmember Donovan said that relations between the city and the Navy have been strained the past six months and wondered what has changed. Spehn said that the new bill gives full discretion to the two involved entities and there is still several months to come to an agreement, before the final Senate Bill vote in August. The mayor indicated “We wouldn’t want to trade one bureaucracy for another, but I’m confident that reasonable minds can move this forward.”

King proposed that they still continue the dialogue, to see if an amenable agreement can be reached between the Navy and the city. He indicated that by continuing on at this juncture, the city isn’t obligated to finalize the process. Councilmember Tanaka stated that he is not a big relinquishment fan, and he abstained from the vote that ultimately approved going forward coordinating with the Navy to adopt a MOU that would be satisfactory to both parties.

Councilmember Donovan praised the Mobility Commission for their grasp of the issues and comprehensive plan to address vital concerns.

The council finished the meeting with the approval, including a few minor tweaks, of a Citizen Survey, which is slated to be mailed to residents in March. The satisfaction survey allows residents to provide feedback on community satisfaction and expectations.