Dan Mathewson Sweeney, 65, passed away October 5, 2020, at UCSD Medical Center Hillcrest in San Diego, Calif. He’d been at the UCSD trauma unit for six weeks following a hit-and-run accident in midtown San Diego. On Aug 21, Dan was returning home from his regular noon AA meeting by bicycle when he was hit from behind by a van. The driver and passenger got out, disentangled the crushed bike from under the front right wheel, and drove away. Dan’s sister Emma and his brother John visited with Dan over the course of the six weeks and while it seemed at first he would recover, though never fully (he’d suffered a traumatic brain injury), it became clear Dan wasn’t going to make it. John and Emma made the difficult decision to move Dan into hospice care on Friday. John was with Dan when he died and Emma was on the phone with the two of them.

Dan grew up in Coronado and was born in Kingsville, Texas, on Aug. 16, 1955, the fourth of five children of John Milton Sweeney of Breckenridge, Texas, and Ethel Marie (Mathewson) Sweeney of Coronado.

Dan’s great-grandfather, J.A. Mathewson, established the first retail business in Coronado, a grocery store on the northwest corner of Second Street and Orange Avenue, called the “Lower Store.” Dan’s grandfather, A.A. Mathewson, was nicknamed “Mr. Coronado” during his many decades as Coronado city clerk. Mathewson Park in Coronado is named in his honor.

“Dan and I’d grown estranged for many years, decades, when I moved to New York in the 1980s,” writes his sister Emma. “He seemed to disappear intentionally, to check out, to be absent from my life and everyone I knew. On the rare occasions when I went to Coronado, I’d ask about Dan: has anyone seen him? where is he living? etc. I’d hear reports – someone had seen him riding his bike in San Diego. Someone had seen him in Mexico, in Todos Santos, surfing.

“Then, in 2012, after our brother Bill’s death, Dan and I started talking on the phone then and for the past eight years talked frequently, exchanged texts often, and became very good friends – and I’m grateful now for the bond we developed over those years. I got to know Dan and to appreciate his kind and sensitive soul.

“What did Dan care about? Helping anyone who needed help. Dan had friends from AA who were homeless, and he would tell me about them. Dan saw the humanity and dignity in the marginalized and forgotten people. What a beautiful gift. I hope always to hold onto that and to make Dan proud of me for doing the same.”

Dan was preceded in death by his parents, and his brothers William Arthur Sweeney and Albert Earle Sweeney. Dan is survived by his brother John Milton Sweeney, of Reno, Nev.; his sister Emma Sweeney Lewis of Millbrook, N.Y.; and his half-brother C.R. “Tiger” Johnson of Coronado.

Donations in Dan’s name to your favorite bicycle advocacy group would be appreciated. According to family wishes, Dan’s remains were cremated and spread into the Pacific Ocean. 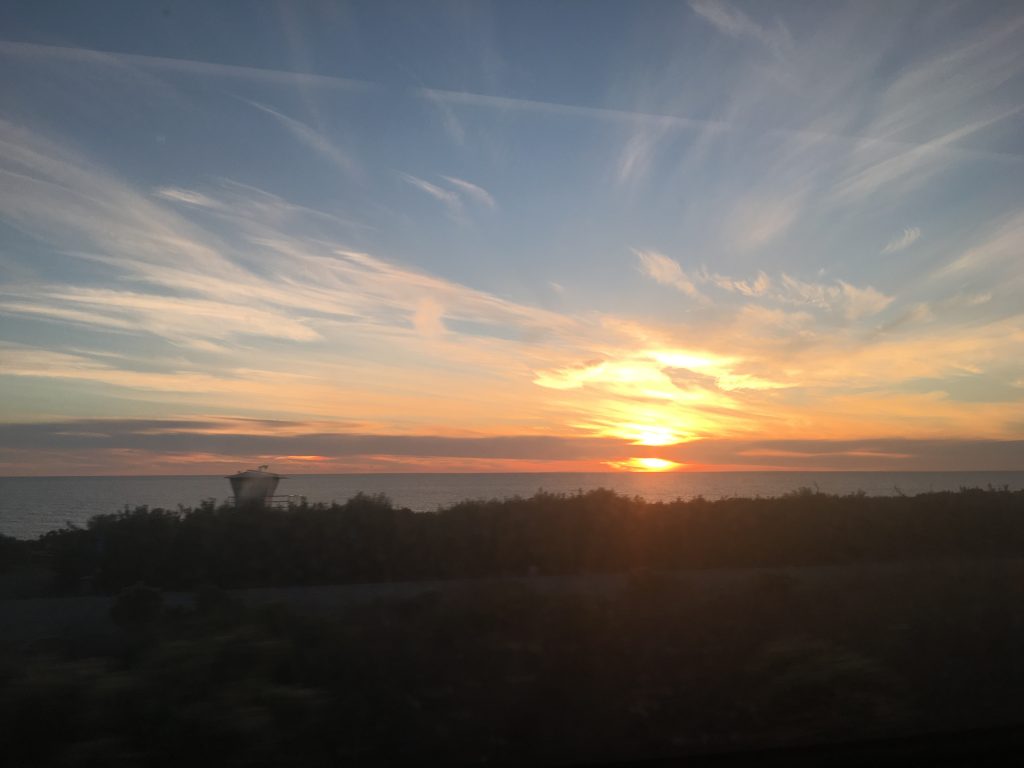 Editor’s Note: This obituary was edited on 10/14/20 with the addition of a high school photo of Dan sent in by CHS Track Coach George Green.