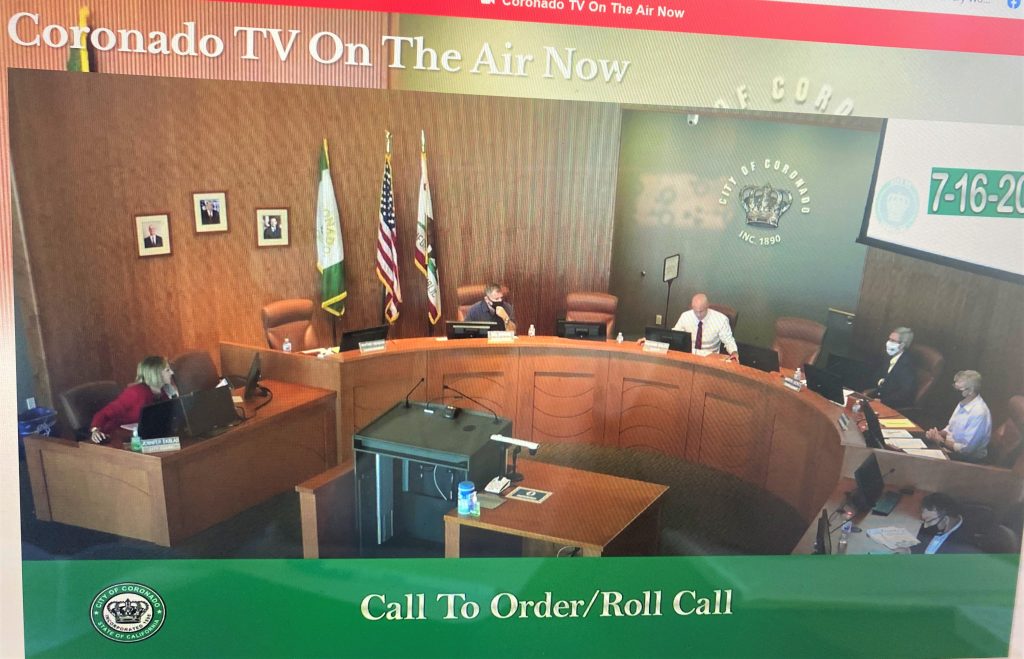 The first motion unanimously approved was for waiving the alcohol prohibition at Spreckels Park for the upcoming “Spreckels Park Outdoor Dining Room” on Friday, July 17, Saturday, July 18, and Sunday, July 19. There will be two seatings of one and half hours each, starting at 5 pm on Friday and Saturday and 1 pm on Sunday. This idea was modeled after a similar program in Paso Robles and is designed to encourage residents to support local restaurants by getting food to go and picnic in the park in a stanchion designated area, across from the Library, near Sixth Street and Orange Avenue. The City will provide a maître d’ to greet guests and another employee to service tables.

Reservations can be made through the Chamber of Commerce at 619-435-9260.  City Manager Blair King indicated that he, along with many others, already has reservations and they will see how successful the program is to consider expanding it; but he is hopeful that things will open up in a couple of weeks, so restaurants can resume indoor service. 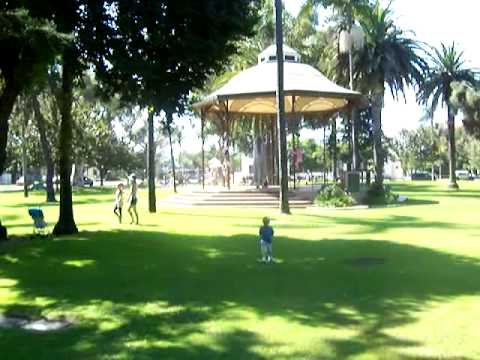 King commented, “Picnicking is already allowed; we are just formalizing this with precautions. We are not encouraging large gatherings.” When asked what types of alcohol would be allowed, he laughed and said it was all inclusive, even “Grandma’s special recipe with gin.” He confirmed that this motion had nothing to do with allowing food trucks. City Councilmember Sandke suggested designating curb space for food delivery. 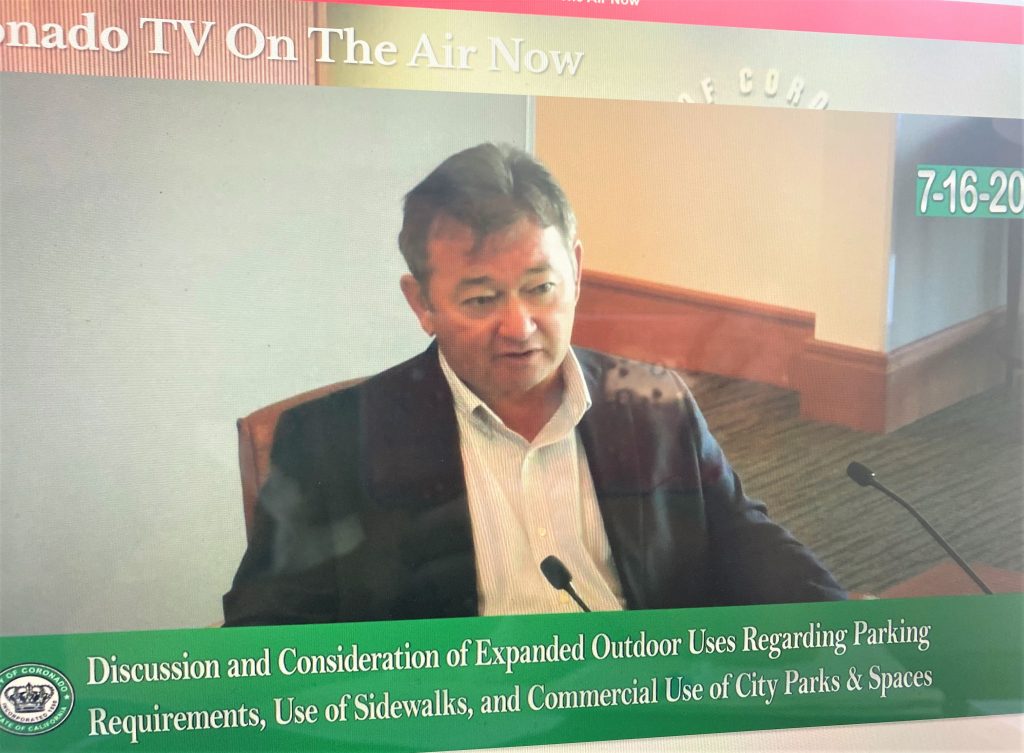 Waiving parking restrictions to allow certain businesses to operate outdoors on private parking lots was the next approved motion. This mainly impacts fitness centers and gyms, allowing them to temporarily operate outdoors for the duration of the County Health Order which forbids them to have clients indoors. Another motion was approved to help gyms continue to operate in public spaces, allowing them to utilize Spreckels Park, Bradley Field, and the beach to hold outdoor classes. The Council delegated the special use permit issuance to city staff and waived fees, also permitting other allowed spaces to be designated by the Parks and Recreation Department. For more information about obtaining a permit please contact Director of Parks and Recreation, Roger Miller at rmiller@coronado.ca.us.

This variance applies to Coronado-based brick and mortar gyms that currently have fitness classes. King said that they have had many requests by individuals previously, but Coronado is a park deficient city with only three park acres per thousand people, so parks space is a precious commodity. Designated times will be from 7 am to noon, with no amplified music or microphones allowed. Councilmember Sandke pointed out that noise complaints could shut this down.

Equipment, such as weights are allowed, but not stationary bikes that could potentially damage areas. Mayor Bailey advised that they follow the County Health Guidelines with regards to the class size of 12. Classes can be scheduled in 90-minute blocks. There was some concern about Little League allowing the use of Bradley Field, which currently can only be used for camps and not games. The Mayor and King pointed out that permission was not needed because it is City-owned, and it was important to allow these local businesses to continue. The Mayor did jokingly say that maybe the businesses using Bradley Field will become Little League sponsors.

The motion that failed was one that would have allowed personal service businesses, like barbershops and hair salons to operate outdoors. The Council did not feel that this was sanitary nor that it would not be authorized by the State Board.

With the recent reduction in COVID-19 restrictions and the expansion of vaccinations, City of Coronado staff is making the following updates to various schedules:...
Read more