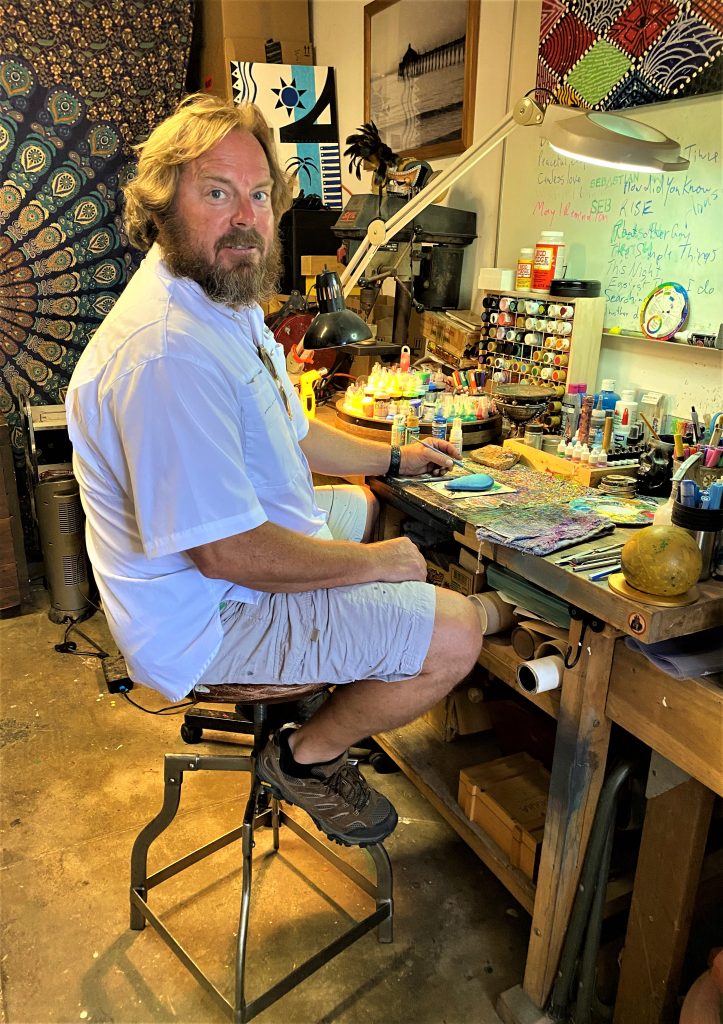 “Today is going to rock!” is the perfect uplifting mantra for these quarantined times. It also aptly describes the life of Joe Kane, nicknamed Joe Rocks. When he retired from the Navy, after 26 years as a photojournalist, he wasn’t sure what life had in store for the next chapter of his life, but he ended up trading in his pen and camera for a paintbrush and found his artistic passion in painting and hiding rocks. I first heard about Joe on the Coronado Rocks Facebook group, when I bought a hand painted tandem bike themed rock more than a year ago. I remember the plain pet rocks from my childhood, but these are on a whole new level. Since my mantra for this stay-at-home time is joy, I thought finding out more about the current rock craze was something that would bring happiness and a creative outlet for both kids and adults, who are now home together way more than usual.

I discovered that the rock movement resonates worldwide and is often attributed to being started inadvertently by Megan Murphy in 2015 when she wrote “You’ve got this” on a rock and left it on a Cape Cod beach. Thus, The Kindness Rocks Project was born as she continued to leave more inspirational messages on rocks for people to find. Locally, the Coronado Rocks group was started by Linda Kullman and is now run by Jackie DeLuca Harbour, an avid rock painter. The site allows people to share pictures of rocks that they’ve painted, as well as post pictures of painted rocks that they’ve found. There are many local rock painters, including Rhonda La Flamme, aka “The Rock Fairy.”  Thelma is another painter, who before the quarantine regularly hid rocks around the hospital during her visits. There are rocks groups all over the world with thousands of members. There is also an IB Rocks group. 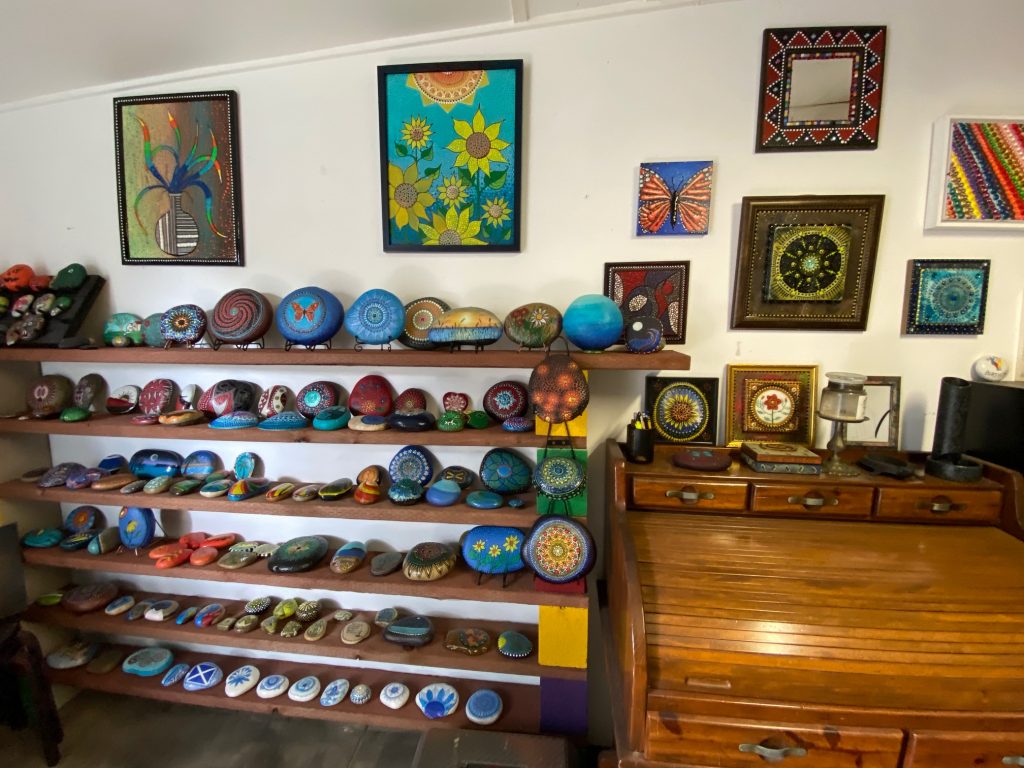 Encouraging everyone to get involved, whether they want to do it just once or forever, Joe promises it will be rewarding in numerous ways. His wife and kids have found it really isn’t their thing, but encourage him in his new obsession, as they fondly call it. He estimates that he has painted more than 1000 rocks and currently has a collection of about 400 in his garage studio. He has also gotten into painting canvases during this journey of learning all he can about the art of painting. “This has been a great way to transition into this new phase of my life. It’s amazing to see the enjoyment that kids and adults alike get from it,” he comments.

To paint a basic mandala rock takes just under an hour, but intricate designs can take many hours, he points out. Always on the hunt for something new to paint, he finds inspiration all around him. As a photographer, writer, musician, he is an artist at heart, and sees each rock as a new experiment. He enjoys this creative outlet to try new things. No two rocks he creates are the same, but sometimes he does series or themes, such as African art, flowers, or mandalas. He doesn’t have an all-time favorite, but relishes the connections and stories that he hears from people as they find meaning when they discover the rocks he hides almost daily. He posts clues on his JoeRocks Facebook page and then the hunt is on with people often requesting additional clues to find the treasured rock. He shared the story of a lady who found one of his early penny-themed rocks near the police station and it touched her because it was like a direct message from a deceased relative who had a special penny luck saying. 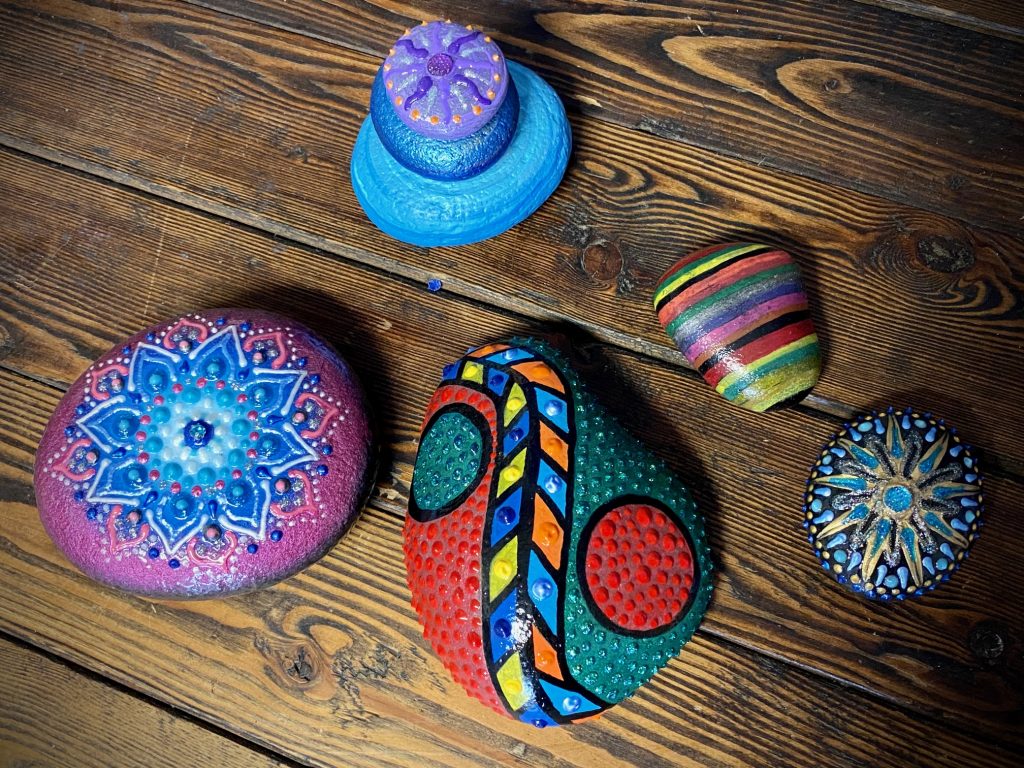 “What someone sees is subjective to their own experiences,” he points out. There is a surge of excitement when finding a rock. Some people keep them and others rehide them.  Often, they contain positive messages which provide a little spot of joy for the finder. There are so many inspiring stories where people have been personally touched by the rock they find. “Often a simple design can have profound meaning to people,” says Joe. “Art is interesting in that it connects people in ways that aren’t always obvious.”

He hasn’t tried any military themed rocks yet, but he isn’t ruling them out. “This has been very helpful to combat my PTSD from four years doing military combat photography. As I paint bright, cheerful, happy things, it helps me replace my dark imagery with positivity.” 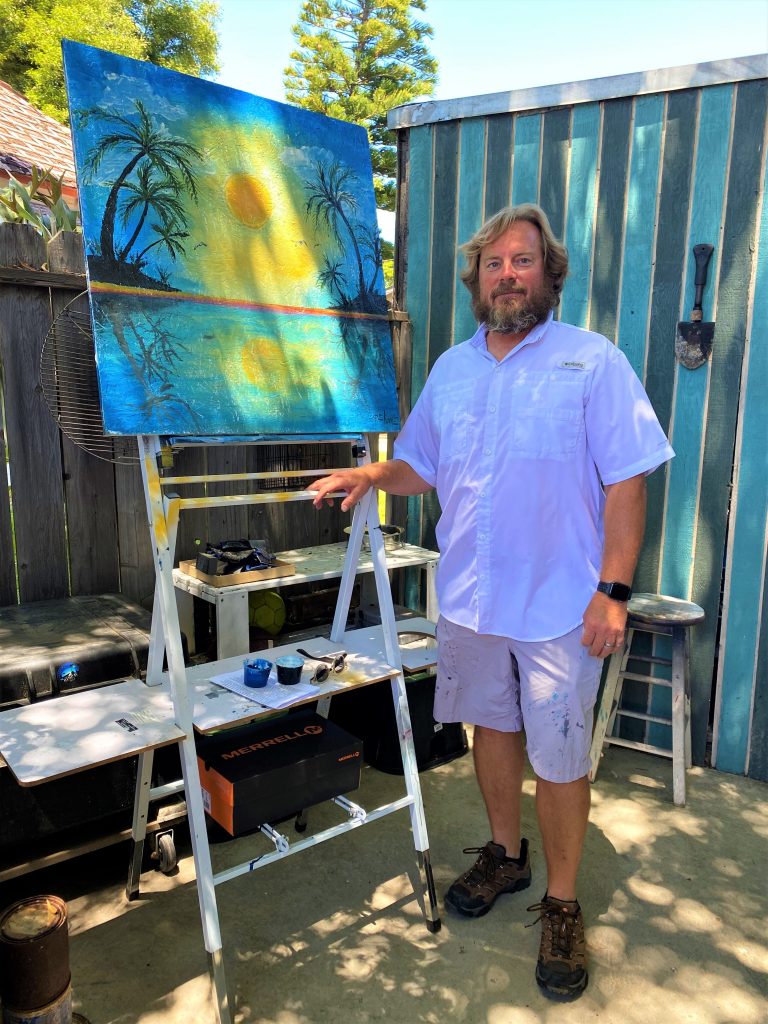 Joe points out that artists often use multiple mediums for their creative outlets. He went from using his camera and writing to painting rocks about four years ago, when he found a rock from Santee Rocks with his children at a local park. He thought “I could do that” and what started as a whim turned into a community connection that he cherishes after being deployed for so many years.

Rock painting and hunting can be an uplifting activity in these trying times. It doesn’t take much to get started, so it can be an easy creative outlet for parents to get their kids involved in. Here is a simple supply checklist and you may even have everything around the house. 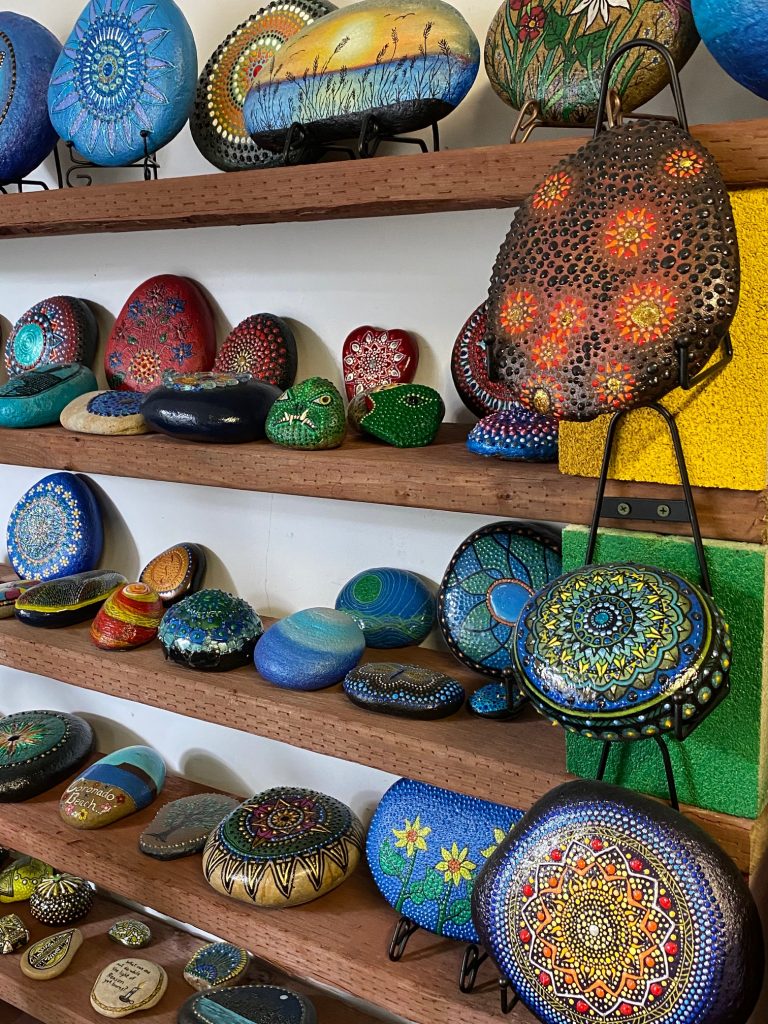 Check out Joe’s YouTube videos at Joe Rocks Coronado. He has had classrooms watch his videos to learn more about rock painting. Painting is just the first part; the hiding and hunting make for good sport and if you mark your rocks you can track where they end up. Joe gets a kick out of seeing his rocks travel nearby and also overseas. “It’s like a scavenger hunt with layers,” says Joe. “I have been amazed at the community support through Coronado Rocks and I have met some great people.” He shares that there are different reasons people are attracted to rock painting. Some do it for the artistic expression to create masterpieces, while others paint a multitude of simple designs to hide and connect with the community. Others just love the thrill of the hunt.

Challenge your family to a scavenger hunt – take a walk and look high in trees and low in plants, and I encourage everyone to get involved with rocks, whether it be just to paint one or two or hundreds or try to find a special one to keep or pass on.

Joe sells some of his rocks at Emerald C Gallery, 1331 Orange Ave. Some other websites for inspiration are: www.ilovepaintedrocks.com and www.paintedrocklife.com

"We need to start the conversation of racial inequality early at home and then continue it all through school. Education is one of the...
Read more
People

"I believe that the world is changing, and we must now challenge ourselves to see all views,” says Andrea Kane, who is married to...
Read more
City of Coronado

Every day is a new shopping adventure, with many rooms to explore, at the newly opened Sand, Beach and Bikini boutique. Owner Sandy Johnson...
Read more
Dining

I’m not sure any of us truly understood how much we liked dining in restaurants until we were quarantined with stay at home orders...
Read more
City of Coronado

City Manager Blair King had lots of positive community updates to share in his opening report. Dog lovers will be ecstatic to learn that...
Read more
Advertisement
Advertise Here (Get Rates)