The Show Will Go On! CSF Telethon Rescheduled for May 6

Continuing the Tradition in an Effort to Connect the Community. 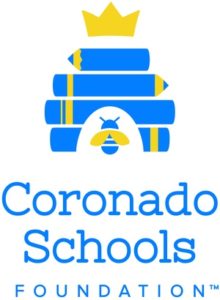 The 33rd annual Coronado Schools Foundation Telethon, originally scheduled for Wednesday, March 18th, has been rescheduled for Wednesday, May 6th from 5-9 pm. As with so many events, the telethon was cancelled in response to COVID-19, but the CSF staff has been working with the Coronado Unified School District to find creative ways to allow the show to go on. While unable to host a live showing at the Coronado High School theatre, where hundreds of Coronado locals usually rally to support the STEM and Arts Pathway programs sponsored by CSF, this year’s telethon will be broadcast live and virtually on AT&T Ch 99, Spectrum Ch 19, and coronadotv.me and csfkids.org/telethon. During the telethon viewers will be able to call in donations or go online to csfkids.org/give and choose which school they would like to donate to.

Jeanmarie Bond, the new president and CEO of Coronado Schools Foundation, will be the “socially distanced” host for the 33rd annual Telethon. “Coronado is a community that cares – I think that’s one of the hallmarks of our city. And we at Coronado Schools Foundation care deeply about the students and families in our District,” said Bond. “We want to make certain that we stay connected. These are unprecedented times, with everyone hunkering down and staying at home. That’s exactly why we decided to go forward with this Telethon virtually – to connect with one another, reinforce that we are all in this together, and celebrate this wonderful community that is Coronado!”

With student hosts and special guests from the community, this year’s lineup offers viewers a chance to feel engaged with their classmates, teachers, school administrators, and friends. From game shows to cooking competitions, students, teachers and community leaders will be on hand to entertain.

New this year is an ingenious competition called “Schooled It!” where pairs of teachers from all four school sites compete to create a professionally decorated Buzzby Cake. 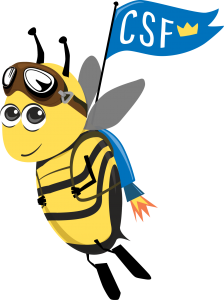 New York Times bestselling author and TV celebrity chef Melissa d’Arabian hosts this hilarious challenge, prerecorded by students enrolled in the KCMS Broadcasting Class at the middle school. “As a parent with three daughters enrolled in Coronado schools, I am so appreciative of the enrichment programs CSF provides for our kids,” notes d’Arabian. “All of this is made possible by the generosity of our amazing community of donors.”

The Telethon is made possible by Presenting Sponsor Swinerton and Swinerton Renewable Energy, pivotal partners in the $125 million Hotel del Coronado renovation project, along with Producing Partner Mullins Orthodontics and Golf Cart Opportunity Sponsor Willis Allen Real Estate of Coronado. Block Partners for each of the hours include the Hotel Del Coronado, Buona Forchetta, Alan Kinzel from Douglas Elliman Realty, and Dr. Natalie Bailey from Advanced Dentistry in Coronado.

Underwriting Partners for the production are La Mer on Orange Avenue, Spiro’s Greek Café, the Chisholm Mickel Team from Berkshire Hathaway, Clayton’s Coffee Shop, CMG Mortgage, Nicolls Design, and Navy Federal Credit Union. A team from Finest City Entertainment will produce and broadcast the show, with dozens of Coronado community members working virtually to ensure this show is a success.

Village Theatre shut its doors in mid March and still does not have a reopening date. Lance Alspaugh of Vintage Theatres laughs, "I wish...
Read more
Community News

Spread of the novel coronavirus has caused the County of San Diego to be flagged by the California Department of Public Health, positioning the...
Read more

Give to Coronado Public Schools, Save Money & Support Local Businesses

Want to save a percentage off your entire bill at multiple local restaurants, enjoy a bottle of wine with friends at half price, get...
Read more
Business

Buy One Give One – Support Coronado Schools Foundation & SAVE

With the holidays right around the corner, have you already started thinking about the perfect gifts to buy for your family, friends, service workers...
Read more
Community News

Coronado Schools Foundation has a job opening for a Development Coordinator. This Coordinator will work with the Director of Development. Position Overview: Responsible for event...
Read more
Advertisement
Advertise Here (Get Rates)