We would like to again first offer our sincere thanks and gratitude to all of the dedicated medical professionals and first responders who are taking on this virus for the benefit of us all.  Also, we are very thankful for the great work of all employees in the grocery and home goods stores that are enabling us to keep food on the table for our families. 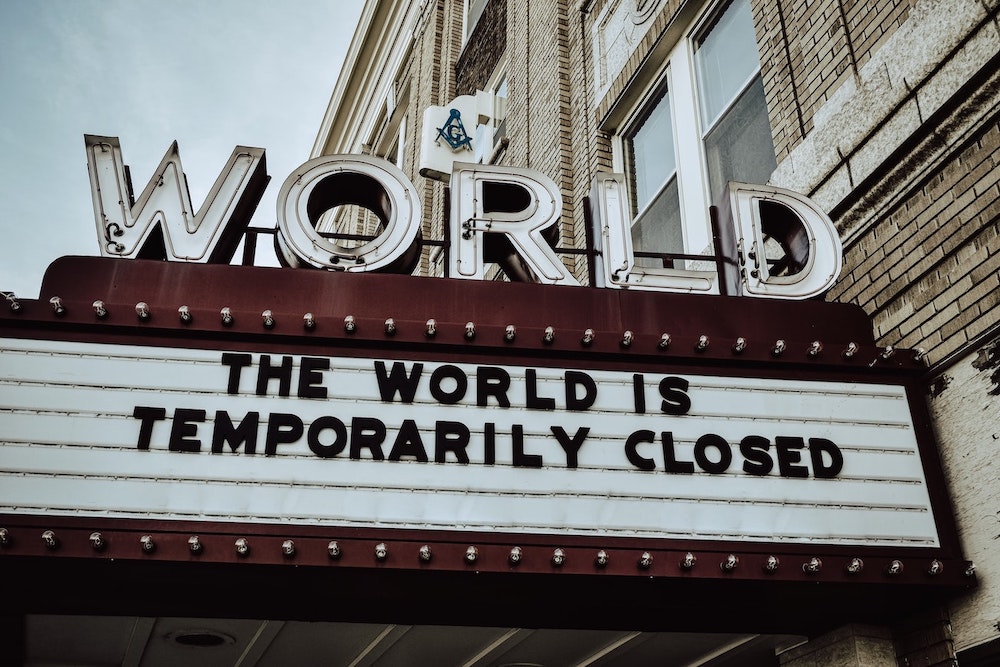 Well, it was quite an eventful first quarter. Sometimes I struggle a bit to find incisive and gripping financial topics to cover in this quarterly letter after a ho-hum period in which stocks have drifted lazily higher. Not so this time, however, as the arrival and rapid spread of the coronavirus across the U.S. brought historic volatility to our financial markets. After reaching an all-time high on February 19th, U.S. stocks (as measured by the S&P 500) fell 34% over the next 32 days in the quickest descent into a bear market (down 20% or more) from all-time highs ever. Legendary investor Sir John Templeton used to say that markets bottom at the point of “maximum pessimism.” This is certainly an apt description of investors’ mood during March, when many were rushing for the exits, selling assets of all types. Since March 23rd, a day of extreme pessimism, U.S. stocks have rocketed nearly 25% higher. As I write this piece on Thursday afternoon, the S&P has just climbed 12% in its best week since 1974 (and it did so in only four trading days due to the Good Friday market holiday.) There is, of course, no assurance that these gains will hold, as there are surely many weeks of grim health and economic news in front of us. That being said, there has been a definite change for the better in the collective outlook of investors.

Investor sentiment has gone from near-apocalyptic to cautiously optimistic in just two weeks, despite the fact that we are just entering a deep recession and that a staggering and unprecedented number of Americans have lost their jobs in the last three weeks. Why? There are three major reasons.

The first reason is that the progression of the virus across the country is being better measured and understood, and projections for its peaks in certain hard-hit areas, including New York City and New Jersey, are drawing closer. We have also learned that social distancing is effective in slowing the spread of the virus. While the illness and death toll will of course be terrible and heartbreaking for many, the scope of the public health and economic challenge is coming more into focus with each passing week.  With a growing belief that our economy will begin to reopen slowly in a few months, investors seem to believe that a lasting Great Depression-style contraction in our economy is becoming an ever more remote possibility.

Reasons two and three are the two massive monetary and fiscal bazookas brought out by the Federal Reserve and by Congress, respectively. The Fed’s actions to contain the economic damage from this crisis are without precedent. First, it took interest rates to zero and backstopped liquidity in the credit markets with a raft of measures. Then, just today, it announced further steps to support the economy and markets during this steep economic contraction. Specifically, it is launching $2.3 trillion in lending programs to support small and midsize businesses, as well as U.S. cities and states. Few people argue that the Fed is not doing enough to help matters.

Congress has also acted forcefully to support the newly unemployed as well as the many struggling businesses by passing a $2 trillion fiscal stimulus package. There is likely more help coming from Congress in the coming weeks and months. Never before has there been stronger coordinated action from the federal government to support our economy.

Getting America Back to Work

Restarting a $22 trillion economy that has been in a self-induced protective coma will surely be a gradual and bumpy process. But once we have the spread of the virus under control, through more testing, faster diagnoses and effective treatments, our economy will be able to start coming back to life. In the meantime, I hope you and your families all stay safe and healthy.

I welcome your comments and feedback. Please contact us if you have any questions about the markets or your portfolio.

Read more of our Commentary here.

Chamber Executive Director Weighs in on Local Business During Coronavirus

Nearly four months into Coronado businesses battling the coronavirus pandemic fallout, checking in with the Chamber of Commerce provided some insight into what it’s...
Read more
Business

How Can Stocks be Going Up? (Video)

Peter Thoms, Orion’s Founder and Portfolio Manager, provides a stock market update and answers the question: “How can stocks be going up when the...
Read more
Business

COVID-19 and Your Money

A New Reality Covid-19 is laying siege to our way of life. People are now fearful, and fearful people change their behavior. They have canceled...
Read more
Business

Financial markets in the U.S., until just over a week ago, seemed to be collectively thinking that the coronavirus would remain mostly an Asian...
Read more
Business

The story of the year so far for the markets and the world, of course, has been the coronavirus outbreak in China. At present,...
Read more
Advertisement
Advertise Here (Get Rates)