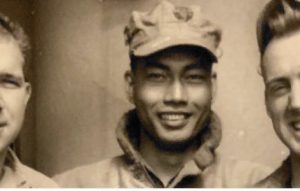 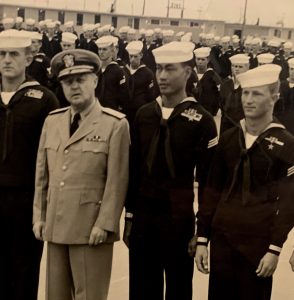 Although quiet and soft-spoken about his activities during his military days, Lucio Delacalzada was a strong and proud member of the Underwater Demolition Teams 12 and 3 (UDT) and SEAL Team, that spanned 22 years in the United States Navy, training at the Naval Amphibious Base in Coronado.

Lucio’s military citations often described his highly regarded actions as “daring initiative,” “zealous devotion to duty,” and “marked courage.” One citation in particular noted, “Participating in night landings behind hostile lines throughout this period, Delacalzada unhesitatingly swam ashore to enemy-held beaches to ascertain the position and strength of hostile forces in the area. When it became apparent that the beaches were secure, he signaled the landing element and skillfully guided the boats ashore.” 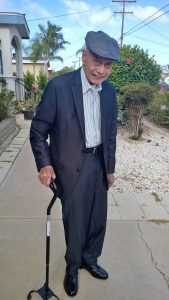 Lucio would continue a life of service volunteering at St. Charles Church near Imperial Beach. Serving in many capacities including the Church Sacristan, Lucio would always be seen at Church activities, including volunteering at the annual Bazaar where he would oversee the popular Deep-Pit BBQ luncheon. Lucio would also help to drive the Priests to various functions and appointments. His devotion to his family and his faith were unwavering, and he held multiple jobs after he retired from the military, to ensure he provided for his family.

Lucio passed away peacefully September 26, surrounded by his family and loved ones. Services for Mr. Delacalzada will be held at St. Charles Church, 990 Saturn Blvd, San Diego, CA 92154 on the following dates and times: Viewing and Vigil: Friday, October 11 from 6:30 p.m. to 9:00 p.m. and Funeral Mass: Saturday, October 12 at 9:30 a.m. Burial will be at Holy Cross Cemetery. 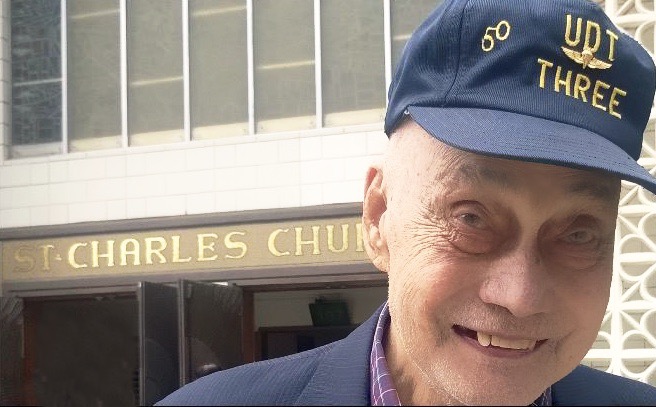