Tuesday, October 1 marked the launch of the new Coronado-San Diego Ferry timetable, which featured the addition of a sixth service to the morning ferry schedule. The fifteen-minute boat ride between the Coronado Ferry Landing and Broadway Pier in Greater San Diego begins service weekdays with a 4:50 am departure from Broadway Pier and departure from the Coronado Ferry Landing at 5:10 am.

Thanks to a three-decade-long investment from the City of Coronado, ferry trips originating before 9:00 am from either the Coronado or San Diego port locations are free to the public. Passengers who take advantage of the morning commuter service are issued a free return ticket to use during any time of day on either of the ferry services between Downtown San Diego and Coronado, which run until 10:30 pm daily. 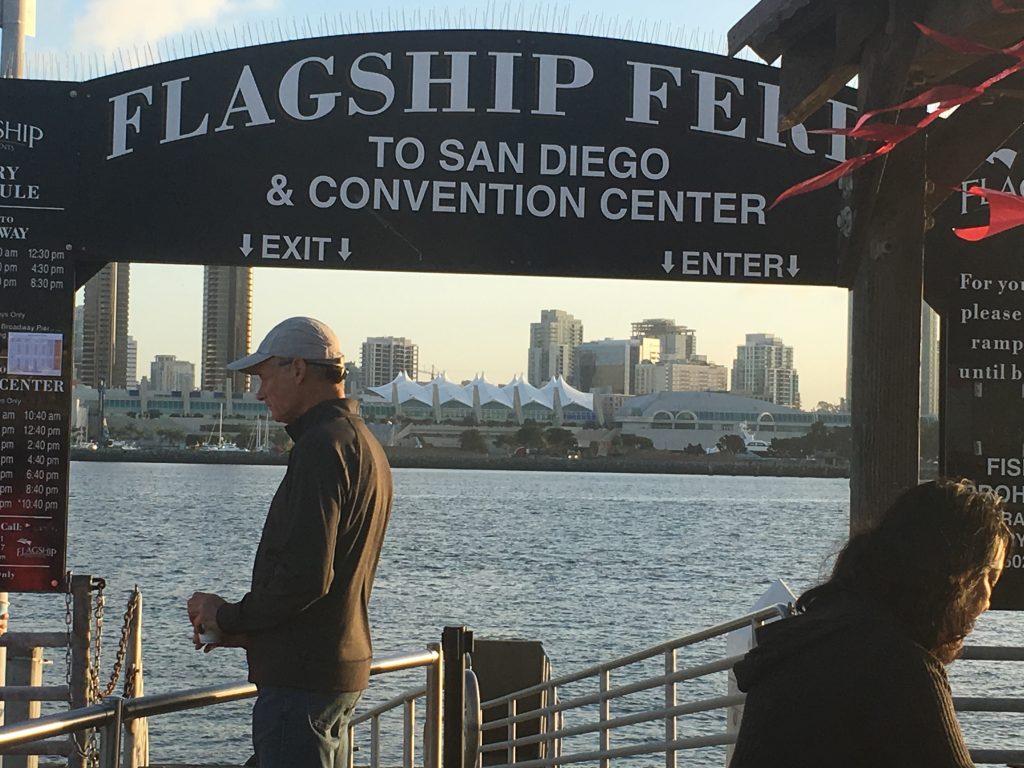 According to City of Coronado Mobility Commissioner Alex Jackson, who attended the launch party, the ferry service is intended to provide commuters easier access to and from the island during peak travel times.

“The increased number of (ferry) runs between here and the city are key,” explains Alex, who uses the ferry as a commuter himself. “We are trying to promote an environment of choice and commuting in different ways – not necessarily always going across the bridge. Look at the bridge now – it’s packed. Whether it’s getting to the island for those who work on base or vice-versa, alternative means of transport are really important.” 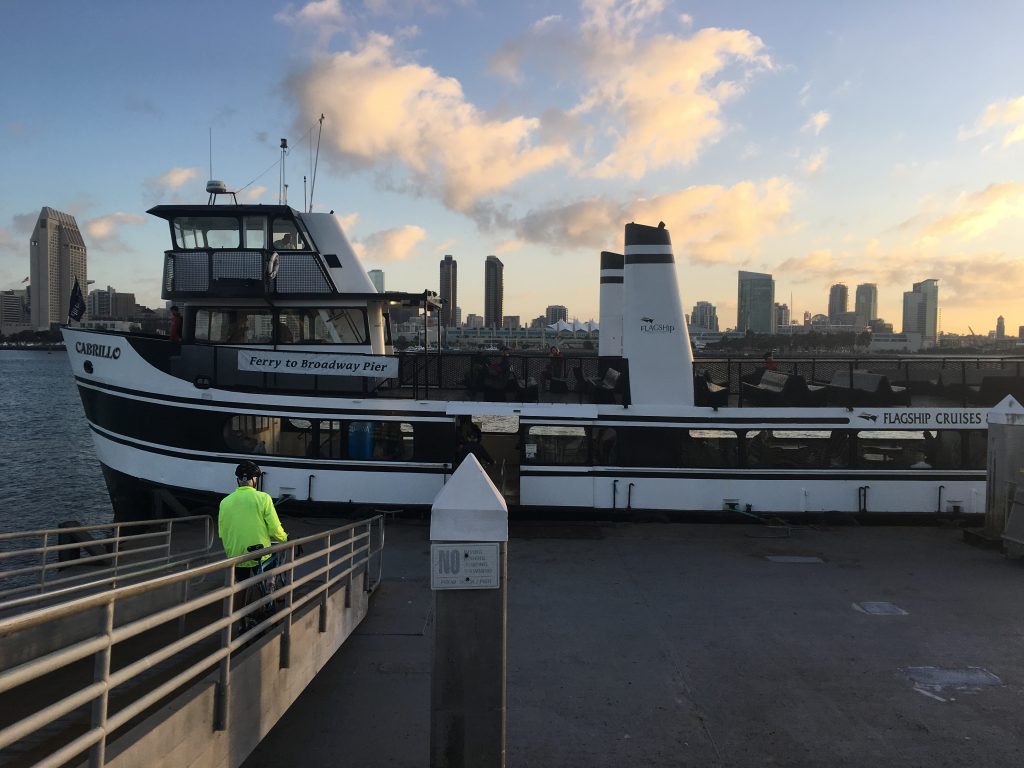 Coronado resident and proud Rotarian Dan Orr was also in attendance at the launch festivities, with a pocket of ‘vintage’ ferry tickets from prior years. Dan was pleased with the schedule changes and voiced his support for the new timetable. 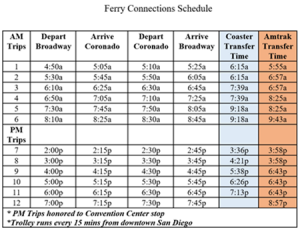 “It matches up with the Amtrak timetable now,” says Dan. “The old schedule meant that the boat arrived at Broadway at 5:55 am which was the same time the Amtrak departed. It’s much better coordinated now.”

Thanks to the support of Holland’s Bicycles and Flagship cruises, attendees of Tuesday’s morning event were eligible to win a range of transport-themed prizes including a Trek bike, bicycle accessories, and Jet Boat and harbor cruises.

City of Coronado Senior Management Analyst Kelly Purvis participated in the festivities for the media event and shared her own enthusiasm for the Coronado-San Diego Ferry Service. “It was really fun watching the hundreds of people who use the ferry each morning. A good number of Coronado residents utilize the ferry to volunteer at the Midway Museum. Great commuters, Great attitude. How could you not like commuting with this view?” 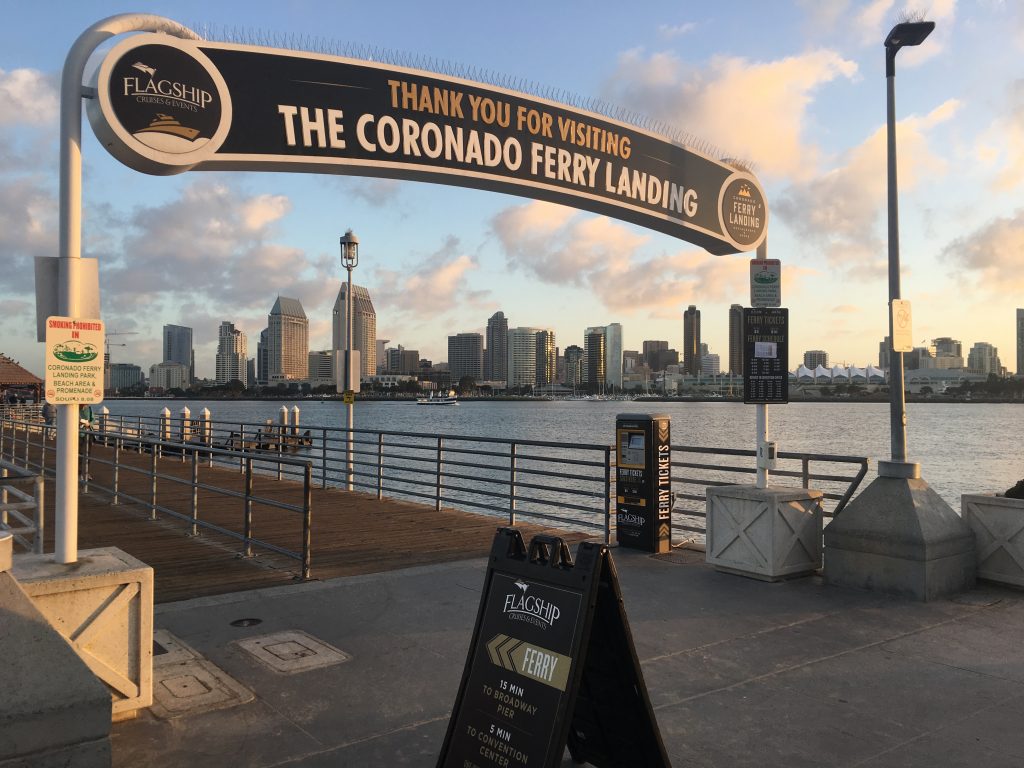